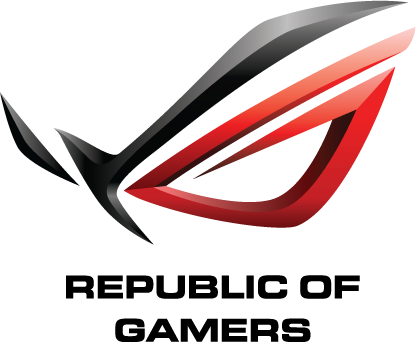 The GTX 970 launched back in September 2014. Back then it was regarded as a staggering leap in price/performance for desktop graphics cards. It has now been more than half a year since the launch of that card and we’re going to find out if it still offers the same kind of value now, as it did back then. Several things have changed since the launch of this card. Especially for us Canadians.

Back in September when this card was first launched, the MSRP was 299.99 USD. At the time the Canadian dollar was very close to par with the US dollar. As such, the retail price in Canada for such a card, was hovering around $360-380. Since that time, the Canadian dollar has sunk dramatically against the US dollar, and because of this the retail price in Canada has gone up significantly. As of writing this article, a GTX 970 will set you back around $440 CDN.

Today’s evaluation will be centered on Asus’s GTX 970 Strix DC II OC. This is Asus’s factory overclocked version of the 970 which has a custom PCB, and uses Asus’s Direct CU II cooling system.

Asus has a long history of selling products that have been very well built. They employ some very talented engineers, and they always build custom variations of their graphics cards. Lately, Asus has been putting the Strix name on their top quality cards. The word is Greek word for “owl” and the company is using it as a metaphor for the capabilities of their cards.

The GTX 970 Strix OC edition definitely lives up to the title, even in appearance. It’s very easy to see the resemblance of an owls face when you look at the card. The shroud around the 2 fans has distinct features that are clearly inspired by the nocturnal bird. Even the centers of the fans have red circles that appear as though they are eyes.

Behind the 2 large fans, you’ll find the Direct CU II heatsink, comprised of thin aluminum fins with 3 large copper heat pipes running through them. The copper pipes come to a point over the GPU in a large copper base. This tried and tested design has been used for several generations of GPU and just keeps getting better. With the low power draw of the Maxwell architecture, the fans are able to stop completely unless the temperature goes above 65c. This means that even in some games, the fans will never spin allowing you to game in complete silence.

This is made all the more impressive when you realize that the GTX 970 Strix OC is aggressively overclocked out of the box. With a boost clock of 1253Mhz, we’re already talking about 75Mhz overclock over reference specs, and there’s bound to be a fair bit of headroom left.

The front of the card has two 0db fans, in the aforementioned metal shroud. The shroud is made of aluminum and has been powder coated black. For the most part the shroud does not touch the fins from the heatsink, but where it does it acts as more surface for the heat to disperse to. Be careful removing the card as even at idle, it gets very warm in some spots.

The rear of the card is covered by an aluminum back plate. The back plate bends around the back to protect the edge of the PCB. Along the top edge you’ll find a Strix logo, 2 SLI bridges, a single 8-pin PCI-E port and one of the large nickel plated heat-pipes comes out the top.

Asus has gone with a custom I/O setup as well. The reference design has 1 HDMI, 3 Display Ports, and 1 DVI. On the Strix we see 2 DVI ports, 1 HDMI port, 1 Display port. A layout like this won’t affect most people. The majority of gamers have 1 monitor, and it will likely have a DVI port. It may even be helpful to people who have older screens where having 2 DVI ports may be needed. However, those of you wanting to hook up 3 screens for surround gaming, will have to mess with multiple different types of cables. There’s something to be said about having 3 of the same output for simple setup.