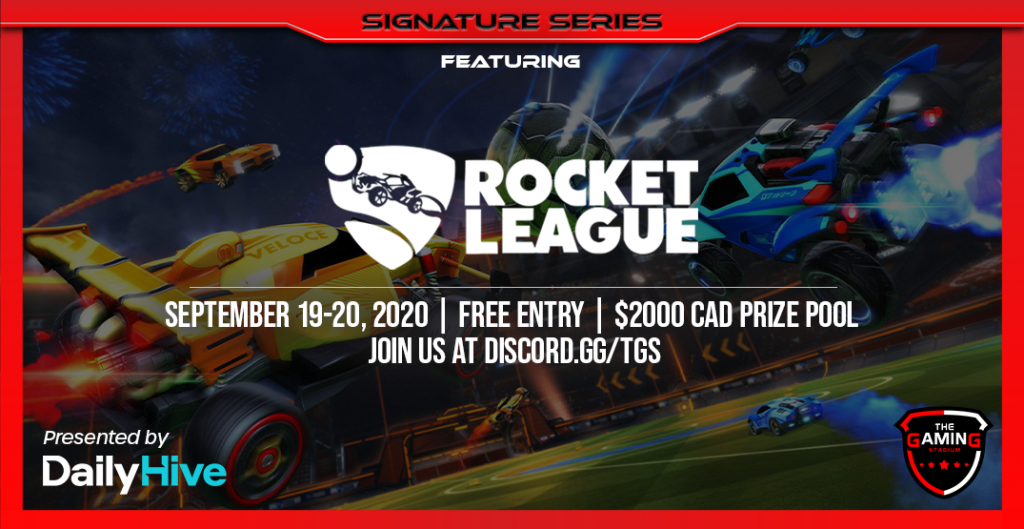 The Gaming Stadium has teamed up with Daily Hive to present the Signature Series tournament series.

This month the featured game is Rocket Leaguer with a $2,000 CAD prize pool.

The event runs Septemeber 19th with the group stage starting at 11am PDT through September 20th with playoff brackets.

The tournament will feature Standard 3v3 Best of 3 games in groups, a mix of Best of 3 and Best of 5 games in the playoff bracket, with a Best of 7 Grand Finals.

The event is open to all North American players and FREE to enter!

You can find out more at their registration page.