Year of VR: E3 Is Over, But Where Was The VR Support?

The Electronic Entertainment Expo wrapped up on Thursday. During the week we were shown some amazing reveals, trailers, and details of some exciting upcoming games, and advancements in technology. We were shown more about Deus Ex: Mankind Divided and Just Cause 3. The Doom trailer had my jaw on the floor. And No Man’s Sky is coming to PC.

All of these were very exciting, but you know what was missing from almost every major game announcement? VR support.

I truly expected that we were going to hear about dozens of games that would support VR natively. Not even Need For Speed, a natural choice for a VR game, will have support for virtual reality HDMs. EA’s CEO did say that the engine is capable, and it may come in the future, but the comment was vague enough that he could have been suggesting future games, not a future update.

Oculus didn’t even have a presence at the PC gaming show, which blew my mind. Is the industry really that scared of taking the plunge into virtual reality development? If the big players aren’t willing the make the jump, Oculus is going to have a long road ahead of them. In order for Rift headsets to sell in the numbers that Facebook wants to have happen, a must have game will be required. EVE: Valkyrie is probably one such game, but I’m reluctant to think that it will be enough.

Indie developers have been jumping on the VR bandwagon because it’s hot and fresh and everyone is talking about it, but very few of those experiences, if any, are going to sell headsets. They are great things to try with the hardware, but people aren’t going to drop several hundred dollars for a couple of five-minute-long demos.

Don’t get me wrong. I am a true believer in this technology, and I can’t wait to get my hands on my own headset. I’ll be ready the day that pre-orders are opened, but I’m the exception. First of all, I’m a racing sim fan, so right off the hop I have a couple of options for my VR gaming. I don’t need the killer app to sell me, it already exists for me. Second, I’ve used a Rift, many times, so Oculus doesn’t need to win me over.

They do, however, need to win over the average consumer that they wish to sell to. Even many of my colleagues don’t see the need for VR, and that’s a big problem. It really does require trying it out, to fully understand what virtual reality will do for gaming, and that barrier is going to be tough to break through, and even more so if the big name devs don’t embrace the technology.

Going into E3, I declared my belief that we would see some amazing announcements in this space. I expected to see not only some amazing games for Oculus, I anticipated a surprise showing from HTC with the Vive kits. Valve has been working with several companies long before the dev kits started shipping last week, and I truly believed some of that work would be on display, especially given the release is supposed to be this fall.

Not only did I expect to see more software, I also expected more hardware. Cyberith Virtualizer was there, but I can’t seem to find any reports about the omni-directional treadmill. No mention anywhere of any of the various haptic feedback devices being developed. With so many companies popping up on Kickstarter with VR-related ideas, I’m shocked there weren’t gaggles of them on display at E3. That’s the perfect place to gain interest from developers to implement support for these devices into their games. 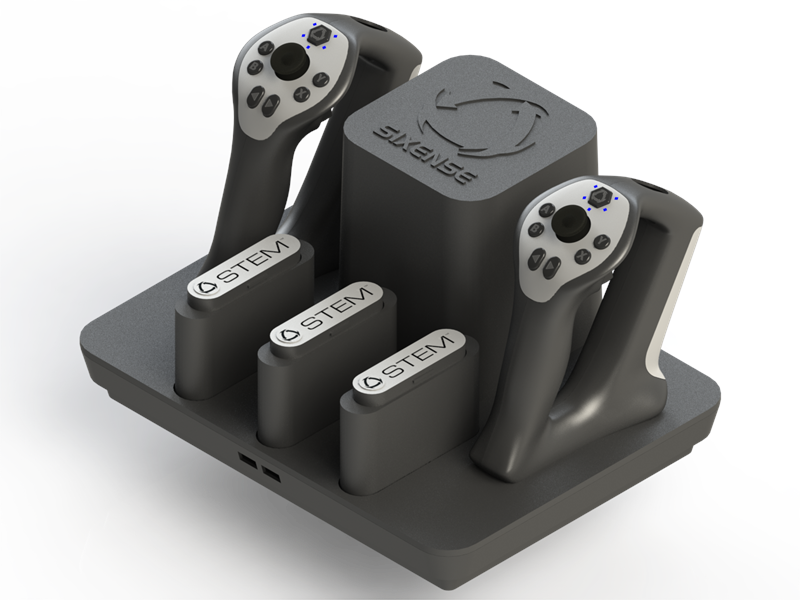 I would be remiss to say there weren’t any VR titles shown off at E3, but they weren’t at all what I was expecting, and frankly didn’t seem that compelling. Insomniac showed off Edge Of Nowhere, which did look interesting, but nothing about that title screams VR-exclusive. In fact it doesn’t even look like the type of game that VR would be beneficial to.

To me virtual reality instantly says first person. You aren’t truly immersed in something by watching from a birds eye view. The only VR experience that I can think of that would work from that view would be something like Black & White (raise your hand if you remember that awesome game), in which case you’d actually be playing from a first person view anyway (someone make this game! I just thought of it and it sounds f’in brilliant! Why wasn’t this at E3??!?).

For virtual reality to really take off, and not be limited to a small niche market, someone is really going to have to think outside the box and come up with something uniquely suited for VR. Third-person games aren’t going to convince people who aren’t already sold on VR. Third-person can be experienced on any platform, from any generation of console or PC over the last decade.

It’s time for something new and exciting, and frankly I’m disappointed that it hasn’t happened yet. VR dev kits have been around for over two years now. That should be plenty of time to come up with something truly mind blowing. Here’s hoping the good stuff is being saved for whenever HTC shows olf the retail Vive setup. That has to be coming soon, we’re only six months or less from the launch.