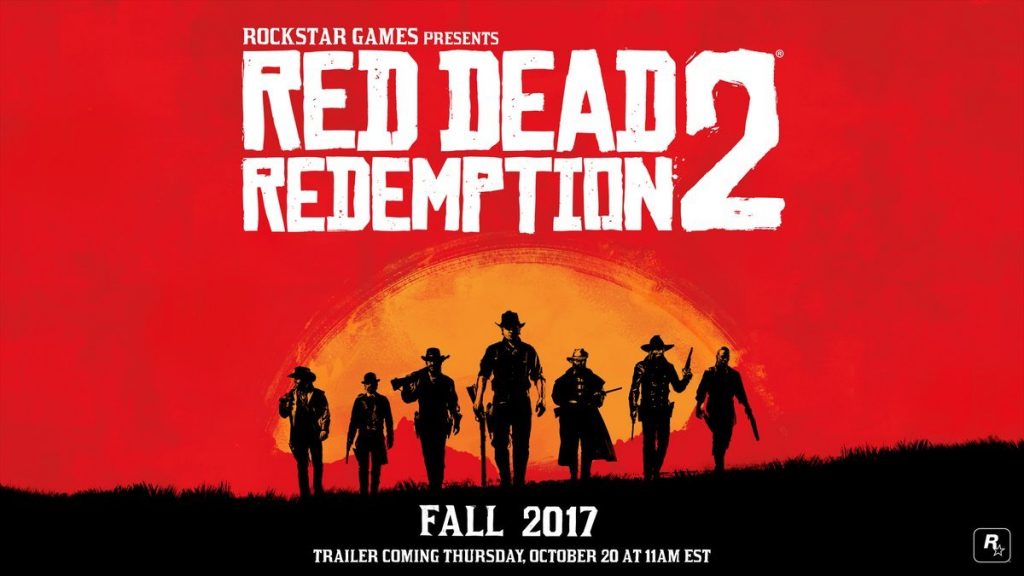 Not satisfied with the 110 thousand retweets and 190 thousand likes that their Sunday tweet received, consisting of little more than a Rockstar logo over a suspiciously red textured background, our good and dear friends have upped the ante with the following tweet on Monday and Tuesday mornings:

Well, I can easily sum up my reaction to this development with the following:

Why is this drip feed of media trolling so agonizing to fans like myself? Well, to say that Red Dead Redemption is a good game is a severe injustice. While Rockstar had been known for decades as the studio that brought us Grand Theft Auto, that pedigree has been somewhat of a double-edged sword for the developer over the years.

Critically, the games had been seen as anything from inconsequential juvenile fun to a dangerous influence on the minds of the young, rife with violence and lacking in morality of any kind. As they transitioned to the PS2 platform, Rockstar’s ridiculous sandbox of wanton crime and destruction began to slowly accrue additional nuance and subtlety, becoming more of a satirical commentary on American life as seen from the perspective of Rockstar Games founders, Sam and Dan Houser, who grew up in the UK learning about American popular culture from film and television.

Subsequent entries continued to evolve towards this end, honing their storytelling abilities and perfecting their formula for open world games. Though many hailed Grand Theft Auto IV as a turning point for the company, and hold it up as a viable example in the argument of “Video Games as Art”, in truth the game that really cemented their reputation was Red Dead Redemption. 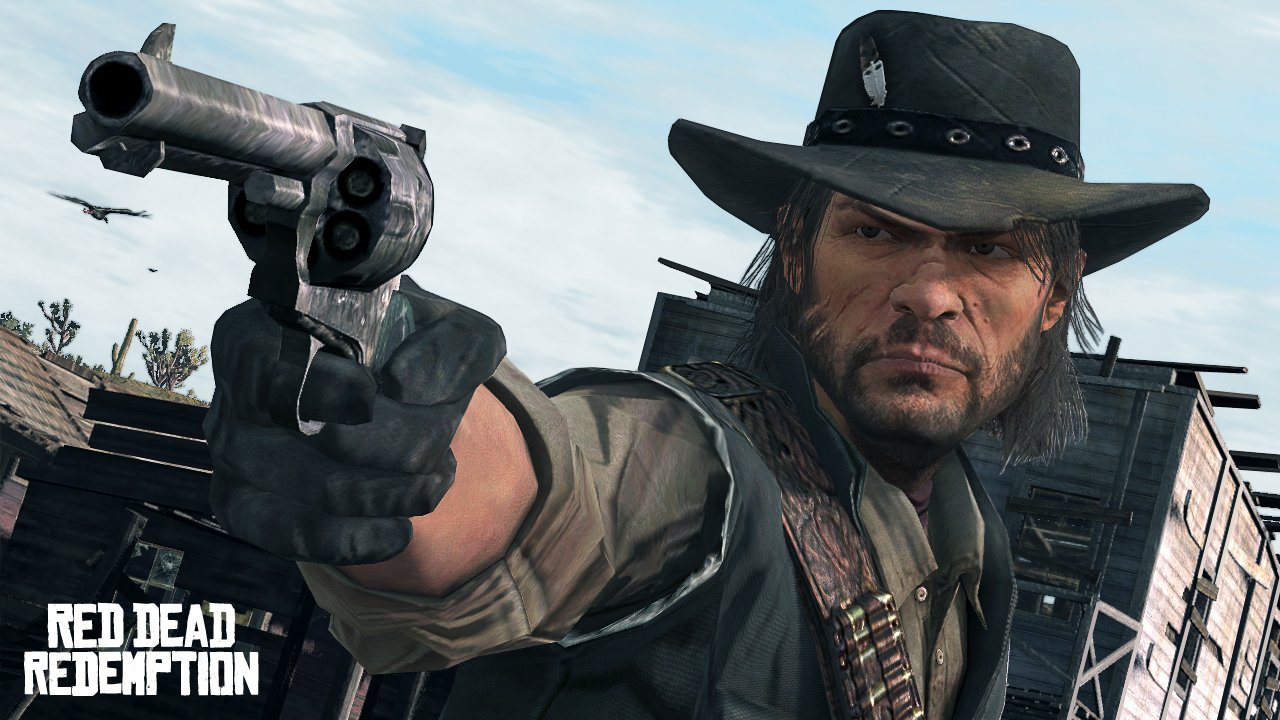 Though ostensibly a sequel to their 2004 game Red Dead Revolver, aside from being a third person game set in the Old West, Red Dead Redemption bore little resemblance to its predecessor with the Houser brothers taking everything they’d learned over ten iterations of Grand Theft Auto in terms of design philosophy and storytelling and delivering a masterpiece. Its familiar UI and quest structure drew some criticism prior to its release, with some critics jokingly labeling it as Grand Theft Horse, but that negativity quickly fell away; trailer after trailer demonstrated that Red Dead Redemption was in fact a quantum shift in Rockstar Games’ development.

It was clear from the outset, that they were approaching Red Dead Redemption with not only an understanding of the classic spaghetti western, but a reverence for it. With a soundtrack that immediately evoked the style of Ennio Morricone, and an incredible attention to cinematic detail, Rockstar crafted an open-world experience unlike any other they’d tried before.

Building on the narrative steps they took in Grand Theft Auto IV, not only would the results of completed missions influence the world the player experiences, but the morality of the player’s actions would influence the NPC reactions and their available interactions as word spread about the player’s fame or notoriety.

Animals in the wild existed in their own ecosystems, each with specific behavior programmed to respond to the presence and actions of the player in different ways depending on their place in the food chain. Hunting and crafting were highlighted as necessary skills to develop in order to survive, but also provided an effective source of income in trade. Random events would play out in the countryside whether or not the player would intercede or ignore them, further deepening the impression that this was a living breathing world that players actions could directly affect if they so chose.

It was a world that beckoned you to explore its reaches, while at the same time punishing those who were unprepared for life in the untamed West, but these substantial environmental improvements were merely a backdrop for the gripping narrative that would wind through it, tying everything together.

The story would focus on the tale of John Marston, a frontier farmer with a checkered past, just trying to provide for his family. Like Grand Theft Auto IV protagonist, Niko Bellic, Marston had a criminal background and was now trying to make a new life for himself and his family, leaving his old ties behind. The US Government has other plans however, forcing Marston to hunt down his former partner-in-crime Bill Williamson and bring him to justice, or his family will bear the consequences of his failure.

Narratively, Marston has already reached his happy ending and is forced out of paradise to return to the unforgiving harshness of his former life. How he accomplishes his goals is entirely up to the player, whether they choose to maintain their moral fiber or resort to desperate atrocities in the name of saving Marston’s family, each action coming with its own pitfalls over the course of the game.

This narrative underlines the running theme of Red Dead Redemption; that this is a world where the border between civilization and savagery is sometimes so thin that it is imperceptible. A world where the distance between town and untamed country is measured in inches. Where protagonist and antagonist who once called each other friends, and committed terrible acts of violence for nothing more than gold and fame, and are now on opposite sides of the law even though largely guilty of the same offenses. Where a government entity holds a wife and child hostage to turn killer against killer in the name of a stable society. Where a cycle of vengeance brought to an end merely triggers a new atrocity, perpetuating one tragic end after another. These are heady and subtle concepts for a movie to tackle effectively, let alone a game, and yet Red Dead Redemption managed it perfectly.

Throughout Marston’s journey, the story of his past and his family unfolds slowly over time rather than in a clumsy expository dump. As Marston, the player is frequently alone in the wilderness, trusting few people enough to call allies let alone friends. The player learns with them as Marston opens up about the past that he isn’t proud of, slowly providing context for his desperate situation and the actions he is now forced to take.

After traveling throughout the West and Mexico, the overwhelming odds that Marston overcomes and his ultimate success in his mission culminates in what is considered to be one of the best, and most emotional endings of all time. Red Dead Redemption earned universal critical acclaim when it released in 2010, earning a 95 rating on Metacritic. It truly was the game that re-positioned Rockstar Games as a leading games developer, capable of significantly more than inconsequential violence, but rather as creators of art.

The simple truth of this situation is that even six years after it’s release, adding backwards compatibility to Red Dead Redemption on the Xbox One was enough to boost its sales on Xbox Live by 6000%. Rockstar’s care in crafting this game’s design and narrative have secured its place as one of the best games ever created, and with two jpegs, they have managed to shave 14 million dollars off of their advertising budget. We will see our first trailer this Thursday, October 20th at 11AM ET, with a release date slated for Fall 2017. This is going to be a long year.

Jack McBastard is a contributor for AYBOnline. His opinions are his own. He doesn’t always go on Twitter, but when he does, HE WANTS YOU TO GIVE HIM THE DAMN GAME.