Why Quantico Is Probably the Best Show on TV This Fall 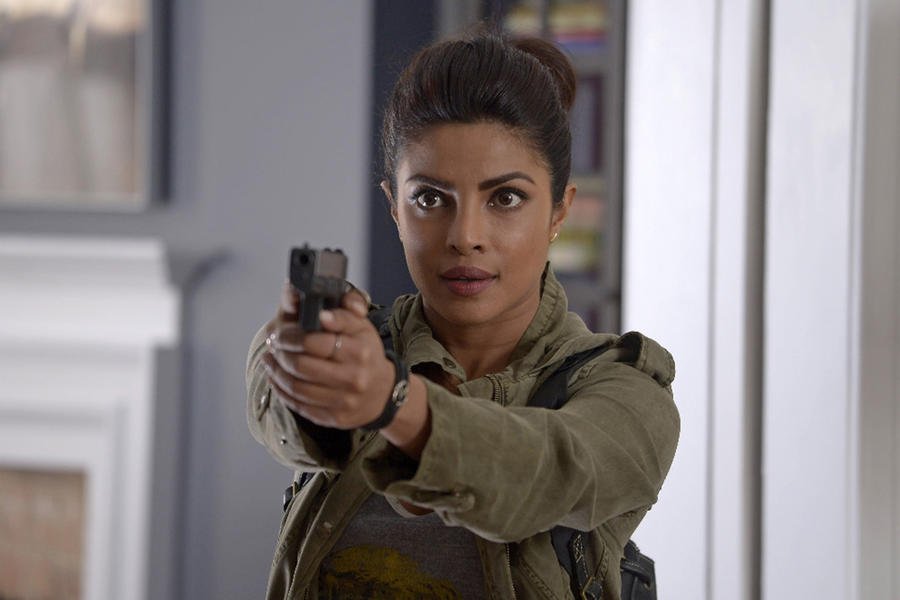 Come for the hotties. Stay for the great drama. 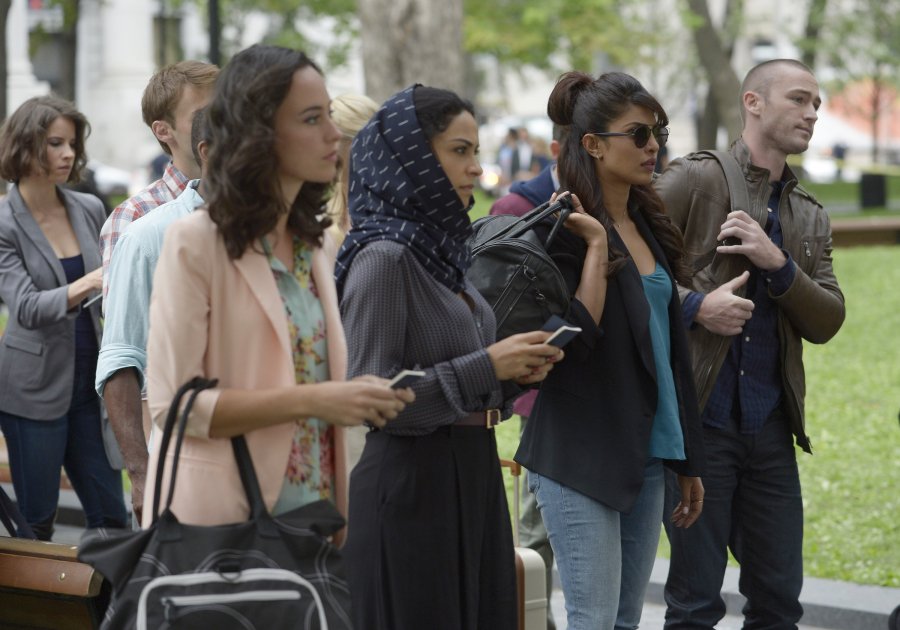 You’ve probably heard of Quantico by now because it’s one of ABC’s biggest Sunday shows in years but if you’ve been living under a rock I’m here to help. Cool, sexy, dramatic, great cast. It sounds like a CW show but it’s much more than that.

Let’s get the easy stuff out of the way first: the cast is full of talent and hot young people. Our hero, Alex Parish, is played by the talented Priyanka Chopra who is a former winner of both Miss India and Miss World. Parish’s partner so far, Ryan Booth, is played by the handsome Jake McLaughlin from NBC’s cancelled Believe. Yasmine Elmasri, Johanna Braddy, Josh Hopkins, and so on. It’s, without a doubt, an incredibly good looking and diverse cast.

More important than their hotness is their talent and Quantico brings plenty to the table. After 5 episodes I still can’t pick out a weak link in this huge ensemble cast. Some character such as Hopkins’ seemingly vindictive Agent O’Connor or the one-dimensional Caleb Haas are pretty straightforward and simple but they use what they’re given to good effect. Despite having such a large cast, most episodes manage to give each character’s story enough time to develop and not feel rushed. Chopra’s portrayal of fugitive hero Alex Parish has been fantastic so far, especially given the show’s constant time jumps between her training as a rookie agent at Quantico in the past to the present on the run from an FBI manhunt. 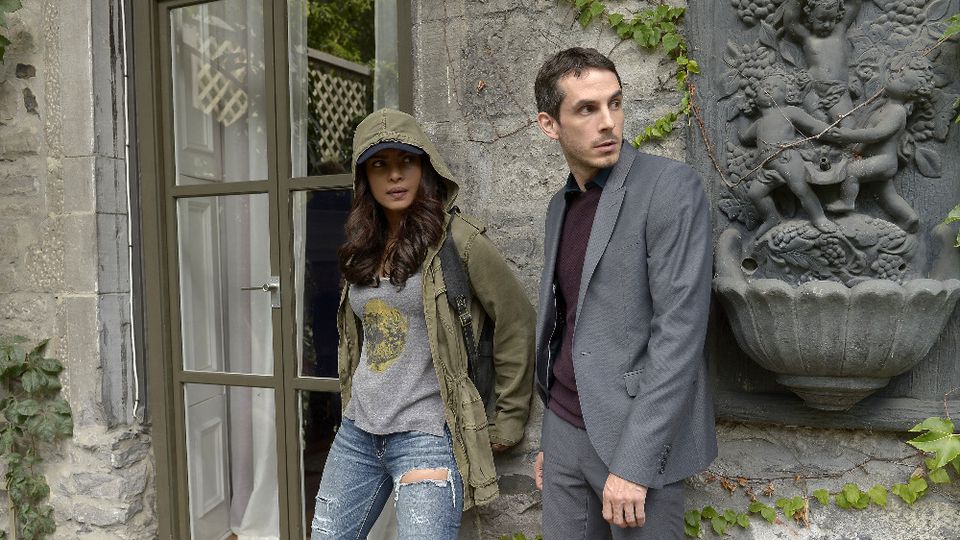 Those time jumps between the past and present split Quantico into two starkly different stories. In the past we see the recruits join and train at the FBI Academy in the titular town of Quantico. The recruits fight, romance, train, and needle each other frequently in an almost high-school fashion. They even have pop music intros and montages like other “hip” shows. Meanwhile, in the present-day aftermath of the bombing, high-stakes drama is the norm with a noticeably more serious tone. Pop music is replaced by heavy tones and a 24-style score. Former friends hiss at each other with suspicion or, in Alex’s case, pistol-whip them. It’s a two-way race to see who in the audience can figure out the traitor in the past while our heroes figure out that answer in the future. To its benefit or detriment, Quantico is half-teen drama, half-adult drama.

In either the past or present story lines, it’s impossible not to acknowledge the show’s focus on minorities or racism. From Assistant Director of the Academy Miranda Shaw to Parish herself, the show puts powerful women front and centre. It’s not often you find a scene with just men in the first 5 episodes, despite their importance to the plot. One of the key factors that got me on board with the show despite being on the family friendly (and often very PG) ABC was its concept of having an innocent brown woman being accused of terrorism. So far the show has utilized this quite well and directly addressed it in this past Sunday’s episode, going so far as to take shots at FOX News.

It’s a bold show, headlining a female Bollywood star as a innocent American accused of terrorism, and made more typical for its teen drama elements. It’s too early to say if they use these to become truly provocative or just springboard off of them for some action and drama, but I can damn well guarantee this show has something for you. 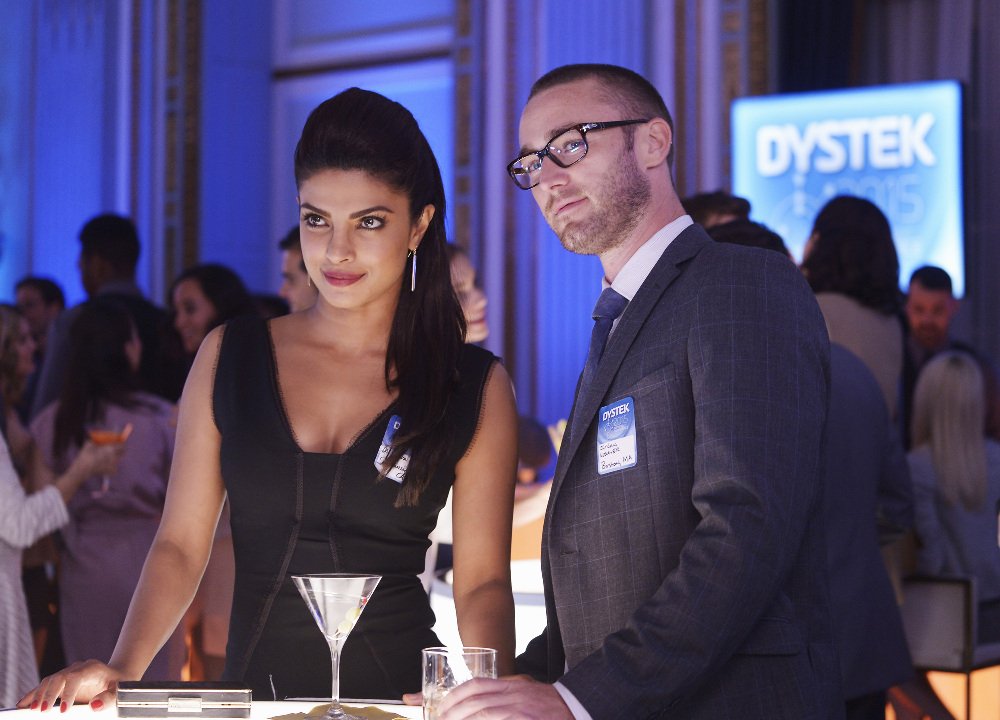 Matt Kondracki is a Contributing Editor to aybonline.com and is, like, crushing so hard on this cast right now.