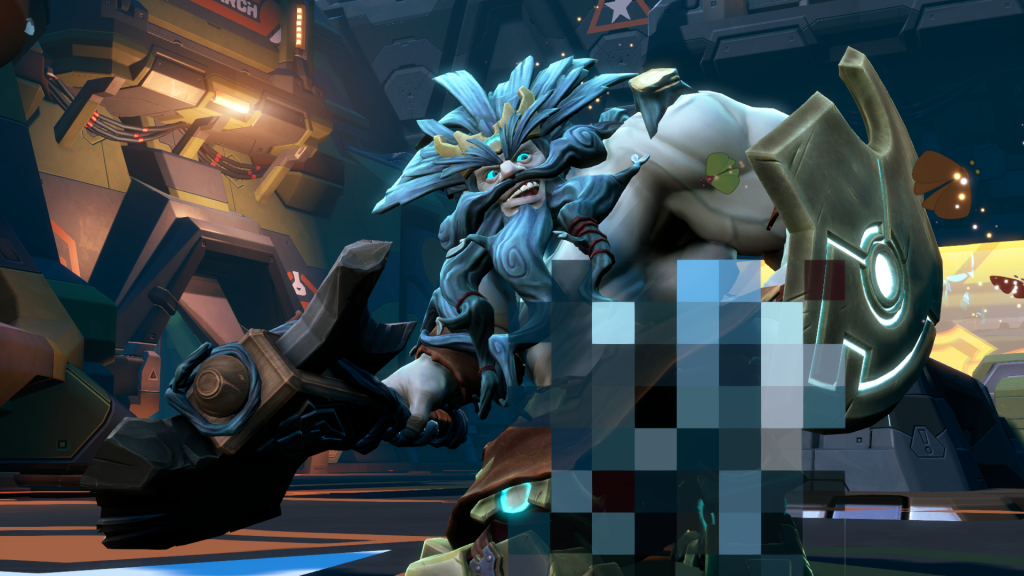 After my first 14 hours in Battleborn, I have finally pulled my face away from it long enough to talk about the game.

Battleborn is an FPS/MOBA hybrid from Gearbox Software, made famous for their Borderlands series. It first caught my interest when Gearbox was announcing a new game — everyone thought it would be Borderlands 3. It wasn’t, but that’s not a bad thing.

I am a huge fan of shooters, logging countless hours in Team Fortress 2, Borderlands and Battlefield, and I am also a huge MOBA fan with an embarrassingly large hour count in Dota 2. I have been looking for a nice hybrid between the two genres, and these types of games have been attempted in game development before. Super Monday Night was lots of fun, but a long closed beta and no marketing caused that game to die off fast. I tried Smite but the microtransactions and lackluster shooting killed it for me.

When I got in Battleborn’s closed alpha in October 2015, at that point the details were under embargo and the game was rough, but I guess that’s the point of an alpha. There were only five heroes unlocked, two story missions and the multiplayer didn’t have enough players to even get into a game. It really turned me off, but that changed when the open beta arrived on April 8th, and the game earned my interest back.

The story missions take a lot from Borderlands: the art style, the co-op, even the boss intro screens look similar. The huge difference is the lack of guns and traditional loot with the focus shifted more to hero abilities and teamwork.

Battleborn centers around PVE and PVP combat. The PVE is story missions that work as a great training for new players and trying out new heroes. You and up to four other friends/random players start at Level 1, fighting your way through story missions while earning experience until you reach Level 10. One of my biggest issues with Borderlands was finding people that were the same level, but Battleborn fixes this by starting everyone at the same level like a MOBA.

The game is beautiful and runs well on PC, and on consoles Battleborn has the benefit with split-screen gaming so you can play with a friend, child or significant other. But the main attraction that will keep people playing longer than Borderlands is the three 5 vs 5 PVP game modes.

INCURSION
Teams of heroes must defend their base from waves of AI-controlled minions while working together alongside their own minions to destroy their opponent’s base.

CAPTURE
Teams of heroes face off in a fast-paced death match and must capture and hold objectives on the map to win.

MELTDOWN
Teams of heroes must guide their minions as they march to their death at the center of the map. Points are scored for every minion who throws themselves into the incinerator, and the team with the most points wins. 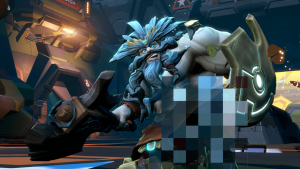 With 25 heroes, plus five more free heroes announced and random loot that boosts stats like health regeneration and attack speed, the matches become this chaotic and varied gameplay. My current favorite hero is Boldur, an extremely tank-y dwarf with an axe and a shield. His main job in the game is to stand in the way, blocking all the damage with his shield while your teammates shoot from behind you. Watching the enemy team use all their abilities to try and kill you just for you to use your ultimate and heal from the damage absorbed by your shield while you teammates pick people off gives a great teamwork feeling.

With any MOBA, microtransactions are serious topic and I’m happy to say Battleborn has none. The 25 heroes are unlocked by challenges, not money, and the loot crates are unlocked from money earned in game. Gearbox have also promised more game modes, story missions, and multiplayer maps to be added in future updates. They will also be constantly updating heroes and loot to balance them as issues rise up.

There is also a $20 Season Pass that promises new heroes but with none shown, Battleborn feels like a full game instead of a game hacked into pieces to make the most profit.

Battleborn does have its issues though. The descriptions on abilities aren’t well explained and should have a video like Dota 2 or Evolve. The game is very bright and colourful but trying to understand what’s going, especially for melee heroes, gets difficult and takes time to get used to. Right now there is no way to queue for certain co-op missions and no way to re-pick in the pick character screen to balance out a team.

A lot of the heroes are pretty funny, like Isic — an AI in a robot body that reminds me of GLaDOS from Portal. There are some that feel like they are trying too hard to be funny, and the best example of that is Toby, an angry penguin in a mech suit.

But even with the issues, I’m really enjoying Battleborn, especially with the developers vocal on the Subreddit and their dedication to keeping Battleborn fresh and alive. If you like MOBAs or Borderlands, you should give Battleborn a try.

Patrick Algeo is a content contributor for AYBOnline.com. His opinions are his own.