We’ve Got a Real Jam Goin’ Down, Alright 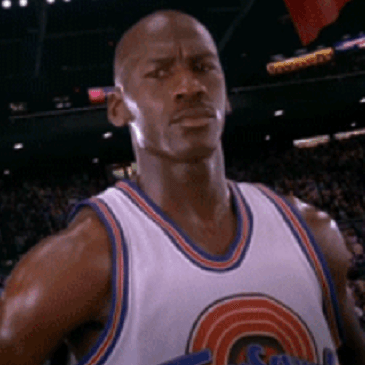 Local Games development in Winnipeg over has been closely tied with game jams over the last few years, and many of our city’s talented developers are making headlines with their imaginative creations. For those of you who don’t know what a game jam is, think of a musical jam – creative talents come together to collaborate on something off-the-cuff, experimental, or quick.

Game jams are used by developers for many different purposes. Some Jams are competitive, giving developers the opportunity to test their mettle against one another. Many game jams have a central theme that developers must use as inspiration; many take this as an opportunity to flex their creative muscles to stretch the theme to its limits. Some developers use game Jams to focus their scope or test smaller experimental concepts, and many of the games they create become springboard demos for much larger projects.

Over the spring of 2015 we have seen three main game jam events: Ludum Dare, VR Jam 2015, and Winnipeg Game Jam. Now, in the beginning of the summer, I’d like to give you a bit of a late look at what has been happening in the local games development scene. Okay, a very late look at what’s been going on the games industry. But hey, better late than never, right?

In this article, I’ll highlight three of my top choices from each of the three major game jam events here in Winnipeg in Spring 2015. Throughout the article, I’ll provide links to all of the games not discussed here, and I urge you to try them all out because they’re all great!

LDJAM, or Ludum Dare, is a worldwide challenge to game developers, who compete over a 3 day period to create games based on a community-chosen theme. The name (properly pronounced as loo dum dah ray) is a Latin phrase meaning: “to give a game”, and in the spirit of the challenge, all games produced for LDJAM are free.

Past stars of Ludum Dare have gone on to create stellar games in all genres using their 3-day concepts as a strong foundation.

LD32 was held this year from April 21st to April 24th. The theme was “an unconventional weapon.” Many excellent games were produced for the competition, but developers here in Winnipeg cleaned house, taking the competition by storm.

Important note: all of the links after this point in this article lead to amazing free games which you can play immediately, so don’t be shy and click away!

Team BIZM (which stands for Bogdan, Igor, Zi, Megan) swept the competition with their excellent game The Rock The Paper and The Scissors, earning the #1 spot in two categories (best overall, and best audio), and earning the #3 spot in 4 other categories. You may recognize this team from Indie Alley at BaseLAN 28, where they showcased their games Parallax and Wand Wars!

The Rock The Paper and The Scissors will be expanded into a full game known as Rhythm Ranger, developed by Toasty Games.

Graeme Borland of Owlchemy Labs (who recently released their amazing game Dyscourse) and Amy Gerardy of Complex Games created the charming Miroir du Mort, earned the #5 spot overall, and placed within the top 20 in 5 other categories! This is no surprise, considering how polished their entry was! Like BIZM, they will be continuing with development of Miroir du Mort!

Jonathan Smadello, aka: “Jprogman” created Ay Pinatas!, a classic NES style top-down action game, which tasks the player with finding (and fighting) all of the Pinatas, while collecting candy for health – but not too much! This game was rated 100% on the coolness factor, and was in the top 400 games overall.

During Ludum Dare, another annual world-wide game jam was being held. While Winnipeg developers didn’t win any awards, two Winnipeg developers made amazing and innovative games. This year, VR Jam focused on mobile VR development for the Samsung GearVR.

MushroomMoon, a 3d platformer with fixed camera angles, was created by Campfire Union. Chief Innovation Officer and co-founder Lesley Klassen noted that part of the inspiration for this project stemmed from his own experiences with virtual reality sickness. With this in mind, Campfire Union set forth to create a game which used scale, fixed camera angles, and smooth performance to completely eliminate motion sickness – a goal which many of the finalists of the competition couldn’t even reach.

Man Overboard, created by Jonathan Carewick (with voice acting by yours truly) was featured at BaseLAN 28 in the Indie Alley. The gameplay centered around a pirate (you) searching for treasure by becoming a human cannonball. The clean cel-shaded graphics and pirate theme made this reminiscent of The Legend of Zelda: Wind Waker, giving it a strong sense of nostalgia and familiarity along with its innovative, controller-free gameplay.

Winnipeg Game Jam, or “PegJam” as it is often called, was organized by Dylan Fries of Electric Monk Media. This year’s Jam was centered around the legendary Winnitron1000, an arcade cabinet PC built to play indie PC games, which gained worldwide fame at GDC in 2011. After many developers got their hands on the indie arcade cabinet, they built their own Winnitrons all across the world.

As a result, many of this year’s games were centered around head to head multiplayer with arcade controls in mind (although honestly they play just as well on a PC). Additionally, this year’s Winnipeg Game Jam happened concurrently with the Halifax “Winnitron Resurrection Jam,” but we’ll be focusing strictly on games from Winnipeg. Let’s take a look at some of the great games that came out of Winnipeg:

Electric Scubaloo was created by James Gudge (Green), and Graham Wiebe (Blue) from Festive Lights Games. It’s reminiscent of Liero (a classic DOS game like a realtime worms) mixed with Big Fish (that one flash game where you eat a bunch of smaller fish to grow), and it’s an absolute riot. My roommate and I were in stitches with this, after a tense match where he had collected 2 or 3 more coins than me, and at the last second he drown and lost all his coins, and I won the match! I highly recommend this one.

Super Time Surf is a slick 80s retro-themed multiplayer flamingo surfing laser pong simulator developed by TheSteveIAm. Described by the developer as an Ultra Rad Time-Bending Arcade Versus Shoot ‘Em Up, this game pits two players in a head-to-head competition to blast each other out of a scrolling background complete with neon pizzas. It’s a ton of insane fun, and the perfect addition to a 2 player arcade cabinet like the WinniTron 1000, with that 80s retro-chic feel.

Of all three of my choices, Boat Cop feels like the most authentic arcade game. Developed by Plutonium Powered games, it even opens up with the trademark “winners don’t do drugs” screen! It plays a bit like a 90s beat-em-up, except you’re a boat..cop. The object of the game is to chase down and shoot at a drug lord, speeding through the port of Miami, all while trying to jump over sharks and explosions. Are we sure this wasn’t a ludum dare with the theme “Jump the Shark?” No, not into puns? Okay then.

Honestly, there were so many games created in Spring of 2015 that unfortunately I didn’t get the chance to play them all. There were many more that I did play from Ludum Dare and Winnipeg Game Jam, and I had a ton of fun with all of them. With that said, I encourage all of you to investigate the local scene, check out some of the games that are being created by our city’s talented developers, and maybe even take part in these challenges yourself!

Editor note: An earlier version of this piece incorrectly identified Amy Gerardy’s place of work as Owlchemy Labs. The correction has been made. We regret the error.