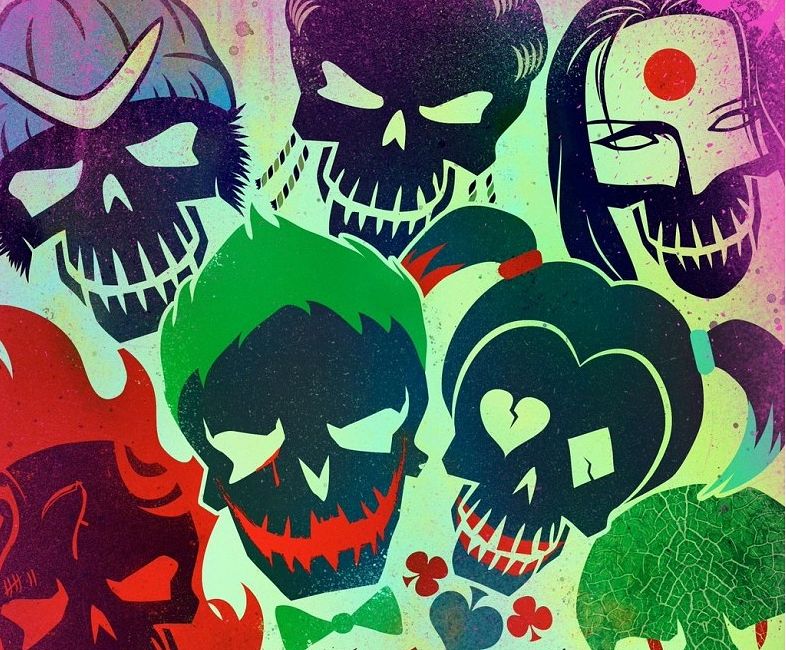 Suicide Squad is the third film in the current DC cinematic universe, following up the much chagrined Man of Steel and Batman v Superman: Dawn of Justice.  It is a shame that the DC universe is in such a dire situation that the stakes for this movie to be successful are quite high. So is this movie the savior that DC fans have been hoping for?

No. Absolutely not. This movie has a ton of issues. But, it is still entertaining. 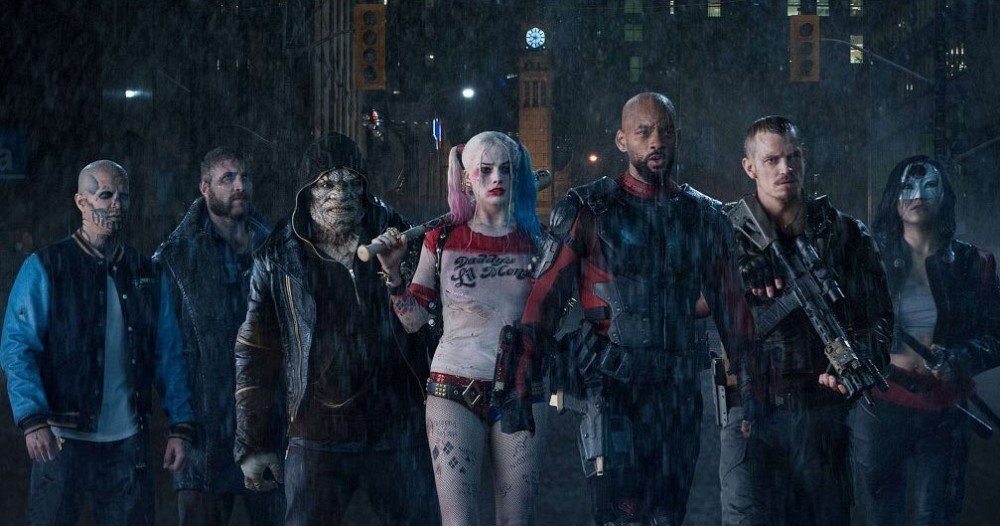 The moment I knew that this movie was going to have some major issues was right at the beginning. The first thing the movie does is painstakingly set up the origin of each major character one by one. It felt clunky as hell and incredibly manufactured. There was a plot reason for this to take place, but they could have easily made this scene much shorter. The movie revisits these back stories at various times throughout the first act in much more concise fashion. It is almost as if the writers were worried that viewers would not be able to remember who any of these guys are.

Another problem this film has is the lack of interaction between the various members of the squad. I feel like part of the reason they had such a convoluted set up is because the characters do not get much in the way of development throughout the movie. In my opinion, this is the movie’s greatest flaw. They go to great lengths to set up how crazy and villainous these guys are. While many of these guys have great moments that occasionally do a good job of portraying their personalities. With so many wild personalities, it would be really fun to see these villains interact with each other and see them clash with their various goals. but we really don’t get that.

This really makes the third act feel incredibly cheezy. As one would expect, there is a moment where things look really bad and the villains question whether they should continue, but come together as friends… or something. Now the problem with this moment is that leading up to this point, they did not really have a lot of interaction with each other, so it was hard to buy into the group coming together as a team, let alone actually caring about each other.

One thing that is a little troublesome in Suicide Squad is the soundtrack. The sad part is that it is not that bad, but there is too much of it. It feels as though they felt like the movie needed to be quirkier, so they decided to add in some licensed music into scenes that did not really make sense for them to be there. I am all for juxtaposition to emphasize a scene, but these did not do that. These songs pop up during transitionary scenes. The whole movie feels over produced and underdeveloped.

Bad to the Bone

While this movie did little to endear itself to me at the beginning, it slowly started to grow on me as I kept watching it. As I said earlier, the characters each get some moments that really help portray their personalities and backgrounds much more effectively than the opening salvo of info dumping.

Smith does a fairly good job of playing Deadshot. While he (as always) is playing himself essentially, he still has some moments of hilarity and charm. There is a good scene in the first act that he displays his skills and immediately starts making demands towards what he wants in return for his services. Not only is it funny but shows how Deadshot likes to do business. Robbie as Harley Quinn does take up a lot of screen time as well. I did not find her to have too much impact, but she did have some amusing moments. I felt she had one too many flashbacks about her past. The film grinds to a halt during the second act to show us yet another flashback about her and the Joker, despite the fact that there was a long one about their relationship at the beginning of the film. Her laid back attitude towards violence, and even the bleakness of their situation is quite funny and fits her character. Davis as Amanda Waller was surprisingly effective. While she spends a lot of time talking in low tones and comes off quite emotionless, it works for the role she plays and her amoral attitude. She is willing to do very bad things in order to get what she wants and she does not care who she hurts.

The rest of the cast kind of feels like they are mostly along for the ride. They often have lines or gags that elicit some genuine laughs. Courtney’s captain Boomerang surprised me as he actually had me burst out laughing more than once in the film. But he also was barely even in the film. Each of them had a bit of a back story, but they each would have benefited from more dialogue. The time taken at the front half of the movie could have easily gone to making them feel like actual characters. 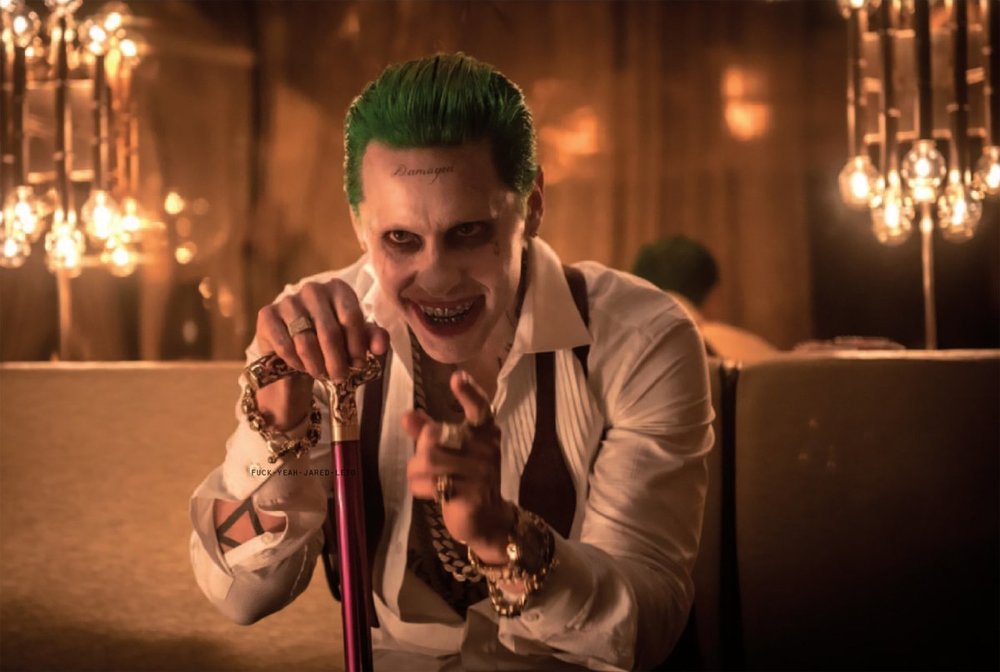 Leto as the Joker did just fine. It is a bit difficult to judge his performance because he was not in the movie that much, he did not get to do anything overly nefarious. It is a good preview of what we may be able to expect in the future, but I just feel I need to see more before I know how effective he can be. I am not a huge fan of his more contemporary “baller” look, but I feel like he has some potential. I also feel like I aged myself by putting baller in quotations.

The overall presentation of the film was not bad. I liked the fact that the titular squad all looked very distinct. The fact that they were willing to embrace the over the top nature of the squad’s look made them each look like individuals which is a good thing. The idea that they were not exactly a team was portrayed visually as they lacked visual cohesion.

The action scenes were serviceable. while not being amazing and have too many quick cuts, each character had their own fighting style and skills. It was amusing to see them use their weapons and special powers to take out their enemies. Most of the fights were against hoards of fodder enemies. It would have been nice to see them fight against foes who were more competent throughout the various action scenes, but what we got was still fun to watch.

Verdict: It is Worth a Watch

I realize while writing this review, it is almost pointless. Anyone who is invested in comic book movies and/or the DC universe will likely see this movie. I feel that if you have any interest in these films at all, you should check it out. While it is not saying much, this the best the current DC cinematic universe has to offer. I truly believe the DC movies need to do much better than what is on display here, but I did have a good time watching this movie. Despite all the issues, I did have fun watching this movie. Suicide Squad is a movie that fans should see and decide for themselves what they think. It would be good to temper your expectations and view the movie as it is.

Nedu is a writer for AYBOnline. His squad is less about suicide missions and more about watching anime. His views are his own.