Under the Layers of Fear: Prologue 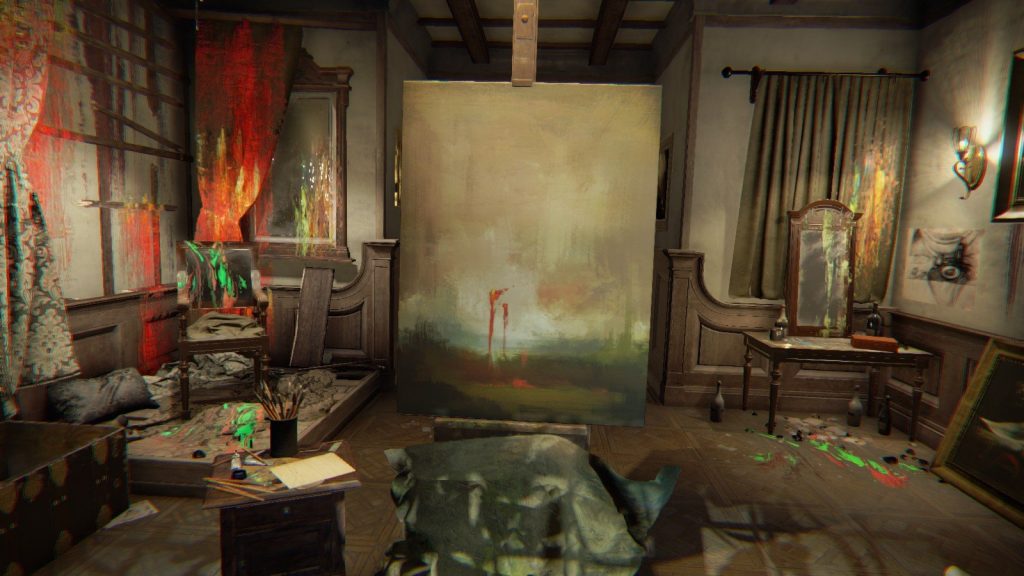 It’s been a while, my friends. But the time away was not spent idling. I know this special feature was promised in a shorter amount of time; but the truth is that this particular pet project involved so much more than I anticipated.

Which is fine, because my curiosity is bottomless. What I found with this project opened me up to so many cool discoveries and I’m excited to share them with you.

Before I start, I want to point out two things: 1.) There are a lot of spoilers in this article, so please read at your own risk if you haven’t played Layers of Fear; and 2.) The views and opinions in this article are all my own. I will be offering my own interpretations and they are, by no means, concrete, canon, or confirmed by the Bloober Team. I just think too much. 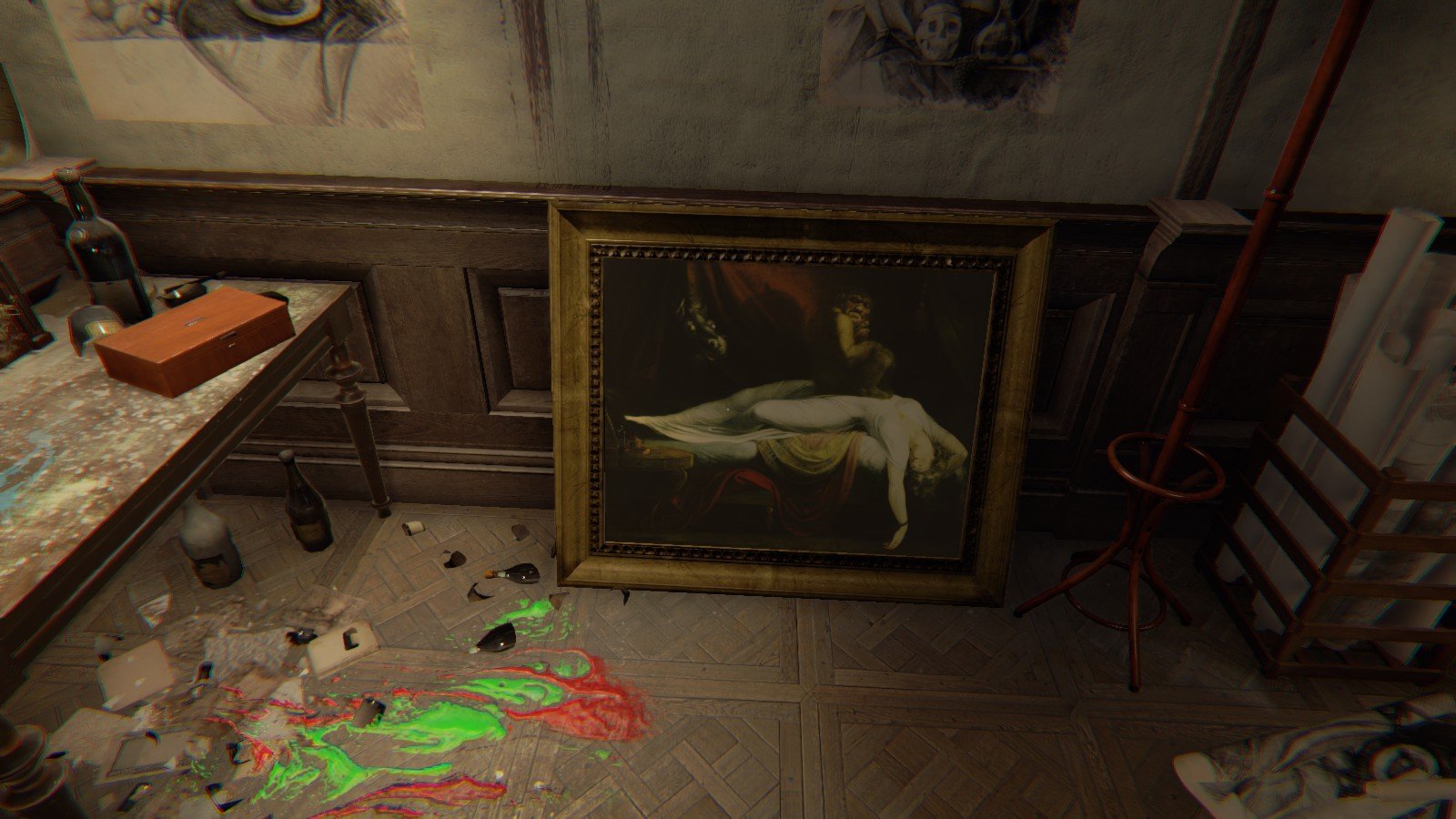 It all started with a completely random encounter with this painting when I entered The Painter’s Room during my playthrough of Layers of Fear.

I remember seeing this on my random bouts of endless Wikipedia loops (you know the kind) and it’s an image that stays with you once you see it. But I saw it another time when looking up specific information for a friend who was having a hard time sleeping a few years ago.

This painting shows up under the Wikipedia page of “Sleep Paralysis“. This painting is by Henry Fusilli, entitled “The Nightmare”.

With the sudden shock of recognizing this iconic painting and a ravenous curiosity, I started to pay closer attention as I continued my playthrough to every painting I encountered.

And guess what? There’s a rich amount of history and, in my opinion, eye-opening information that enriches the true horror experience and the deeper, darker symbolism in the game.

If we take a look at The Nightmare by Henry Fusilli, there are some interesting bits of imagery that suggest certain things. The painting depicts a young woman positioned in a restless sleep. On her chest rests an incubus, glaring at the viewer, while a horse with pale, featureless eyes peeks in behind the curtain. The term “nightmare” is typically thought to be related to horses; but in actuality, it comes from the Scandinavian term “mara”, which was an evil spirit or devil that was sent to torment those sleeping.

Each person I’ve encountered who suffers from sleep paralysis has described the feeling as “a weight on their chest” pinning them down, so that they are unable to move while horrific visions appear before them. While this is a cause of someone waking up while they are still in REM (and REM is the place where you dream and see all kinds of trippy things), the painting’s imagery lends itself to this description, with the horse’s head and the evil spirit resting themselves on the young girl’s chest, while the victim experiences the nightmare.

So what does this mean to me when playing Layers of Fear?

For one, there are countless times mentioned in the game that The Painter has trouble sleeping. This isn’t to say that The Painter suffers sleep paralysis — though he might. With sleep paralysis, you are unable to move, react, or even speak. This feeling was something that was experienced more than once from The Painter’s perspective when you are controlling him.

I wasn’t sure how it all connected at first until I remember the moments when I would encounter the Wife or the Child. During those moments when The Painter comes face to face with them, The Painter freezes, and your controller or mouse is rendered immobile during this time as you watch the horror unfold before you. During these moments, sometimes you are knocked over and pinned down, forced to look at the horrific visions that play out in front of you.

With this in mind, it makes the painting’s existence in the game and the correlation between The Painter’s sleeping problems not so farfetched.

There is honestly so much to share, so with our Managing Editor’s blessing, this will be a seven-part series, as I took time to research dozens of paintings, as well as the talented painters who created them. I did end up narrowing down explanation for a handful (there were a lot), while the rest I feel would make for a better gallery with just the painting titles and their artist and let you interpret them for yourselves.

I promise not to make it boring.

Join me again next week for the second installment titled Under the Layers of Fear: Canvas, as I go over three particularly prominent painters whose works are featured multiple times in the game, possible parallels between them and The Painter, as well as a particular artistic effect that I’ve been seeing non-stop since finishing my playthrough. 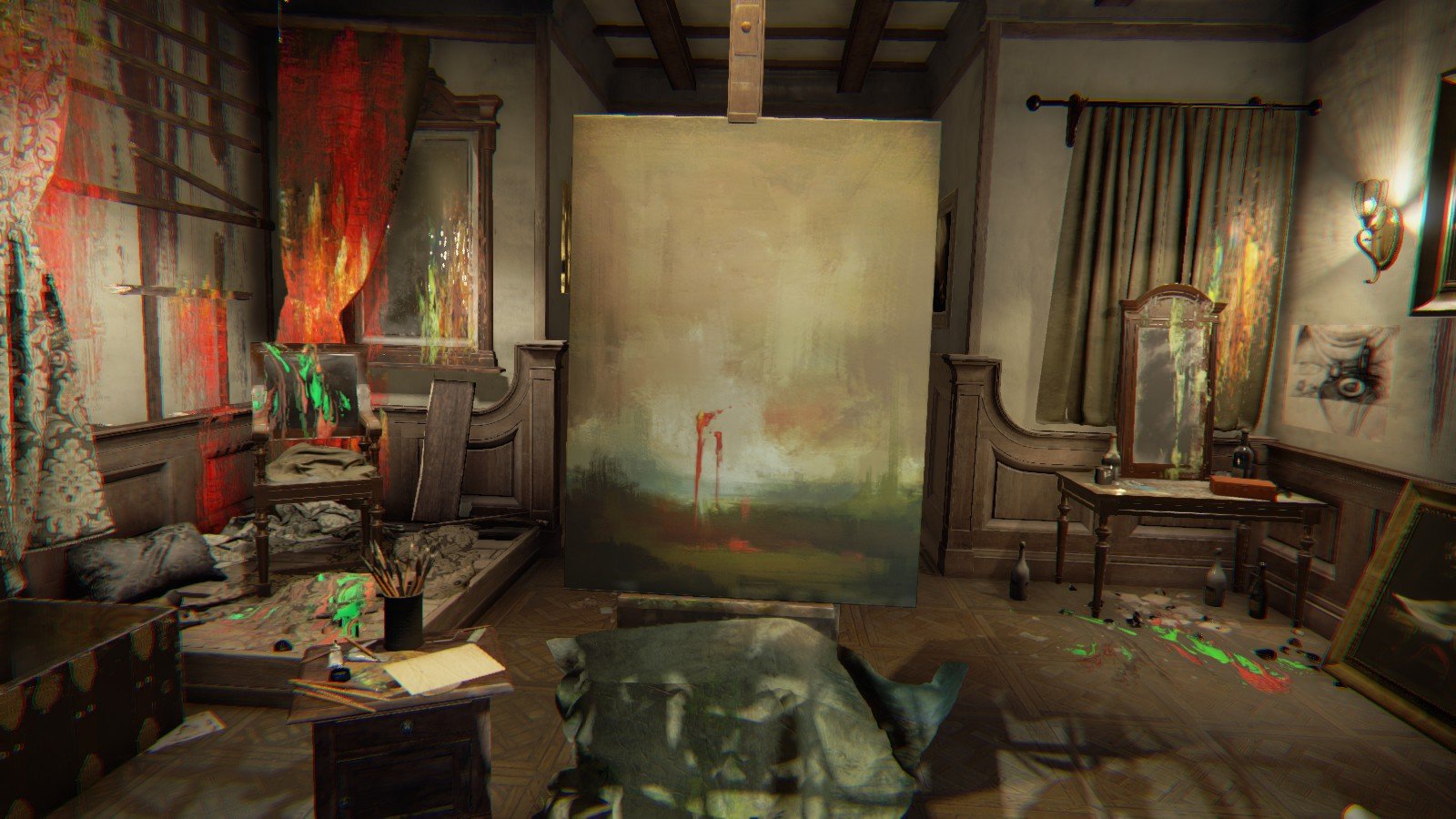