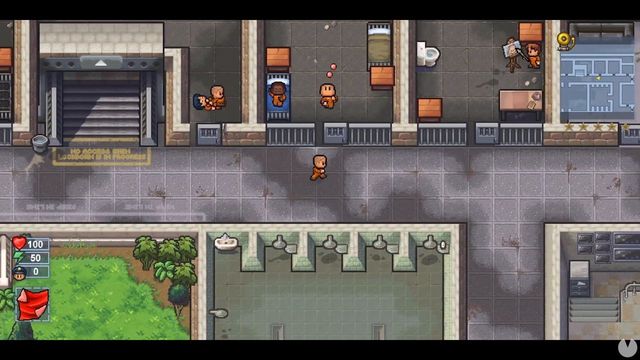 Team17 showed off the first gameplay trailer for The Escapists 2 at TwitchCon! BEHOLD!

Mouldy Toof Studios and Team17 title The Escapists was released in 2015 and enjoyed a lot of success, selling 1.8 million copies. It seems like the sequel will try to capture the same quirky and addictive gameplay that made the first game so popular. 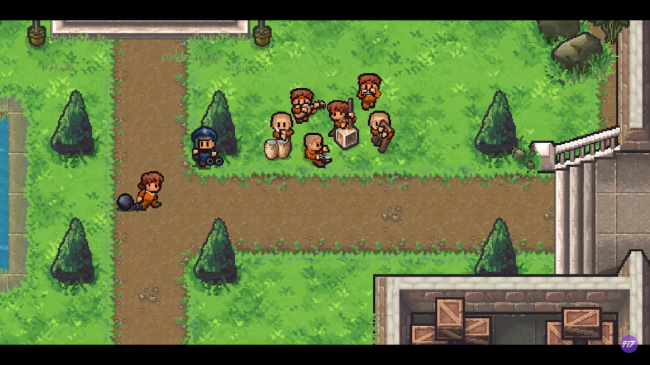 The Escapists 2 seems to want build on the first title by adding a bunch of cool features. For the first time in the series, the game will feature drop-in/drop-out multiplayer. Players will be able to utilize local split screen or an online connection in order to have four friends play co-op or versus. The game will also have completely new ways to escape. Players will have to contend with new multi-level prisons. Tying sheets together is just one of the many options players will have in this game! There will also be new items to craft. If you feel you need a taser, just make one! Combat has seen improvements as well. Players will be able to lock on their targets in order to attack them more accurately. Being able to block as well as perform light and heavy attacks adds a new wrinkle to taking out your opponents.

On top of a new graphical style, players will have more customization options for their avatars. The trailer also has the vague message of “more things to do”! Not sure what that means. I mean, there is already a ton to do in prison. Like experience the crushing reality of your own loneliness whilst viewing the depravity of humanity from the guards and your fellow inmates… wait, what was I writing about?

Nedu has watched The Shawshank Redemption at least 20 times. He is also a content writer for AYBOnline. His views are his own.