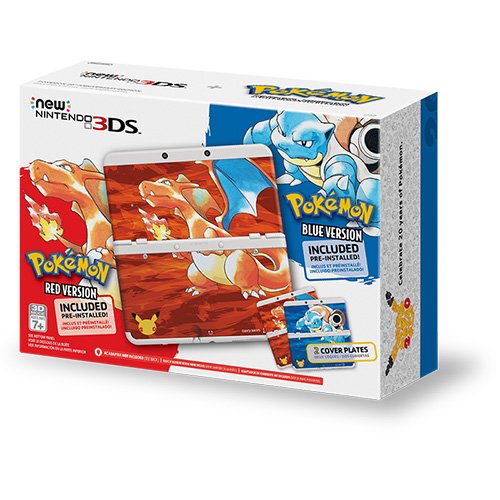 Time to take a walk, VR — it’s time for the champion of the people to take the light.

If it’s a year of anything, it’s “the year of Pokémon”.

Say what you will, but we have a lot to celebrate and be excited for as a community; from cherished childhood memories to competitive play in Pokémon leagues, Pokémon has been around now for two whole decades and inspired the imaginations of a entire generation of gamers, and their children.

Welcome, if you haven’t been yet, to the wonderful world of Pokémon.

First, let’s take time to celebrate two whole decades of this cherished franchise from it’s Humble Beginnings, which started in Japan and moved over North America with Pokémon Red and Blue back in February of 1996.

I was in Grade 1. It’s mind-blowing to think about; I remember that coming Christmas, when I got my first Game Boy Colour and a copy of Pokémon Red, which I still have and still enjoy to this day. Every day I played that game with my beloved Charmander, who I watched grow into the mighty Charizard. Along with my second all-time favorite Arcanine, we defeated many foes over the years, did many battles and eventually moved to my copy of Pokémon Yellow in glorious colour. Man, what a time to be alive — to see the very beginings of this franchise and how it’s grown from its humble beginnings to this empire. It’s been a wild journey, and to think, it’s still going strong.

So to celebrate the monumental launch of Pokémon all those years ago, Nintendo is having a massive celebration this coming February starting with the launch of exclusive products which can be found on the official Pokémon 20 site. And in celebration of the release all those years ago, Nintendo is not only re-releasing the games on the Nintendo eShop, but they’ve kept the games true to the originals, with stunning monochromatic pixel art and the 4-bit background music that takes us back to the beginning.

If that doesn’t make you lose your mind, they will also be releasing a special limited edition 3DS that comes with Pokémon Red and Blue pre-installed. It will also come with two exclusive face plates that feature original artwork from the original games.

Now if that doesn’t get you all excited like I am, it’s just been confirmed that Pokémon Yellow will be hitting the Nintendo eShop and as well HOLD UP the original Pokémon movies will be landing on the iTunes Store, Google Play and physical BlueRay discs, in their original release form.

So not only are we getting the three games that started it all, but the first three original movies that visualized the Pokémon universe for us: Pokémon, Pokémon 2000 and Pokémon the 3rd.

But wait there’s more. Nintendo isn’t stopping there — we will as well see this year the launch of Pokémon GO, and if you have been living under a rock for the last two years of your life let me give you a TL;DR —

Pokémon GO is the latest game in the Pokémon franchise, letting you adventure in the real world with a mobile app and a specialized smartwatch. You’ll have to venture outdoors to find, train, battle and capture Pokémon.

This will be the link between both physical and virtual Pokémon worlds. Pokémon GO will use real world locations and where you are to encourage the player to go out and search far and wide to find Pokémon in our physical world.

To get super hyped I’ve attached the official trailer from Pokémon themselves:

So, for creating new memories, revisiting old friends and sharing our stories with generations of Pokémon trainers — here’s to Pokémon, thank you for the memories.