To Oblivion and Beyond: Adventure Awaits 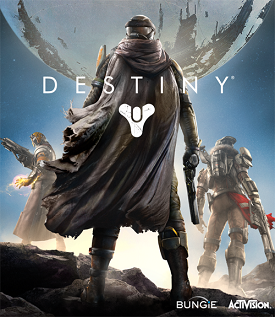 I finally did it, I caved to the pressure.

Not only did I finally get The Elder Scrolls Online, but also Destiny.

What in God’s good green earth am I thinking?

Well, here we stand, on the cusp of major release after major release this coming season (looking at you Fallout 4, Deus Ex: Mankind Divided and X-Com) when something clicked… just something went off. I finally made the move to my first two MMOs. All I can say is: I’m relieved.

To be completely honest with you, I’ve been dying to play ESO. I frankly don’t care what other people are saying, I’ve waited far too long to enjoy this masterpiece of Bethesda, and to let it sit there this long has tortured me. I just want to see what magic and wizardry the team over at Bethesda has pulled off with this series.

I joined the magical world of The Elder Scrolls back in 2003 when Morrowind GOTY edition came out. Wet behind the ears and a greenhorn to gaming, this was one of the first games I adventured in tirelessly. I would say that growing up with the stories of The Elder Scrolls has helped shape my love for the world of fantasy and grand adventure games and definitely contributes to my creativity. It was one of the “approved” games in the house (which I still don’t understand to this day). I think my mom secretly loved watching me play the series, battling monsters and exploring far off lands. It was something I had never experienced before and it was a great escape.

Then came along Oblivion… the legendary Oblivion.

I can’t begin to tell you how much time I’ve lost to that game, never mind the expansions. Who didn’t spend hours exploring The Shivering Isles, or hanging out with Sheogorath? Yep, everyone’s favorite Daedric God. Hell, I didn’t even bother with the Knights of the Nine becauseI was too busy running around once I discovered mods on the Steam release.

Fond memories of all these games, all these years, countless hours and sleepless nights have finally led us all – those being die hard Elder Scrolls fans – to the very start of it all. We finally get to know the beginning for the land of Tamriel, the story we always wondered and dreamed about.

Over the years, we’ve gotten teased of Tamriel’s past. It’s created a longing for a visualization of it all, a yearning of an origin of the land and beginnings. We’ve seen it through some of the books found within the games, and now here it is for: an epic struggle of three factions battling for the crown of the Imperial city. I have never been this excited to jump into the unknown. Normally, I would think twice and run in the opposite direction, but here I am, jumping feet first into the mouth of Oblivion.

I may have just started and escaped Coldharbour and my newest journey in Tamriel is about to start. Wish me luck!

And now… Destiny. After weeks of my good friend Esato telling me, “Steve, get your life together and just come play Destiny,” I think it’s time I came to accept my destiny… that Destiny is not Halo, but simply made by Bungie the studio that made Halo. So why am I so afraid?

So I did it. I got Destiny: The Taken King, and I’ve been fearful to jump into it not because it’s an MMO; but because my love for classic era Halo (Halo One to ODST). See, in my eyes, Destiny is Halo’s younger brother that has huge expectations to live up to. I was honestly afraid it wouldn’t meet my expectations, and I would be demanding too much so soon from a new franchise.

I know that sounds crazy, and to be honest, I’ve mostly been worried to get attached to another great series by an amazing group of people like the team over at Bungie and then see it taken away and just milked. I really miss classic Halo when the game was all about the story and not how many DLCs we can shove down Master Chief’s throat or how many times the Covenant will be at war with humanity… I can go on for hours about why I refuse to touch and even acknowledge the Halo that 343i has made… but that will be another day.

I didn’t want to get committed to Destiny like I was to Halo, and that was my wild fear.

However, after seeing all these die hard fans, it reminded me of that feeling of “Man, a new Halo game is out, I can’t wait”, and just the rush and emotion of wanting to get in the battle side-by-side with your best friend split screen co-op saving the universe. And now here it is again, calling out to me. Bungie has stepped up their game to make an unreal shooter and hopefully fill the lacking void that OG Halo has left in my heart.

Of course I can’t go this journey alone, and so I am looking forward to the friends I will meet in my conquests!

Orion is a contributing editor for AYBOnline. In his spare time, he likes to measure Subway sandwiches to ensure they are, in fact, twelve inches and are up to code with sandwich standards. Like it or not, his opinions are his own.