Titanfall 2 Gets its First Free DLC on November 30th 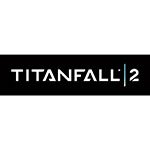 In a year that has seen the release of multiple high-quality shooters, titles like Titanfall 2 has struggles to gain an audience. Being sandwiched between Battlefield 1 and Call of Duty: Infinite Warfare likely did not help. Even so, Titanfall 2 has received notoriety for its inventive campaign and revamped multiplayer. Respawn Entertainment stated that they plan to release free DLC for the game rather than having a season pass model. Titanfall 2 will release its first free DLC next week on November 30th!

The DLC will be called “Angel City’s Most Wanted”. Respawn Entertainment has listed the details of the upcoming DLC on their blog. Here is a list of the updates the DLC will bring:

The two things that stick out to me on this list are the new map and the in-game store. As seen on the list, Angel City is a revival of a map from the first Titanfall. Players who preordered Titanfall 2 will get access to the map on the 30th while other players will be able to access it on December 3rd. The in-game store will allow players to purchase new skins, camo, and Prime Titans. It seems Prime Titans feature different chassis and assassinations, but they will work the same way as the original Titans they are based on. This is the first of the DLC that Respawn has planned for Titanfall 2. They hope to add new weapons, modes, and maps to continue supporting the game. Having played and enjoyed Titanfall 2, this is exciting news. The fact that Respawn aims to avoid the often pricey “season pass” is very encouraging.

Nedu has wanted a giant robot as a best friend since he was a child. He is also a content writer at AYBOnline. His views are his own.