Time for a Zombie Deathmatch in Umbrella Corps 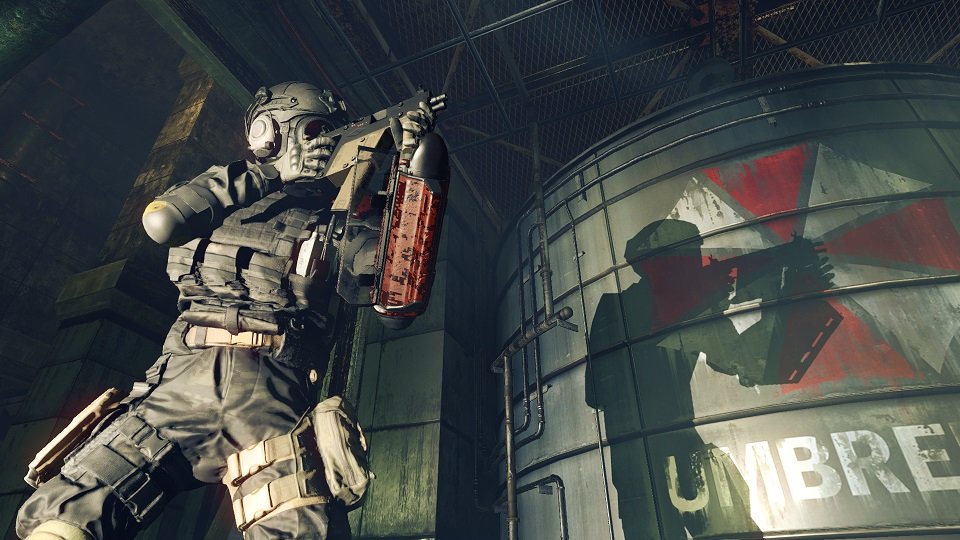 After watching the trailers and gameplay footage for the past few weeks, I’ve been dying to get my hands on Capcom’s Resident Evil action spin off: Umbrella Corps. I can now quench my Biohazard thirst as I patiently wait for Resident Evil 7; now that Umbrella Corps is available for PS4 and Steam!

In the gameplay footage and playthroughs I have seen, Umbrella Corps plays a little differently, but oddly similar to past Resident Evil games. It has a similar third person view and cover system of Resident Evil 6, and similar theme as Resident Evil: Operation Raccoon City, but geared more toward a competitive multiplayer. The gameplay pace seems to be a lot quicker than said titles, and gives an impression of a neat blend of Ghost Recon’s UI/Movement, Moving Hazard zombie control system, and Gears of War cover and executions. One of the trailers demonstrates zombie baiting and disruption like what was seen in Moving Hazard, and the execution kills look extremely satisfying.

Umbrella Corps is not the first time Capcom has made a competitive multiplayer Resident Evil game; we’ve seen slayer/survivor modes in the Mercenaries modes/games, but it was the maps that were shown in footage so far that really pulled me in.

RE2, RE4 and RE5 maps have made appearances in the trailers and though they have utilized past maps in Resident Evil: Revelations 2 in multiplayer, you not only kill enemies from said map (like the Uroboros in the African Villages), but it appears you can utilize enemies such as large dogs and ravens, as mentioned earlier, as weapons.

Umbrella Corps is the action contrast to the upcoming Resident Evil 7, where they intend to go back to the series’ horror survival roots. Umbrella Corps is available now as a digital download for PS4, and as a standard edition for Steam ($34.99CAD). It’s also available as a deluxe edition, which includes cosmetic DLC ($44.99CAD) to give a little personal flare to the character customization available.

Kelvin M. is an AYBOnline.com content contributor who’s a little too obsessed with HUNK.