This Is One Fine Dog Plushie 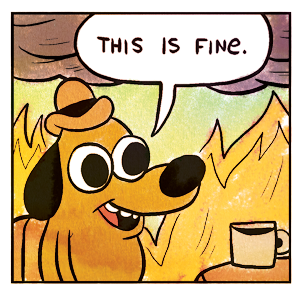 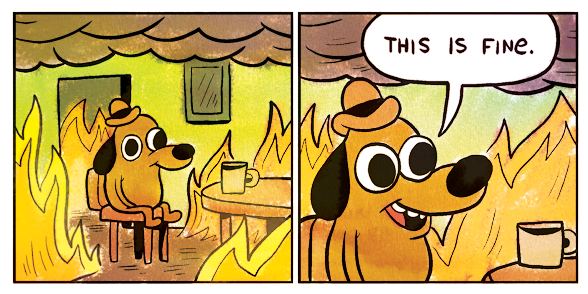 Since 2013 people have been able to remind themselves that even though things are on fire, sometimes literally, you just need to let them slide and say “This is fine”. And of course we’re talking about the “this is fine” dog meme that has become so world famous, and thanks to a VERY successful kickstarter that’s currently running, you can now have him in plushie form for your cubicle, home office, or anywhere else you need reassurance that “it’s fine”.

This fine plushie is 13″ tall and has a nice flat butt for him to sit properly wherever you decide to place him. They’ve done a great job capturing his trademark blank stare and bowler hat. And since speech bubbles are unfortunately invisible, his coffee mug will be embroidered with his catch phrase “This is fine” on it instead. He’ll only set you back a cool $25 which is totally fine. But If you feel like spending a little more, you can purchase the plushie with the play pack, which also gives you a set of stickers and a cardboard diorama of his burning house for the full experience. So what are you waiting for? go get one already!