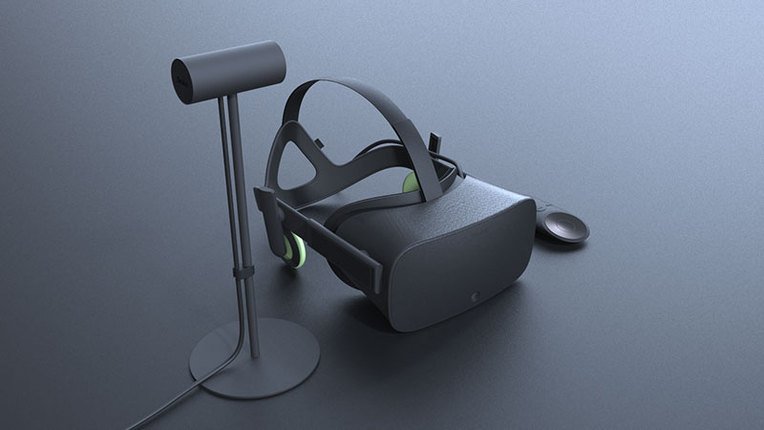 So, it was here, and now it’s over. The first (technically unofficial) E3 Keynote is done, and while it was significantly smaller than the Sony or Microsoft keynotes will be, it kicked off the show with excitement and innovation that likely won’t be present in any of the other keynotes. As a huge Oculus and GearVR fan, I’m happy to be able to summarize what was revealed in today’s show for you, and give you some of my own thoughts.

First, let’s get the elephant in the room out of the way. The release date has been a hot button issue, with many people saying Oculus was dead on arrival because HTC Vive will be released first. Well, Oculus revealed today that they are targeting a Q1 2016 release date, just as expected, but based on the rest of the show, I don’t think this means Oculus is DOA. We have yet to see a lot about the HTC Vive, but from what I understand, it is more for VR enthusiasts, whereas the Oculus is aiming to have a more intuitive user experience. They will compete for market share, but Oculus is already ubiquitous in the development scene, and they are nearly a household name – truly the “Kleenex” or “Ketchup” of the VR world.

After a brief introduction, Brendan Iribe discussed the new features of the Oculus Rift. New features include:

After talking about the headset, Iribe brought up the issue of universal control input. He announced that every single Oculus Rift will be shipped along with a wireless XboxOne controller. This is an important step forward, as it means all developers will be able to target a single input device, and have the confidence that their user-base will have that device.

Then Phil Spencer took the stage, and dropped an absolute bomb.

Windows 10 will support the Oculus out of the box, natively. No more wrestling with middleware, it will be easy to set up and install. DirectX 12 has been working directly with Oculus to ensure that experiences and games run smoothly, with the highest performance, frame rates, and lowest latency possible.

Then he outdid himself, and announced a show-stopper. Xbox One will be able to stream games directly to Windows 10 machines, and this function will be supported by the Oculus Rift. At first, I thought Microsoft was blowing smoke about “their commitment to PC gaming” as usual, but this is truly Microsoft’s answer to the Sony Morpheus, and it increases the value of the Oculus Rift and XboxOne exponentially for owners of both.

After Phil Spencer left the stage, Jason Rubin took the stage. As co-founder of Naughty Dog, and current Head of Worldwide Studios at Oculus, Jason’s job was to introduce various games. He opened up by stating “There was always an unfulfilled promise – a window we couldn’t step through. VR Changes that. It fulfills the dream. Finally we can create worlds that feel real.” To summarize, Oculus showed off the following:

Eve Valkyrie – by CCP. This is space dogfight simulator set in the universe of Eve Online, developed from the ground up as a VR experience.

Chronos– by Gunfire Games. Developers of Herobound, Gunfire have a proven track record with VR on the Samsung GearVR. This is an atmospheric RPG similar to Ico.

Edge of Nowhere – by Insomniac Games. This is a survival horror game developed by the ground up for VR. It looks unlike anything Insomniac has worked on in the past.

They also quickly showed off:

After this, Anna Sweet, Head of Developer Strategy, briefly discussed Unity 5 and Unreal Engine 4, with Oculus native support, free “out of the box.” She then revealed a “pub fund” for indies, with over 10 million dollars dedicated to accelerating indie games development.

Nate Mitchell, VP of Product, then talked about user experience. He brought up the new interface / system software, Oculus Home. Built for VR, Home is your portal to everything Oculus, bringing all rift games to one place. It is the perfect jumping off point for everything in Oculus universe. When you put on the Rift, you’ll drop straight into Oculus home. It provides a virtual environment where you can check out your games library, and see what other people are playing, with community features, such as a friends list, and chatting.

He then noted something that all VR fans know all too well: you can’t convey what VR is about in a screen shot or video. Instead, Oculus Home will put you into a VR experience for each game so you can get a small taste of each game before downloading it.

However, it also features a 2d interface as well, where you can browse the store, manage downloads, chat with friends, all without putting on the headset.

Finally, they closed the show with Palmer himself coming out on stage to introduce their solution to input.

“Input is hard” says Palmer, “but we got it right.”

“I’ve seen thousands of people try the rift, and the first thing everyone does is try to reach out and touch something… We wanted to create an input device that lets people reach out and interact with things in the virtual world”

Code-named Half-moon, the motion controller aims to fulfill a number of key missions:

Manipulation – Users must be able to pick up a gun, fire it, throw it effortlessly, without ever thinking about it

Low mental load – The device must be something you don’t have to think about. You need to be able to use them

Communicative Gestures – It must provide the ability to communicate with your hands; imagine pointing, waving, or giving a thumbs up – half moon enables this.

Traditional inputs – It must allow for traditional style controlls, and therefore each controller has one analog thumbstick, 2 buttons, and a trigger to enable new experiences, old experiences that have been brought into VR, as well as hybrid experiences.

It also features haptics so that you can feel the things you’re touching, and can detect finger poses using a matrix of sensors, to recognize gestures such as pointing, or giving the thumbs up. This new controller is known as “Oculus Touch.” No release date was given.

That about sums up the presentation. It was pretty amazing, and definitely a great start to E3! Hopefully you’re as excited as we are. Make sure to check out our other E3 pieces, including the Content Team’s wishlist and predictions, and my look at the nature of E3 and two games that I feel won’t get the attention they deserve. As always, thanks for reading!