The Weekly Nerd Reviews: Kubo and the Two Strings 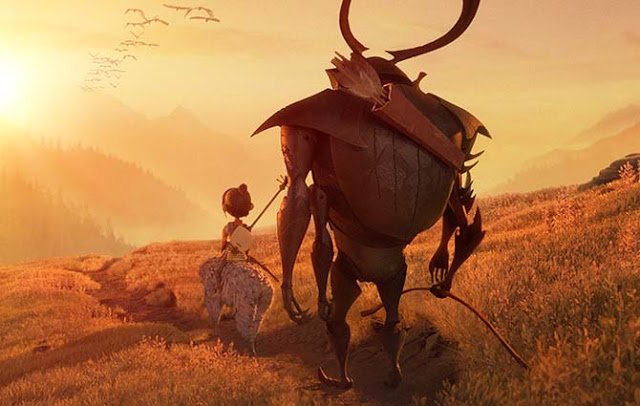 Kubo and The Two Strings is a movie about telling stories. It is also about forgiveness, choosing one’s own path, death, and rebirth. It is also one of the best movies I have seen this year.

Yes, Kubo is a kid’s movie. Yes, there are moment’s of juvenile humour that one would expect from a family friendly film. Even so, the film did not shy away from from the topics mentioned above. That, with great voice acting, stunning stop-motion visuals and an impressive score, makes this  one of the best movies I have watched this year.

The main plot focuses on Kubo, played by Art Parkinson (Game of Thrones), a young street musician with a talent for origami. He is eventually joined by the overly cautious Monkey, voiced by Charlize Theron (Mad Max) and the incredibly forgetful Beetle, played by Matthew McConaughey (Interstellar) as they go on a journey to collect mystical items and face off against the Moon King (Ralph Fiennes, Spectre).

This Movie looks and Sounds Amazing

Just in case you have not noticed, Kubo and the Two Strings is an aesthetically gorgeous film. At a time when CGI is the standard for western animated films, it is refreshing to see a film use stop motion animation. It cannot be stated enough how impressive the work that Laika Entertainment has done for this film. Every character moves with a natural expressiveness that not only brings every character to life, but also makes them all feel distinct. Kubo himself moves with a childlike playfulness, while Monkey has a more preciseness to her actions. The small details like characters clothes moving in the wind or their footprints in the snow help the world feel real. The actions scenes are also quite intense and very well choreographed. I NEVER expected Kubo and the Two Strings to have my favorite action scene in any movie this year so far. And yes, that is including the Airport scene in Captain America: Civil War. The movements of the combatants are beautiful and intense, framed in a way that harkens back to old martial arts films. In one particular scene, there is some cool and creative use of a classic Japanese weapon (Kusarigama) during a fantastic set piece that can rival some of the best actions scenes in live action movies.

The film is clearly influenced by Japanese culture. while it would have been easy for this to be surface level, Kubo opted to take things a step further, by having the themes of the film be influenced by Japanese culture as well. The music also matches this theme. Seeing as Kubo himself is a musician, there is a good amount of diegetic music in the film. When Kubo is telling a story and using his impressive origami magic, he will often change his tune to match the mood he is going for. It is a cool way for Kubo to expressive himself and to get the viewer invested in the story. The rest of the score is similarly impactful. When the heroes are confronted with a pair of dangerous adversaries, the music clearly reflects the direness of the situation. The rise and fall of intense music is just as important to the movie as the story itself. This is the best movie score I have heard in the past couple years. The score is so well done, it is worth it to listen to it on its own. 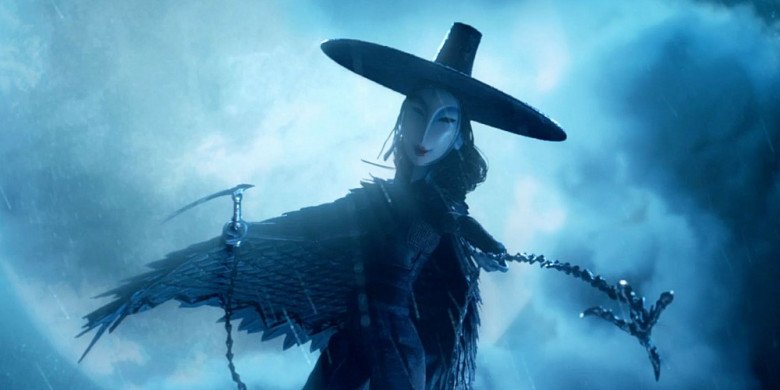 The Journey of a Storyteller

As I said earlier, Kubo is a movie about telling stories. This is a great way to get viewers invested in the film’s story itself. Kubo’s past is such that he only has the stories of his families exploits to keep him entertained and dreaming of a better life. Because these stories are essentially all he has, he ends up sharing them with the people of his village. At the beginning of the film, he only has other people’s stories to tell, and that, in turn, informs his path as the movie goes on. As the film proceeds, Kubo begins to learn that things are not quite as they seem and he may have to make his own choices, which leads to some emotionally impactful moments.

One of the best things about this movie is the fact that it does not talk down to the audience. Even though this is a kid’s film, there are actual consequences for character’s actions. Kubo and his friends may not be trying to save the world, but they are fighting forces that are more powerful than they are. The stakes are very much personal, so it is easy to get invested in Kubo’s struggle. The villains, surprisingly, arent’s outright evil either. they most definitely do some terrible things, but once you understand their motivations, it becomes clear that the stakes for them are very personal as well.

This film is fantastically cast. Parkinson does a great job of making Kubo sound like a young and hopeful boy. He is able to balance the naivety of a youth with the gravitas of someone who has been forced to grow up faster than they should. He can bounce between the two in a way that only a child can, which helps Kubo to feel like a fleshed out character. He will goof around when he can, but when things get serious, he shifts between being frightened to being brave in a believable manner.

Theron does a great job of portraying Monkey as a character that cares deeply for Kubo and would do anything to protect him. She is business 90% of the time but is willing to let her guard down for a good laugh when needed. Monkey at times has the burden of delivering exposition, but Theron handles these scenes well, making them feel natural. Monkey, more so than anyone else, seems to understand the dangers that they face, so she works hard to keep her comrades focused with equal measures of exasperation and levity when they get sidetracked.

McConaughey plays the playful Beetle, a former warrior who was cursed into his current form. He portrays Beetle as being very upbeat and outgoing, despite the fact that he has been turned into such an inhuman form. Beetle is plagued with the loss of his memory as well, so it is both funny and heartbreaking when he is struggling to remember his past as well as realizing he has fantastic abilities and incredible combat skills. He takes an immediate liking to Kubo upon meeting him which also endears the audience to him.

The less said about Fiennes’ Moon King the better. That is not because he does a bad job but because it is a treat to hear his weirdly soothing voice for the first time without knowing when he will appear. I will say that he does a fantastic job in this role playing a nebulous villain that is more human that he initially appears. I will mention Rooney Mara (The Girl with the Dragon Tattoo) plays a pair of terrifying sisters with mystical powers. They are not only terrifying in their movements but seem to take joy in their villainous acts. Mara is able to make them have an almost calm menace to the way they speak. Having said that, when they get angry, they become that much more intense, and Mara plays this deftly.

Verdict: Kubo Knocks it Out of the Park

Like Coraline and Paranorman before it, Kubo and the Two Strings delivers a great story for kids and adults alike. It does not depend on cheap gags nor awkwardly veiled adult jokes draw in crowds. Instead, it has fantastic characters, a story that can resonate with all ages and an undeniable style accompanied by incredible substance. I cannot recommend this movie enough. Check it out, and bring your kids too if you have them!

When Nedu is not telling tall tales of his heroic exploits, he is writing content for AYBOnline. His views are his own,