Welcome back to the Weekly Nerd! Here I am going to talk about all manner of pop culture nerdishness goodness. Whether it is movies, TV shows, comics or anything nerd adjacent. To kick things off, I will talk about the 2016 Ghostbusters Movie! Let’s dive in!

So how is this movie in general? Unsurprisingly, the film is just okay. I will admit I did enjoy myself at many times throughout the film. There were a lot of great character moments and some genuinely good humour. The movie’s main issues are its incredibly generic villain and pacing.

Let’s break it down, shall we? The Ghostbusters are all women in this movie. Gasp. The movie is quite aware of the fact that there is a lot of vitriol on the internet. Because of this, there is a bit of meta-commentary within the film itself. Most of the jokes about this are not very good and took me out of the movie. Normally I am quite into meta humour but in this context, it felt reactionary and did not mesh well into the movie.

By far, my favorite part of this movie is the cast. The movie is full of hilarious and talented people. Even when some jokes don’t land, the actors themselves do what they can with what they are given. Save for one necessary cameo, everyone seems committed to their role.

The four main characters are easily the best part of the movie. Watching these women interact and joke with each other was so engrossing because of their undeniable chemistry. I truly believed that these characters were friends running around Manhattan and having conversations. Wigg, McCarthy, McKinnon and Jones each bring a unique energy and wit to their roles. The only one of them that seemed a bit off was McKinnon’s Jillian Holtzmann, who seemed like she was legitimately insane. Her character is so heightened, it almost feels like she is in a different movie at times. Also, she looks exactly like Egon Spengler from The Real Ghostbusters cartoon, which is kind of amazing.

Even the secondary characters feel like they have a lot of personality. From Hemsworth’s dumber-than-bricks receptionist or Zach Woods hapless tour guide, the various actors seem to fit well into this world. 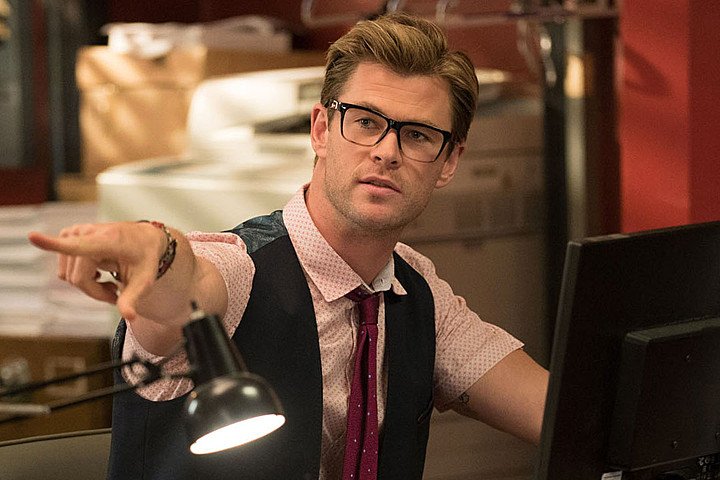 Busting Looks Good… Most of the Time.

The special effects are pretty cool too. The look of the beams from the proton guns and the various other ghost busting tools are quite well done and integrated well.The ghosts at the beginning of the movie looked very cool and quite creepy. When there are one or two of these specters on screen, they have interesting details. Their clothing is well defined, but you can see an outline of their glowing skeletons.

On to the Not so Good…

This movie is fun, but there are some major issues that push into the “just okay” category.

While some of the jokes land, many of them just fall flat. Again, it seems that the actors carry their roles well, but there are some jokes that just don’t work, or feel very shoehorned in. Sadly, a lof of the references and cameos just felt forced. This is a shame because these things are much more noticeable for fans of the original movie and can also lead to a lot of frustration. The “cute nods” are more like insufferable pokes. It is almost like the movie is trying to tell the viewers that it has seen the original film by throwing in awkward references that don’t always fit.

The villain is also an incredibly low point. He is a very generic antagonist who seems to have an ill-defined reason for pursuing his goals. This is not only disappointing but feels like a very missed opportunity. The writers had a chance to draw a connection between him and the heroes due to a well-developed plot point but was only relegated to a throwaway line.

The pacing feels off in this movie as well. While the first two acts of the film move at a good pace, the setup for the third act is clunky. There is some unnecessary tension in cliched scenes that felt contrived. They only managed to bog down the movie and slow the lead up to the final confrontation.

The third act also had a wholly unneeded action scene. This scene really drew the whole movie to a screeching halt. There was no instance of moving the plot forward and there were also little to no jokes here. This is a shame because it felt out of place in a movie that generally felt cohesive. The action itself was not overly impressive, with liberal use of slow motion and a lot of waves of ghosts. The special effects for the interesting ghouls from earlier gets lost in a mess of CG baddies who lack the incredible detail we were treated to earlier.

Verdict: Check it Out! But Maybe Not in Theaters…

It goes without saying that this movie pales in comparison the original 1984 film. Honestly, I think this movie’s biggest sin is mediocrity. There were many times throughout watching this film I felt this movie could go a step further with a joke, or would draw back with the length of a scene. Having said that I did enjoy my time with this film. The main protagonists were easily the best part of Ghostbusters.

If you have any interest, I would recommend waiting for a Netflix release but this movie is not good enough to merit a theatrical viewing. I feel this movie was fun while it lasted, but does not have the staying power of its predecessor. Much like Robocop and Total Recall before it, this is another remake that has little impact. Unlike those movies, Ghostbusters has some real heart behind its characters and the performance they deliver.

Nedu is a writer for AYBOnline and he ain’t afraid of no ghosts. His views are his own.