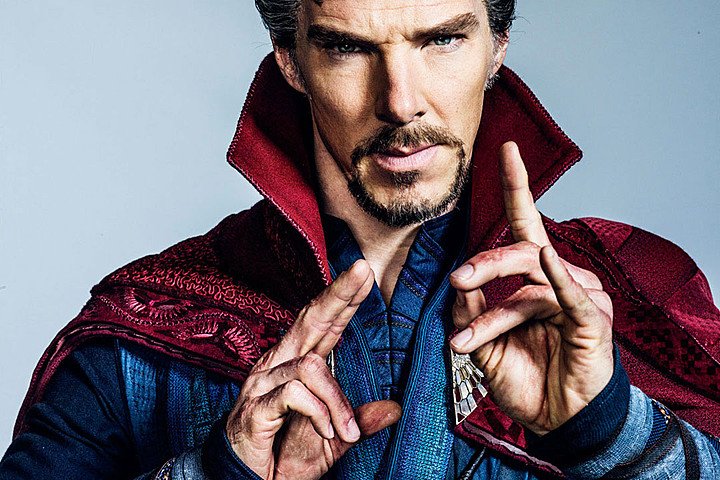 Welcome back to the world of the Marvel Cinematic Universe. This a safe and familiar place where the hero is presented with some problems, has to fight an unremarkable villain, learns what it means to be a hero, and wins the day! It is pretty straight forward.

While this may be true on some level, it is far too reductive. While there is a lot of homogeny between the Marvel films, there are certainly a few that stand out. Movies like Marvel’s The Avengers and Captain America: The Winter Soldier felt fresh in their execution, even if the basic structure was the same. While Doctor Strange does little to change up the formula, it sets itself apart in some interesting ways.

The Doctor Is In

Doctor Strange follows the story of how genius surgeon Stephen Stange learns about the mystical world that lays hidden beneath the one we know. Early in the movie, Strange, played by Benedict Cumberbatch (Sherlock, The Imitation Game), suffers a severe injury that leaves his hands mangled. Now that he is unable perform surgeries, Strange begins to unravel and he turns to alternative methods to heal his hands. His search eventually leads him to Kamar-Taj. Here he meets The Ancient One played by Tilda Swinton (Hail, Caesar!, Trainwreck) and Chiwetel Ejiofor (12 Years a Slave, The Martian) as Mordo who teach him the secrets of the ancient arts.

Cumberbatch plays Strange quite well. The man switches from being incredulous and arrogant to humbled quite deftly. While Strange’s character arc of a man full of hubris who must humble himself for the greater good is as cliched as ever, Cumberbatch brings humanity to this hero. When The Ancient One gives Strange a glimpse of the universe, he falls to the ground begging her to teach him. Cumberbatch’s ability to portray a man at the end of his rope is quite impressive. When he begins to learn the mystic arts, he still retains a sense of swagger and skepticism, much to the chagrin of his teachers.

Swinton’s portrayal of The Ancient One is quite good but seems a little tame. I feel this may be on purpose as the woman seems to go out of her way to be understated. She plays the role of the hard-nosed teacher quite well, and she focuses on having little to no changes in her facial expression when she is talking. This actually works well for the character as it makes her true goals and alignment quite ambiguous. When The Ancient One chooses to show emotion, the impact is greater for this reason. Mordo, on the other hand, is quite intense. He can be quite playful when he is teaching Strange about magic, but when it comes to protecting the world from threats he becomes incredibly serious and rigid in his views. Ejiofor plays Mordo with a bit of gravitas that strongly suggests past trauma. This makes his disillusion with the truths about the world of magic understandable as he clearly based his current outlook in life on his master’s teachings.

Sadly, Doctor Strange does little to solve the problem of Marvel villains lacking character. Mads Mikkelsen (Hannibal, Casino Royal) does an admirable job of playing the chilling and powerful wizard Kaecilius, but his ambitions are too broad while his personality remains one note. The Ancient One states that Kaecilius lost everything and turned to dark forces, but this means nothing to us as viewers. We never learn about his actual past, nor does he receive any development as a character. He is mostly there to be a big bad evil dude. Luckily for us, some of the evil stuff he does is a lot of fun to watch.

A Feast For The Eyes

I will say this up front: This film’s special effects are gorgeous. Strange’s trip to the outer universe early in the film is a visual treat and sets the stage for spectacles that take place throughout the movie. It should be noted that the outer universe is an homage to the original art by Steve Ditko who created the titular character. Seeing his art represented on screen is an absolute pleasure. The visuals only get more intense and creative from there.

The major action scenes in Doctor Strange have been teased extensively in the trailers. Believe me when I tell you they do not disappoint. The sight of the city folding in on itself and warping around leaving the characters struggling to stay upright is quite entertaining and could make the visual effects team of Inception blush. The most interesting part of these scenes is the fact that it is the characters purposely warping reality around them to outmaneuver their opponents. Kaesilius is known for his abilities to warp reality, so when he is doing so he is actively trying to cut off and confuse Strange. However, when The Ancient One jumps in and wrestles control from him, he is visibly surprised and annoyed. There is an interesting push and pull dynamic to these reality warping fights that is unlike anything we have witnessed in the Marvel Cinematic Universe.

The action scenes did some other cool things to set them apart from the other Marvel films. Strange and his comrades were not fighting a horde of Hydra soldiers or identical robots. Most of the time they were fighting up to two or three enemies at a time and actually struggling to stay alive. This is notable because it made Kaesilius and his cult of darkness worshipers feel like an actual threat. As much as I love to see the Avengers kick the living shit out of Ultron bots, They seldom seem to be in actual danger. Strange actually spends a lot of these fights running away, desperately defending himself and attempting to trap his enemies rather than beat their faces into the ground.

The effects used for the magic is quite impressive as well. There are a couple moments of poorly integrated effects, but these moments are rare. Strange himself utilizes magical shields and firey whips to fight Kaesilius and his thugs. Kaesilius on the other hand often uses blades made of air that has a visual effect that makes it look like weaving glass, constantly folding in upon itself. Doctor Strange‘s visuals are an accomplishment in many ways and I feel that other movies can truly learn from this one.

Doctor Strange really opens things up for the Marvel Universe. The fact that magic is finally on the table will allow the writers to bring in all manner of characters and plot lines into the films and TV shows. While they do not outright explain everything, there is a sense of internal consistency that lends itself believability. Besides one magical McGuffin, none of the spells feels overpowered. Each ability seems to be tangible and measurable within the world that is developed within the film.

There have been a lot of comparisons between Doctor Strange and the first Iron Man movie. These comparisons make a lot of sense as Strange’s character arc is nearly identical to Stark’s. This is both the result of their comic book origins and the homogeny between Marvel films. Most of the story beats are predictable to a fault in the sense that you as a viewer may know exactly what will happen next simply because you have watched a movie in the past five years. Strange’s fall from grace, his relationship with the people in his life and his eventual rise have been done to death as long as stories have existed. For this reason, the plot will not draw much attention. Luckily the execution makes this movie enjoyable to watch.

Magic is in the Air

Doctor Strange is a fun film with little impact on a story front but the visuals pack an incredible punch. Honestly, the spectacle is worth the price of admission alone. Doctor Strange makes little reference to the greater Marvel Universe, but it makes outright connections when they are needed. I would say this movie’s greatest success (besides the psychedelic displays of magic) is the fact that it can stand on its own legs as a stand alone film. Fans of Marvel movies should definitely watch Doctor Strange without question. Fans of action movies will find a lot to like as well. I would definitely recommend this film as it is a lot of good fun.

Nedu has tried and failed many times to find his way into Kamar-Taj. He is also a content writer for AYBOnline his views are his own.