The Weekly Nerd: Marvel and Diversity 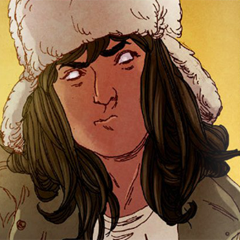 Marvel has been around for decades. Their influence in the world of comics, as well as popular culture in North America, cannot be stated enough. Often, these comics will use their characters and story-lines to reflect aspects of society. Who can forget the iconic cover where Captain America punches Hitler in the face? Or Thor fighting communists? These examples are of similar ilk in the sense that Marvel was showing that they were taking a certain political view. Sure, they reflected popular beliefs and were basically propaganda, but the fact is that these comics were reflecting the real world. 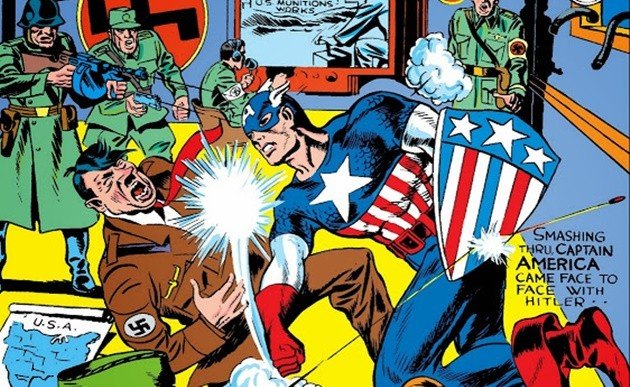 Comic book series often aim to reflect certain aspects of contemporary society in order to ground the stories in things that readers can recognize. A great example of this is the Archie comic that featured a gay marriage. While this caused a controversy, the comic was set on telling a story that reflects the realities that we live in today. A simple thing like a marriage between two men in a mainstream comic sent a vocal group of people into a tizzy, claiming that this would scar children or that this was not the kind of thing that should be in an Archie comic. 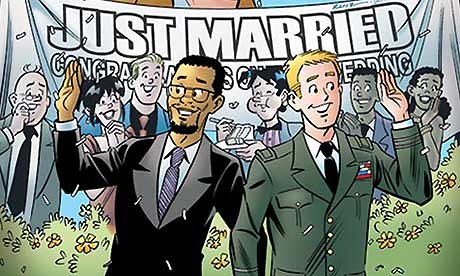 While diversity and changing up the status quo is nothing new in the world of many comic book series, some of the more mainstream comics are a bit slower to adjust. With the Marvel pantheon formerly resembling an Abercrombie and Fitch catalog from the early 20th century, it only makes sense that these behemoths would do their best to work on reflecting the realities of modern society. I was reminded of this topic while reading about Zendaya being cast as Mary-Jane “You Hit The Jackpot” Watson. As I said in that article, there was a bit of fan outcry over this choice.

In the world of mainstream comics, the changes that I tend to hear a lot of anger about is the changes to race and/or gender of major heroes. There are often accusations of pandering or being too politically correct. Worst cases, I hear people claiming that feminists and minorities are ruining their comics. I think these points of view are criminally short-sighted and, frankly, fairly ignorant. Marvel has been re-contextualizing their heroes and villains for as long as they have existed. Carol Danvers has permanently taken on the mantle of Captain Marvel. With the title of Ms. Marvel up for grabs, the 16-year-old Kamala Khan enthusiastically stepped into the role. This American Muslim girl had to contend with traditional parents, racism and becoming accustomed to her new shapeshifting powers granted to her by the terrigenesis. Ms. Marvel gave a voice to second generation kids unlike any other hero before her. While she is not the first bad ass Muslim woman to be featured in Marvel comics (read up on Sooraya from the X-Men series), she is the first to be featured in her own comic. Ms. Marvel did an amazing job of portraying the experiences of a girl caught between cultures. 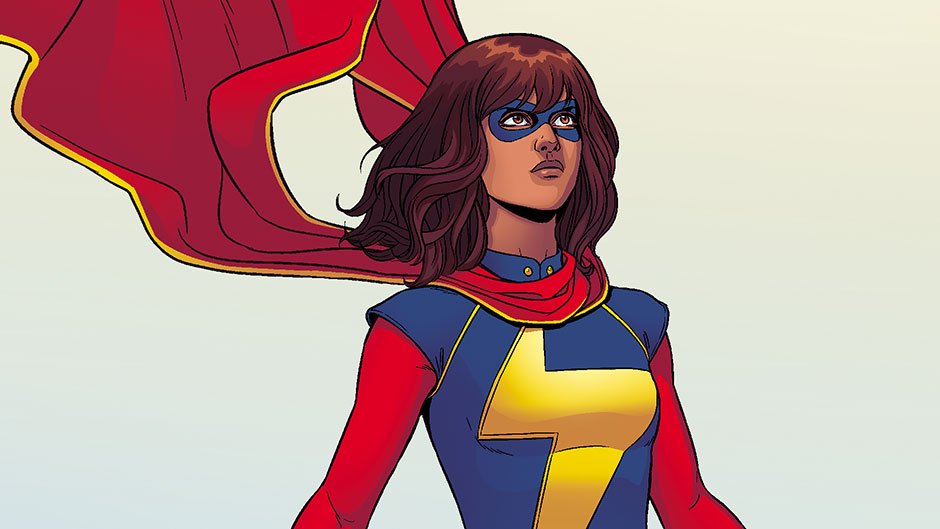 In the real world, art is influenced by reality. Likewise, reality is affected by art. Kamala became somewhat of a rallying cry for a marginalized section of American culture. In San Francisco, people were using graffiti of Ms. Marvel to cover up anti-Islam hate ads on the Muni. The Nerdist has an article about it that you can read here.

The point I am trying to make here is that giving new context to these heroes can open a whole lot of stories and scenarios that would have been impossible if the status quo was kept. This gives readers, both new and old, a chance to see new characters take on old titles and make those roles their own.

The other great thing about re-contextualizing heroes is that it gives the writers a chance to try out new ideas and see if they stick. Many fans were upset when Jane Foster took up the hammer and became Thor. This was an interesting choice for a couple reasons. This has given Jane the opportunity to be much more involved in major events in the Marvel Universe. Jane has been Thor for the past couple years, and the fan outcry has all but gone away. It could be because the flavor-of-the-week outrage has long passed, but it is also because the run has been fairly successful and well-received. The simple fact is that good art and good writing go a long way in comic books.

Often when major headlining heroes step down from the spotlight, they still get up to their own adventures. In the case of Thor Odinson, he became the bad ass looking Unworthy Thor. His story will follow him escaping captivity and forging his own path to becoming a hero again. Thor Odinson used to be one of the most powerful heroes in the Marvel Universe. Getting to see him fall, only to claw his way back up, is a fantastic concept. 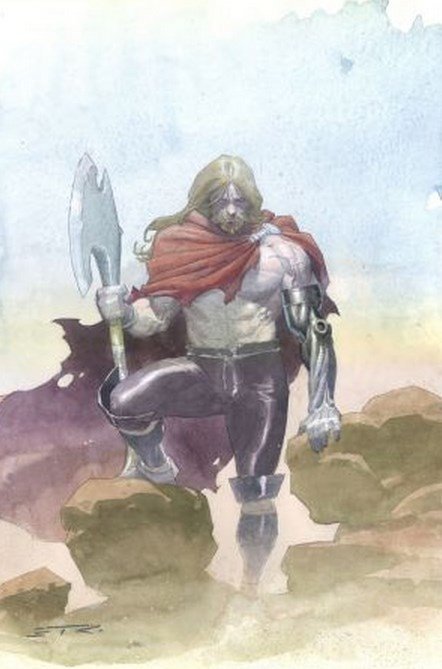 When it comes to the old guard of comic book heroes, they are sometimes gone, but seldom forgotten. It is easy to become annoyed, or even upset when writers make choices that we don’t agree with or seem baffling . But we often see them return to their former roles, with new heroes fighting alongside them. Sam Wilson as Captain America caught some flack for his liberal views and his willingness to be more openly political. Steve Rogers was still around and still working for S.H.E.I.L.D., but Sam has a very different perspective on things as he grew up as an African-American in the U.S. Rather than lamenting the different stances of these heroes, it can be interesting to consider why they are different and how that makes them both more interesting. Rogers has a much more idyllic vision of America, while Wilson has seen more of its harsher aspects. The two of them are still friends, but they do not agree on how to handle situations because of the way they grew up, as well as what era they are from. This has led to some great stories that are definitely worth a read.

Comics are escapist fantasy. I often read comics as a young child because life was confusing and difficult. Looking up to heroes made me happy and gave me some really fun story-lines to follow. But to say that we need to keep politics out of comics seems a little short sighted. As I said earlier, comics have always been reflective of society. Whether it is wartime propaganda, or showing the experiences of a first generation immigrant kid becoming a hero, comics can hold up a mirror to society interesting ways.

Nedu may or may not have tried to pick up Mjolnir… and failed. He also writes content for AYBOnline. His views are his own.