The Weekly Nerd: An Interview with Hope Nicholson 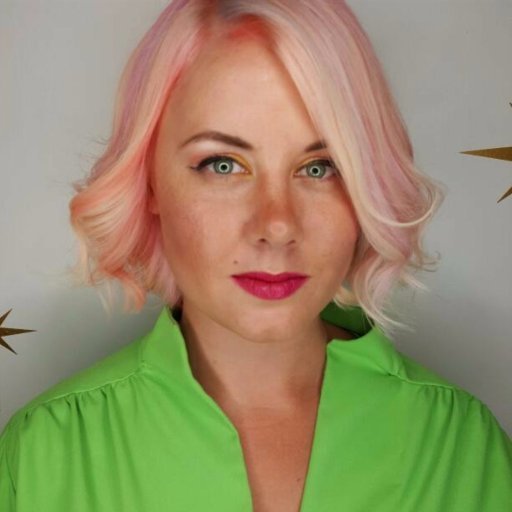 Welcome back to the Weekly Nerd! This week, we have an email interview with Hope Nicholson.

Hope is the creator of Bedside Press, a company that focuses on publishing many different types of comics and republishing out-of-print comics. She also works as an editor, and has contributed to various works and anthologies. Hope describes herself as an avid fan of comic books and truly enjoys sharing her passions with others. 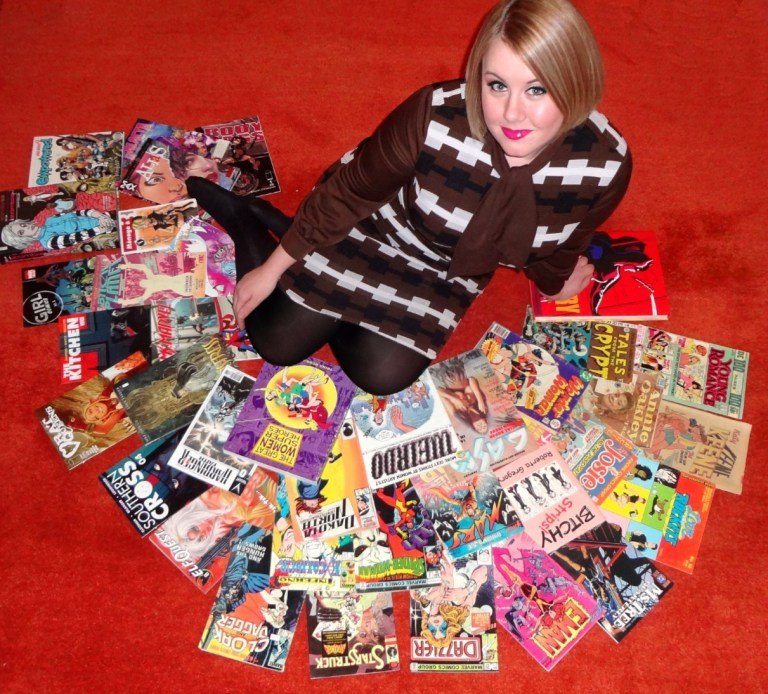 Hope was kind enough to take time out of her busy schedule to answer some of my questions about her work. Let’s dive in, shall we?

Nedu: When and where did your love of comic books start?

Hope: I have always read comics, I guess as most kids do, but for some reason I never wanted to put them away. I think I have a bit of a collector urge in me (I’m a bit obsessed with archival and such) and so I couldn’t give up some series until I had every issue and by that point, well I was a teen, and it was too late for me to give up comics! Though I did try, at one point I sold off most of my collection. Less than a year later I rebought it all on eBay because I missed it so much.

N: How and when did you decide to turn your passion into a career?

H: Hm well, I always gravitated towards doing something with comics whenever I could, but I never did consider the possibility it could be a career. I originally had intended to work in film, and it happened that I was interning at Book TV and kept bothering them, and the nearby Space Channel with comic book questions. Then I went to work for a documentary company and thought it would be amazing to make a documentary about Canadian comics.
Then I did it! And then Kickstarter came to Canada, and I realized that with all the work I had been doing chatting to people and getting them as excited as I was about comics… maybe I could see if they’d help me make some. And they did.

N: What is the process of finding and republishing out of print comics? How do you find these projects?
H: Oh it’s a lot of fun. I spend so much time reading old comics, but the ones that I can not find are particularly interesting. The 1940s comics were so frustrating because they had so few pages online. I was able to track down microfiche and read them that way (very laboriously) but I wanted them to be accessible. I reached out to the internet, and at comic conventions would travel around with my card, looking for collectors who had these. This is how I was able to find all of the issues for Nelvana and Brok Windsor. Many of these comics are now publicly accessible through Library and Archives Canada, which, if it had been done when I was starting publishing… I wonder if I wouldn’t have even bothered! But I’m glad I have.
N: Why do you feel it is important to bring these comics back? What are some of your favorite titles that you have republished?
H: I think it’s important to have content from the past accessible, otherwise we forget our history. I mean we do so regardless, but I want everyone to have the opportunity to go through these comics. Read what your grandparents read, or the artists and writers that were breaking boundaries that were soon forgotten. I think Fashion In Action, my latest project is particularly interesting. There’s a lot of discussion about how representation of female characters is newer and better than ever before, but this ignores all the people who were trying. John K Snyder III’s women are all shapes and sizes, abilities, personalities, and races. And the comic wasn’t about that, it was about their adventures together. It was an important comic that has been forgotten, and I love bringing these to people’s attention.
N: In the past, you have worked in research and marketing. How has that informed what you currently do now?
Research has been a huge help. I used to work in a field where I was analyzing numbers, creating spreadsheets, drawing conclusions, and I wasn’t very good at that at first, but as time went on, it’s like a part of my brain opened up that I didn’t know about. Suddenly numbers, and what they mean, were like reading a story. This has helped me so much in my histories, by creating spreadsheets and looking at data, I can start to think of questions to ask the data (how many comics published in this year, did it decrease the next year, how many were female-led, etc.) and learn about history directly, rather than from people who’ve already written the histories. For marketing, that was absolutely essential work for my Kickstarters. Working at the documentary company, which is now where my office is!, I spent a lot of time stuffing envelopes and emailing press, sending out festival exhibition forms, and I knew how important work to find these contacts was, in a way that a lot of people starting Kickstarters don’t think about. 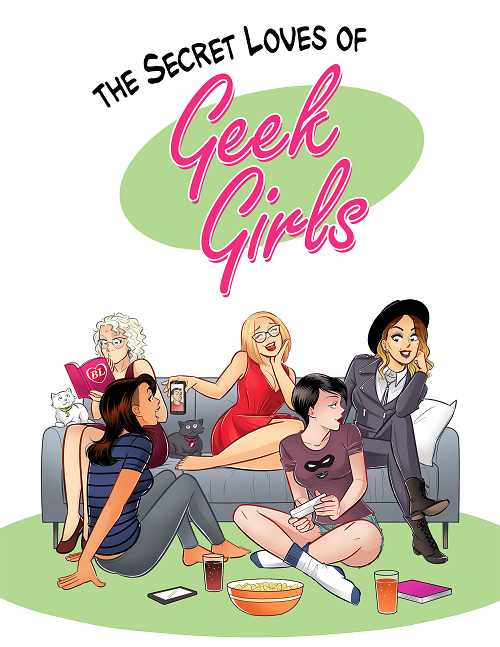 N: Secret Loves of Geek Girls seemed like a huge project! What was it like getting the project going and working with all those women?
I have to admit, I am not the biggest fan of writing, or of editing. But in publishing the part that makes me feel the most alive and the most needed is coordination and guiding a project. So a project with over 50 different contributors, which to some people would be a nightmare, was incredibly satisfying to me! And the nice thing is that with the book consisting of small chunks written by many people, you can actually see it take shape with alarming speed. It’s very addicting making an anthology if you like the process! I was lucky too that with so many creators, it’s inevitable that personalities will clash and I worried about that at first a lot. But in the end, there was relatively few problems, and the ones that came up, weren’t too bad.
N: You have worked on many projects over the past few years. What are some of your favorite projects and why?
H: Every project is my favorite one at the time, I think it’s important to let it go after that. I think I really did some amazing things with Brok Windsor though. I know that the restoration could have been better (I was recently lectured on my poor file format saving that degraded quality by a professional!) but I taught myself, and I worked hard to make it look good. There was also some amazing research finds that I did with that project that helped me connect the families of the creator and the family of the person Brok Windsor was based on that had never been done before.
N: What upcoming projects are you excited for?
H: I’m excited and nervous to see what people think of the history book I wrote for Quirk books, “The Spectacular Sisterhood of Superwomen”. The histories for each decade are very brief and largely based on my own research, which means it’s me standing behind my facts, I can’t dodge and say, “well it’s just what I read in a book”. But that’s also very exciting because it’s not a comprehensive history but I think there are a few things I dug up here and there that haven’t been in history books before.

N: Are there any comic book series that you are currently reading that you would recommend for people who follow your work?
H: I haven’t had a pull list in quite a while, but that’s why webcomics are so lovely. I’m a big fan of Kris Straub’s Broodhollow and Gisele Lagace’s Menage a 3. Especially if you’re in a down mood, Gisele’s comics blend fun and humour, silliness and sexiness, and they’re very entertaining. Plus they have gorgeous art. Kris’s meanwhile is slow and sad, but very atmospheric. It has great pacing and you can lose yourself in the story.
N: What do you feel mainstream comics can do to be more inclusive? Do you feel they are making some advancements in this area?
H: Comics are always doing a dance of becoming more inclusive and less inclusive simultaneously. It can be frustrating at times. I think it’s often the more independent smaller publishers, the ones you find on Kickstarter that are small, quick to change, and fill a market need that really need to be looked at! But larger publishers who are trying to expand with different lines are important too. Image did well at adapting to new market, going from T&A comics to story-driven comics over their years. DC has done some wonderful work with Vertigo and I hope to see exciting things from their new Young Animal line. I wish Marvel would bring back the Epic creator-owned imprint they used to have. That was an important publisher, and good for them too to be associated with new talent. 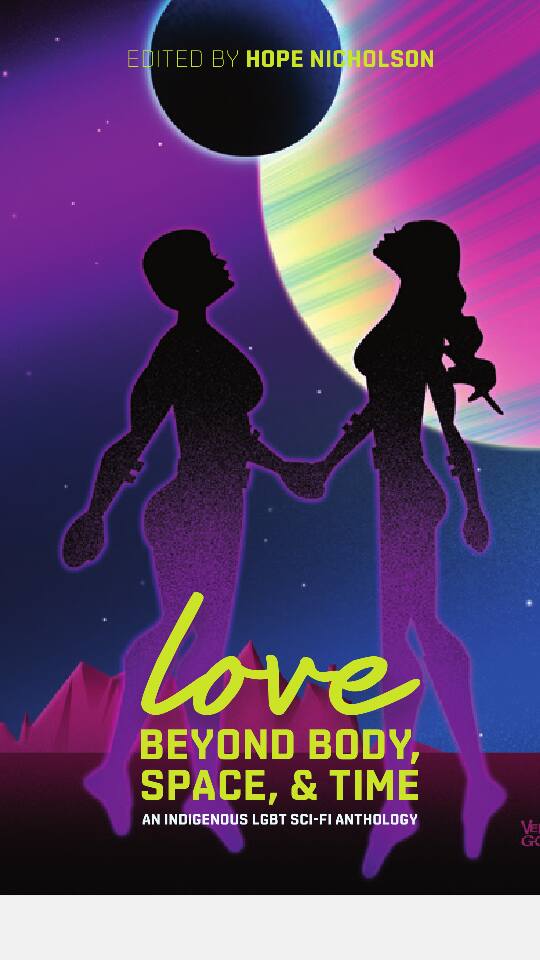 N: What kind of advice/guidance would you give people who are trying to get into the comic book industry?
H: If you’re a comics artist, start getting your work out there, put it online, don’t be scared. You’ll improve and people will be drawn in. If you’re a writer it can be harder. Look for artists you can pay for work. Write a lot. Write short stories to start, look for anthologies. For publishers and editors, make friends, get out there, talk to people. If you have an idea, spend some time researching it, plotting it out, put in all that background marketing and research work.
There you have it! I would like to thank Hope for a fantastic interview. If you would like to take a closer look at her work, check out her awesome website! Until next time!
Nedu is a writer for AYBOnline. He uses his comic book collection as a resume item. His views are his own.
Bedside Press books comics Hope Nicholson Interview Nedu Ejeckam The Secret Loves of Geek Girls The Weekly Nerd