A sickly Friday has led to a late entry. My apologies to my readers that wanted something a little earlier in the day.

First up, we have a couple of trailers as always.

A new trailer was released for Ash vs. The Evil Dead. I like it. ‘Nuff Said.

And for those of us with the hearts of giants thanks to the love of a wonderful animated film, we have a trailer for the September 30th theatrical re-release of The Iron Giant. This movie is one that still moves adults to tears when they see it years later. Even though you know it’s coming, those god damned onions get you every time.

I know, I know, there were a few other trailers that came out this week, but none of them stood out for me.

Now that Marvel has the rights back to the Blade franchise and sufficient time has passed since the last movie, it’s time for a reboot. But is it really a reboot? Recent news has been toting that Marvel is going to be moving away from the traditional Blade character and on to his daughter in the recently announced relaunch of the comic, named Fallon Grey. The comic itself has been delayed and we don’t have a lot of details regarding her, but it’s interesting. Given the fact that Blade himself ages as a normal human, one would assume that they would need to relaunch him in a different way somehow. This might be a way to do it.
(source) 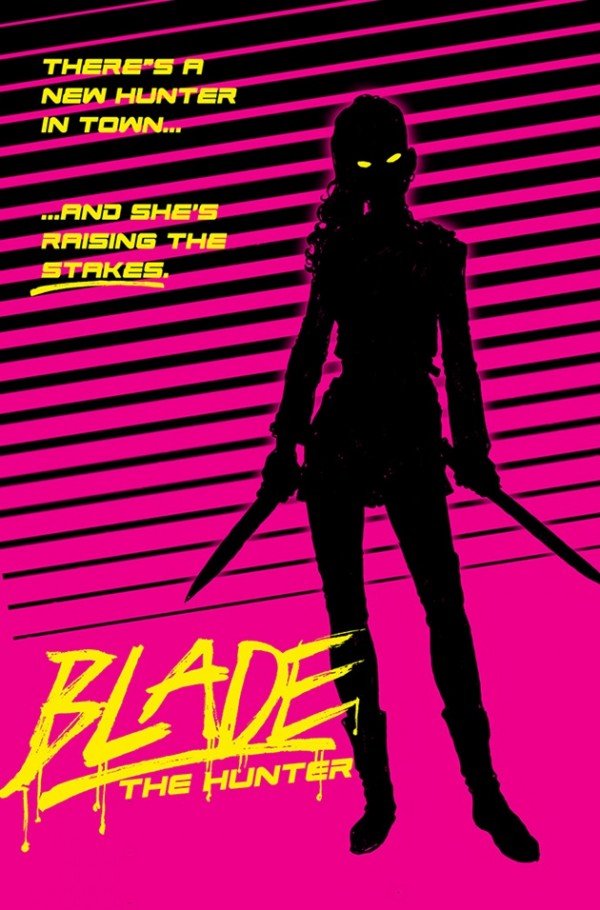 Continuing on the Marvel train, a synopsis was released for the upcoming Netflix series about Luke Cage. Set to be released next year sometime, it will be the third of the four original series signed over to Netflix for production. The series begins production next week and there has been very little news about casting. They are definitely doing this one quietly.

“Luke Cage is a former gang member who is framed for a crime. In prison, he volunteers for a medical experiment that goes awry, giving him super strength and bulletproof skin. Using his newfound powers, Cage escapes and becomes a hero for hire. His archenemy is Willy Stryker, a former childhood friend from Harlem. The two committed petty crimes together, and both fell for the same woman, Reva Connors, which led to their eventual falling out. It was Stryker who framed Cage for a drug deal that sent him to prison.”

The synopsis here is pretty well in line with the origin story of the character. Given how well they produced Daredevil, and the way that some folks who have been lucky enough to get pre-screenings of Jessica Jones have been raving, I doubt they will do anything poorly with this one either. (source)

The synopsis for Agents of S.H.I.E.L.D. was also released this week, and it is about what I expected. The introduction of more Inhumans with the growth and development of S.H.I.E.L.D., and the re-emergence of Hydra as a force. Throw in the standard government oversight and we may have something to keep us entertained. The downside, I think (given the amount of characters they introduce from season to season), is the same as they faced in the sophomore outing. How do you avoid overtelling your backstories to generate interest in the new cast without it becoming overly dry and alienating viewers? Given that the season should finish right around when the next Marvel movie will end, I assume that the season finale will probably be a tie in to the movie. You can read the entire piece on Heroic Hollywood. (Source)

Some art leaked earlier this week showing what some people are calling the defined “teams” for Captain America: Civil War. Now, none of this is official, so I will assume that it is fan art until such time as it comes from multiple sources or is confirmed by Marvel in some way. But the art is cool, so I figured I’d show you guys. The bonus is that IF this leak is correct and Ant-Man and Hawkeye end up on the same team, we might get to see something like this.

DC Comics has been showing numbers that say it’s nearly 2 million down from its projected estimates for 2015. What does this mean for us? Well, it gives us something to look at. DC will be changing Superman back to his classic form in the new relaunch of his series, and Bruce Wayne will be brought back to life faster than some of us expected. (I figured it would wait until Christmas or Easter). There are a lot of hopes riding on the upcoming Dark Knight III, developed by Frank Miller. The only downside I find to this is that they did what they did to Superman because he had become so monstrously overpowered in recent years that he NEEDED to be scaled back. I hope that they do something with him in that vein and don’t just give him the old “I’m a Deity nothing can hurt me” vibe.

A photo was released of Michel Fassbender in his costume for Assassins Creed. I have to say, I really like it. There was also a bit of news published regarding the overall plotline for the story. Fassbender will play an assassin named “Callum Lynch”, he will unlock the genetic memories of his ancestor Aguilar in 15th-century Spain. Fassbender will then use his newly acquired skills to fight the dreadful Knights Templar in the present day. I am not sure whether they will do this in flashback sequences, to learn new skills as he needs them, or if they will do something akin to the first and second games when you play through the plotline and then need to use the skills afterward. I am sure that more will come out, as the movie is now in production.

I will finish this week on Star Wars news. First, I will show you the things that make me cringe. Hasbro announced their toy lineup for Episode VII and with it came something that… well, I really have no words to describe it, because it makes me want to unsee what I have seen. We call these… the Hasbro “Blade Builders”, and it drove a stake into the heart of lightsaber lovers everywhere. And to add insult to injury, they also released “Furbacca”. Take a look at the full gallery here.

What goes down, often goes up. So I’ll leave you with a release from the official Star Wars Instagram account showing some more scenes from episode one. If my hypothesis is right, we should have a second full length trailer within the next 2 weeks.