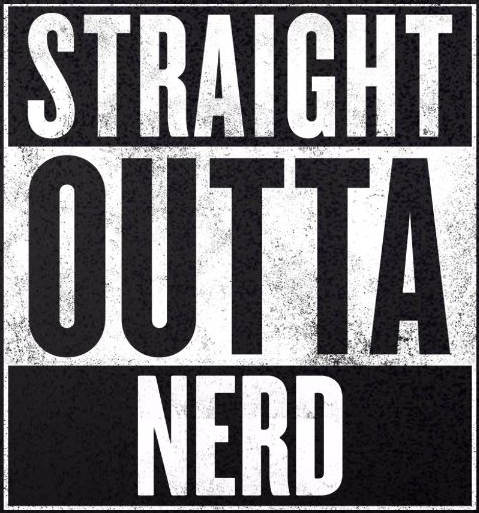 Friday, the day where I get to pile copious amounts of Internetting into one concise (yet garbled) thought. What’s that you say? Yes, It’s TWN.

First up, as always… Trailers. This week was a week of surprises when it came to trailer hunting. I found three trailers for things that I didn’t even know were in production, let alone close enough to have a trailer.

Victor Frankenstein was completely off my radar, and I am glad that it was. This trailer really caught me off guard and I think I might have liked it a little bit more for that reason. I shared this trailer with some of the other AYB staffers this week and one of the responses was “Yep, got my attention,” which really (at least in my opinion) is the entire purpose of a trailer.

This trailer piqued my interest from onset. Once I saw the trailer, I resisted the urge to read up on the film. I want to be surprised. The concept, at least based on the trailer, seems very “6th Day” but it may be something completely different.

Lastly, a premiere trailer for a Showtime Drama that is launching in January.

Stock market scandal series starring Paul Giamatti (John Adams) and Damian Lewis (Homeland). The trailer makes me want to watch the series, or at least the first few episodes. I think this one will be very worth watching.

Now, onto some news.

Some behind-the-scenes photos from Star Trek: Beyond were released this week by Screen Crush. These were exclusives, so we are going to share the link with you shortly. The images show some interesting uniform changes for Captain Kirk, and a new alien race. Take a look at them here.

I like the fact that they are trying to forge a new path with this series. I personally felt like the Star Trek series had grown stale, but they also had nowhere to really take the series without skipping forward another millenium. Since the novels and comics that were being released were also all released as canon material, movies would need to fall in between that development. By creating another entire universe, the directors and story writers can do what they want.

Daredevil was arguably one of the most successful new shows this year. It’s success was directly tied to the launches of more shared-universe titles. We do know that if this series had not done well, Marvel most likely would have cancelled production on Jessica Jones, Luke Cage and Iron Fist. But with the series being adapted so eloquently to this format, we can hope that more of other smaller or less viable big movie names will make appearances of the same variety. I, for one, am looking forward to Jessica Jones and the way that they are bringing the entire Defenders line-up together. Now that I’ve gone on my tangent… the official Daredevil Twitter feed teased a shot of the suit for season 2. 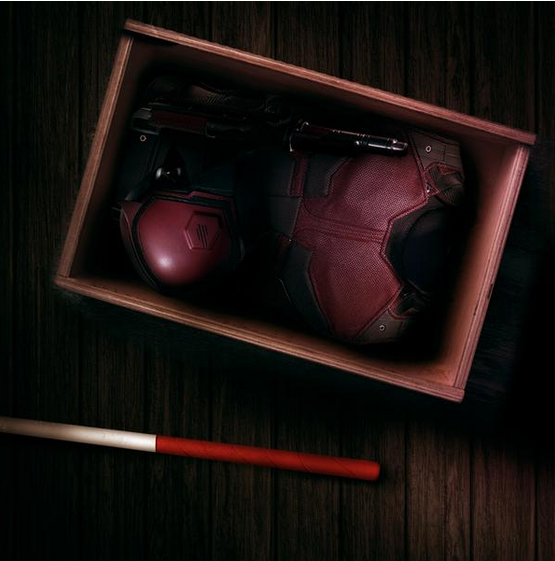 On some CW/DC news, Matt Ryan has been signed to guest star on Arrow as Constantine. Most people are thinking that his visit will be something to assist with bringing Caty Lotz’s Sara Lance/Canary character back to life. In the trailer for Legends of Tomorrow, we see a shot of her coming out of what can only be assumed is the Lazarus Pit. She has been quite dead for some time now, so it may require a little bit more magic to do this right.

This announcement had the world buzzing with rumors that they were going to use the guest spot as a back door pilot to bring Constantine on to the CW. The CW has officially stated that there will not be any more hero shows on their lineup in the near future. The CW currently house Arrow, The Flash and the upcoming Legends of Tomorrow, that’s a third of their primetime slots filled with hero shows. Any more than that and they may as well just rebrand to DCTV. There are rumors that Arrow will finish in season 5 and we may possibly see another announcement after the show wraps up. However, we do know that the CW does have a habit of keeping heavily rated shows alive long past their expected expiry date.

In another TV announcement, Marvel has officially requested a pilot production for the Agent’s of S.H.I.E.L.D spinoff titled “Most Wanted“. The series was originally envisioned to be a Mr. And Mrs. Smith concept centering around Bobbi Morse and Lance Hunter (Adrianne Palicki and Nick Blood). The concept has apparently been retooled, but we have yet to see anything to indicate the new direction. We do not know how they will launch the show, however I expect they will backdoor it into the third season of S.H.I.E.L.D. I don’t know about you folks, but I’ll be happy to just have more of Adrianne Palicki on screen. I’ve loved her work since Friday Night Lights and I think she’s great. 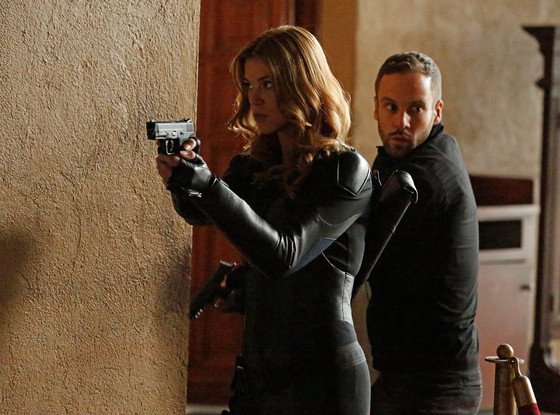 Sadly, I need to let you know that the Batman universe has lost a member this week. Actress Yvonne Craig passed away. She was the original Batgirl on the 1960s TV series. Craig had one other memorable role on television as well: she was Marta, the original “Orion slave girl” on Star Trek: TOS, pictured below. It’s a performance that defined that entire race in Star Trek for decades to come and is still one of the more enduring images from the original show. A role that has been emulated in the new series and cosplayed since time immemorial.

Did you think I forgot about D23? So much Disney, So little time…

Disney Animation and Pixar have Announced some upcoming Movies and given us some information on them.

Gigantic will be another classic tale, told in a new way. In the same way that Tangled gave us Rapunzel, Gigantic will bring us Jack and the Beanstalk. Transposed from the English countryside of the original fairytale to Spain during the Age of Exploration, “Gigantic” will follow the adventure-seeking Jack, who discovers a world of giants living in the clouds, including a 60-foot-tall, 11-year-old giant named Inma. Gigantic will hit theatres in 2018.

Toy Story 4 will focus on a love story between Bo Peep and Woody, and the cast of “Finding Dory” were revealed.

A cast photo from the first Star Wars Anthology movie was released, and the movie has been given a title change — although, the change isn’t much of one. The movie is now titled “Rogue One: A Star Wars Story” as opposed to “Star Wars Anthology: Rogue One”

Disney and Lucas also announced a new expansion to both Disneyland and Disney World. Just watch the video.

Lastly, the painted poster for Star Wars: The Force Awakens was released this week. Drawn and painted by the same artist that did the original Star Wars poster back in 1977, Drew Stuzan. Glorious. 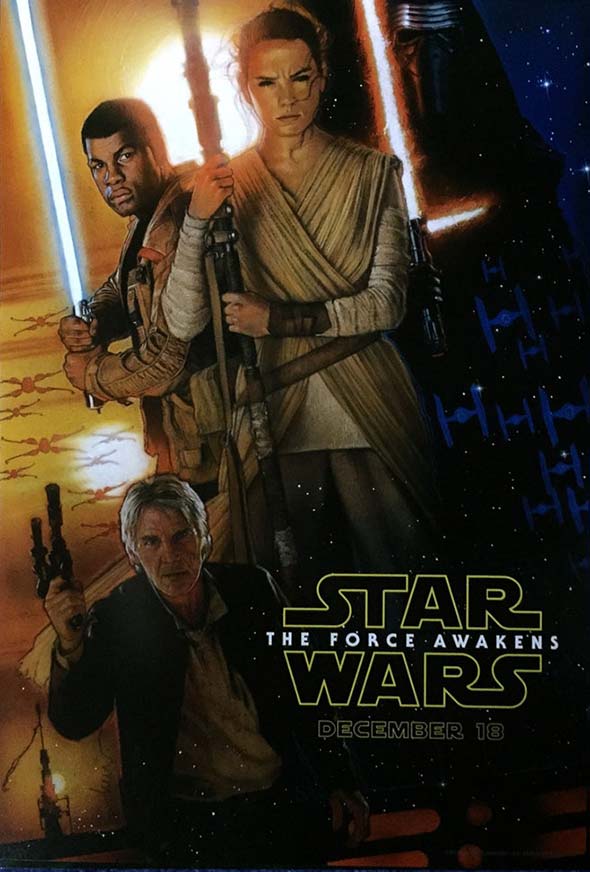