It’s Friday of SDCC weekend, you know what that means? It means I wish I was in San Diego. Here’s your news for the week of Friday July 10th:

I am going to be 100% honest…. I’ve never read a Goosebumps book. HOWEVER, I really like this trailer. Seems like a really fun way to bring back the franchise.

**Don’t worry Dave, I’ve got your back: Kevin Carbotte – When I was a kid Goosebumps was my favorite series of books to read. In fact, I don’t think I would have even enjoyed reading if it weren’t for R.L. Stine. 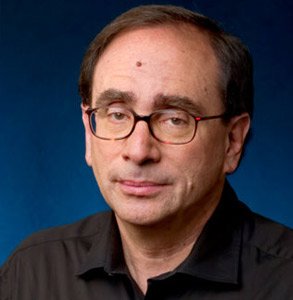 When I first saw the trailer I had goosebumps (true story, pun not intended – well maybe) and shivers. It brought back all the memories of reading these stories late at night as a kid. Jack Black portrays R.L. Stine himself, and in the movie his creations come to life.  The Abominiable Snowman Of Pasedena. The Warewolf of Fever Swamp. Revenge of the Lawn Gnomes. Awesome Ants. – They’re bringing all the best books to life in one movie, and that’s just what they show in the trailer!**

We previously reported that John Bernthal was announced to be playing The Punisher on Marvel’s Daredevil. Yesterday, an announcement rang out that they have settled on an Elektra. Elektra is a strong figure in the DD storyline and it was really only a matter of time before they introduced her. Elodie Yung, known for her portrayal of Jinx in Gi-Joe: Retaliation (Pictured below), will take on the role and bring Elektra Natchios to life.

Marvel is still searching for someone to play Bullseye.

Heroic Hollywood has reported that Rachel McAdams is rumored to have been offered the female lead role in the upcoming Doctor Strange. We are currently unaware of who she would play in the film, however speculation leads to Clea. Clea is the estranged wife of Doctor Strange and the Princess of the Dark Dimension. This would be quite bold as Marvel hasn’t quite fully done the dimensional travel breakdowns yet. We have seen some of it in Avengers, but nothing to the nature that we would need in order for Clea to be a pivotal role.

Disney and Lucas Film have announced the next anthology film. We know that in alternating years we will recieve official episodes and anthology films with Episode VII due out in December and Rogue One the following year. Episode VIII will be their 2017 film and we have finally recieved word that the 2018 anthology movie will be a Han Solo film. I will follow suit in believing that this is an origin or development story. I do hope that the look at the Han Solo Trilogy of novels to get a feel for how the fandom sees Solo. This would be great to also provide backstory on Chewbacca, and why he owes his life to Han. The film is being written By Lawrence and Jon Kasdan. Lawrence has a history in the Star Wars World, co writing on Episode V and VI. Jon wrote the Adam Brody/Meg Ryan film In the land of women, which I personally thought was well written. Now for the bigger news…. Christopher Miller and Phil Lord (Lego Movie) are set to direct the film. I’ll buy that for a dollar!

No word yet on who will play Solo in the film.

Hasbro announced a partnership with Machinima to create a new animated series based on it’s new line of toys. The toy line “Combiner Wars” has been developing through their toy and comic book lines over the last year, leading to the new game Transformers: Devastation. It will be interesting to see how Machinima proceeds with this franchise, I love how Machinima works and it would be cool to see Transformers done in a new way.

Did you love Guardians of the Galaxy? Can’t wait until Volume 2? Good, I have news for you. Marvel will be launching a new GotG animated series on, you guessed it, Disney XD… Starting this September. Here is the Synopsis and launch art:

“[Marvel’s Guardians of the Galaxy] follows the newly-formed team who finds a strange artifact keyed only to the DNA of Peter Quill. Upon opening it, Quill unleashes a treasure map leading to a powerful weapon known as the Cosmic Seed which is capable of giving birth to the next universe.

It’s up to the Guardians to find, protect and ultimately destroy the Cosmic Seed in order to keep it out of the hands of those who would abuse its power, from galactic big boss Thanos, to the conniving brothers the Collector and the Grandmaster, to a resurrected Ronan, to the ultimate trickster, Loki, in order to save the universe.”

Some further photos were released from the Deadpool movie, and Ryan Reynolds has opened up to The Huffington Post stating that this will be his last super hero role, regardless of how the movie performs at the box office.

“We all want to be Batman alone at home in our specifically-sewn Bat pajammies, but no, I have no desire to play any other superheroes after this,” Reynolds said. “Hopefully we’ll get to do ‘Deadpool’ again. Given the fact that it’s rated R, the fans have to show their support for it, and they have to come out and make it worthwhile for the studio to make another one, but that’s it for me. I’ve punched that superhero card a few times now, and that’s enough.”

Hopefully I will be able to get a round up and some data for you on the SDCC panels tonight and tomorrow morning, Lucasfilm goes tonight at 530 PST and the Warner Brothers panel is tomorrow at 1030am PST.

There have been reports that Lucasfilm will NOT be showing any footage, trailers or sneak peeks at The Force Awakens. However there are a slew of cast members that will be there to talk about their roles in the film. It is believed that Warner Brothers will debut a trailer for Batman V Superman, and we hope they will announce the final Justice League member that is missing…. Green Lantern. Legendary Pictures will be discussing the upcoming Warcraft movie, and 20th Century Fox also has panel and we assume they will be covering Deadpool, X-Men, and Fantastic 4. Could we see a new trailer for any of those? Maybe a sneak peek at F4? We can hope.

**My apologies to my regular readers for the length of this weeks edition, I have picked up a back injury and it is painful to sit and write at the computer. I hope to be back to my normal word-laden self next week**

Before Dave’s post went live he forwarded me another link that he wanted included. – Kevin I have to admit, I haven’t been following Arrow at all. I am, on the other hand, a big fan of Neal McDonough. He’s very good at playing a calculated badass, just take a look at his portrayal of Robery Quarles in FX’s Justified which earned him an Emmy nomination in 2012. McDonough has been cast as Damian Darhk for the 4th season of Arrow starting October 7th.

I also wanted to add this one myself. I know he would have put it in here had he not been tending to his back.

Nathan Fillionn and Alan Tudyk released a brand new trailer for Con Man. If you didn’t know, this show has been funded through an indiegogo campaign. It was written by Fillion and Tudyk and is basically a comic adaptation of their own lives after the cancellation of Firefly, living the lives of former Sci-Fi stars who now sign autographs at conventions for fans. Of course they released the trailer at their own panel at Comic Con today.