“The Tape” Survival Horror With Less Jump and More Scare 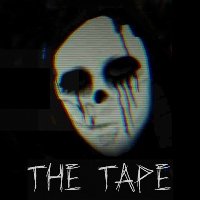 Halloween may be over, but that doesn’t mean that the horror game releases are done. Indie developer Kazakov Oleg brings us slow burn horror in the form a found footage game called The Tape.

You play a detective investigating the disappearance of a young girl. Your clues quickly lead you to an abandoned house where you begin to uncover a horrifying mystery. The game unravels in a found footage style that draws the player in, and builds an amazing sense of fear and dread.

At first glance, The Tape looks like a standard first person survival horror game, but the developer promises that it will trade in the cheap jump scares for a deep and dark atmosphere that keeps the player on edge from beginning to end. They’ve also noted that a lot of the scenes will be some of most horrifying and disturbing to ever be seen in a horror game, inspired by the likes of legendary horror films like The Ring, and Begotten.

With its cult members, dark catacombs, and horrific ambiance, it looks like The Tape will have enough macabre mystery to entice even the most hardcore of horror fans.