The Suburbs Get Weird in Hello Neighbor 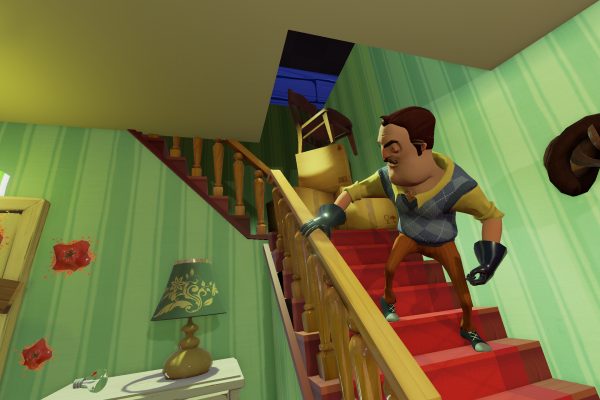 This game tasks you with sneaking into their neighbor’s home and finding the twisted secrets he has stashed away in his basement. The AI that you are up against will apparently learn your tactics and try to adjust to they way you play. If you like to sneak in the backdoor, your neighbor will set up cameras to counter your actions. The game aims to focus on building suspense rather than using jump scares.

This game has a really off-beat look from watching the trailer. It has a really interesting style that seems humorous and eerie. Hello Neighbor is aiming for a summer of 2017 release.

Nedu is terrible at stealth games but he keeps playing them for some strange reason. He is also a content writer at AYBOnline.