The Struggle Within: Part One 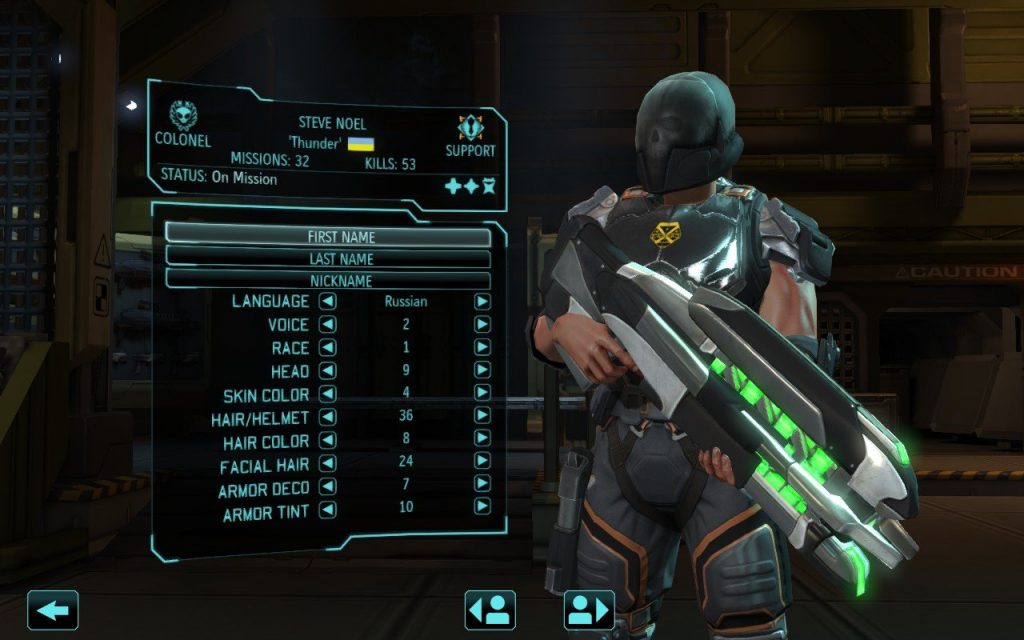 Since its initial release back in October of 2012,  I’ve held back the alien forces for a long three years. After 282 hours of blood, sweat and tears, I think it’s time for a series. I’ll tell you why XCOM will be one of the most emotionally draining, mentally fatiguing games out there — yet out of all the bullshit losses and close wins barely scraping by, the victories are full of satisfaction like no other.

If you have not played this title yet, you are truly missing out on an amazing experience. So get your boots on the ground and welcome to hell, soldier.

XCOM: Enemy Unknown (and its expansion, Enemy Within) is a turn-based tactical RPG developed by Firaxis Games and published by 2K games. The series takes us to a futuristic Earth currently being invaded by aliens. Fun.

YOU are put in charge of an elite multinational paramilitary organization called X-COM, and it’s up to you and your ragtag squad to save Earth. You play as the commander, issuing orders, commanding interceptors to shoot down UFOs, responding to threats, deploying your squad, and directing defense research and development. In the field, you’ll command the troops from an isometric perspective. Think of it as a giant chess board with guns and aliens — lots and lots of aliens, trying to wipe out your squad. Based on your success, you’ll be given more resources (money, scientists, engineers, and alien technology) to help you improve your tech and advance further in the game.

Between missions, you will decide how to manage your newfound resources. However, time is always a factor, and you’ll need to decide what’s more important: this sweet new armour, or that life-saving health pack? Perhaps you should focus on building satellites to scan the Earth for hidden threats, or maybe you should upgrade your interceptors? The game always comes back to choice and consequence, and every action has a reaction that could spell life or death for your squad.

For creating and customizing your squad, Firaxis built an unparalleled character creator with so much depth that you can spend hours making the perfect character. From determining their race, language, and basic look, to armour style and colour – the possibilities are truly endless! To make it simple for myself I generally just put helmets on all the squad. This does take away from a core feature of the game, but when aliens are attacking and destroying the world I don’t feel like I have the time to determine which hair cut recruit John Everyman is going to rock. 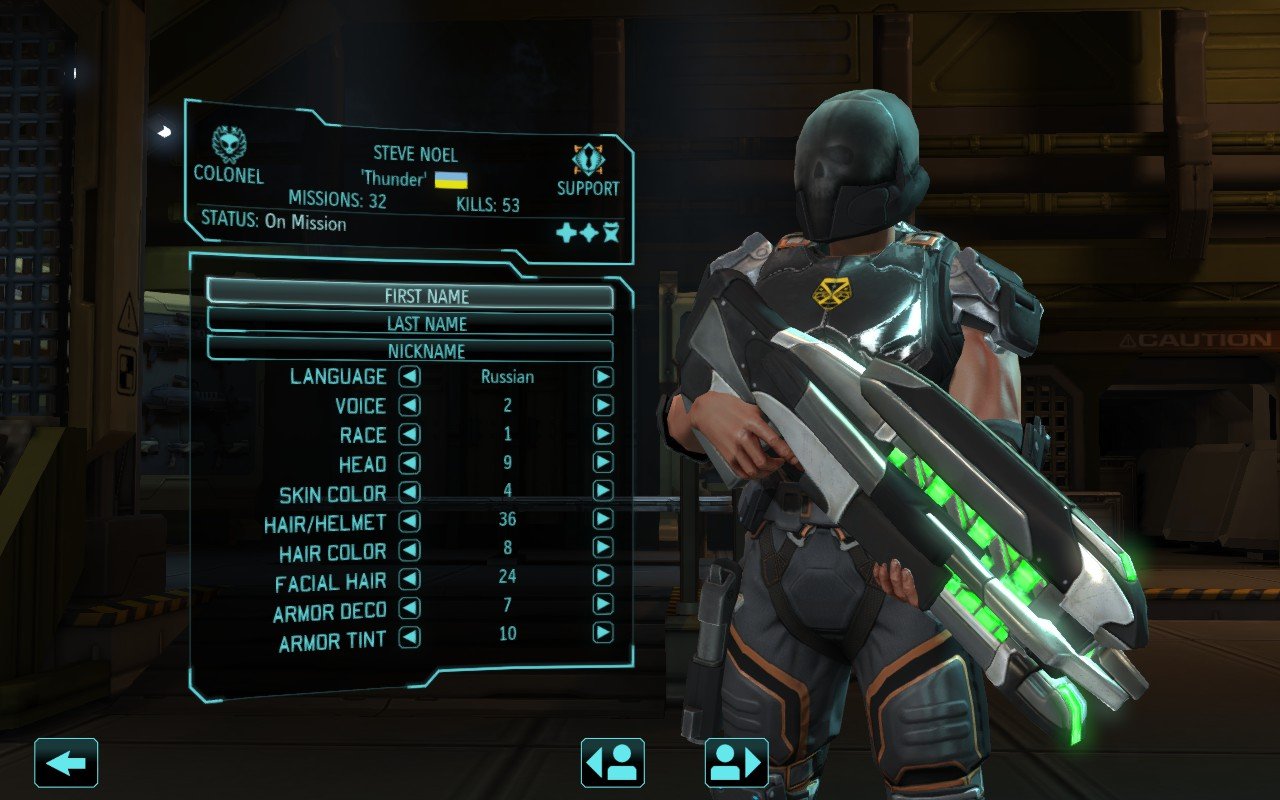 Another huge feature of the game is the ability to personally bestow your squad with names. It is an honour to be named in a squad, but this has proven both empowering and soul-crushing all at once.

There’s nothing like running into glorious battle back-to-back with a squad of friends. Imagine this, if you will: your best friend? He’s a world-class sniper from Germany. That guy you play ball with on Tuesdays? He’s your support. And your brother is the heavy weapons specialist. Shit is good, but then it all goes straight downhill to hell in a hand basket as you’re ambushed in a forest. A bundle of Chryssalids surround your squad and systematically wipe. you. all. out.

Do you know what happens when a Chryssalid kills a human? It’s the most horrifying thing I’ve ever seen or experienced. The damn thing is basically a chest burster that plants eggs in its victim’s corpse, reanimates the corpse as a zombie, and then after a few turns it hatches into a brand new Chryssalid, ready to wipe more humans out. Just fantastic, eh?

And you get to watch it happen to your friends. 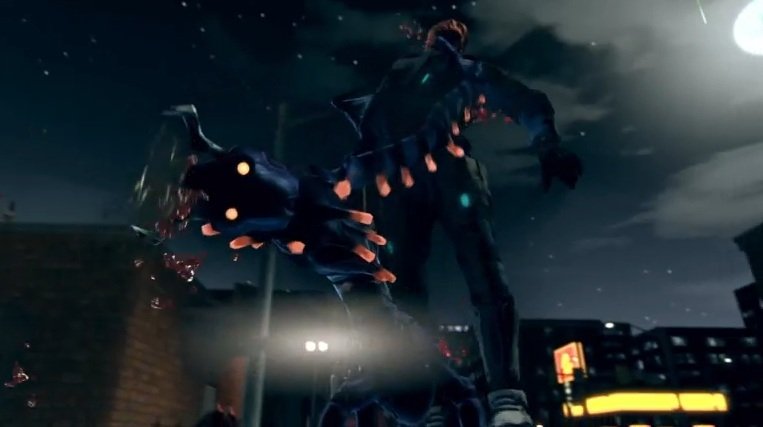 The game offers a huge sense of freedom, allowing you to not only customize your squad to your visual liking, but personal play style, and this feature goes unmatched in any other game to this date.

There are some RPG factors that come into play which we cannot edit/mess around with, such as country of origin, or the squad’s stats, which can be a real pain in some cases. For example, let’s say you’re in a wide open field and have a 70% chance to hit, but your squaddie’s AIM is so bad he constantly misses. What’s a commander to do?

Speaking of combat: like I said, XCOM is a giant game of chess. You move your pieces forward, then the aliens move theirs, and guns ignite. There are so many important factors to take into consideration while in battle. Where are you going in the world? What type of mission is this (Alien Abduction, UFO Crash Site Investigation, Terror)? These questions generally help you pick your squaddies. Now that we somewhat know what we’re getting into, we need to build our ideal team.

I roll with one sniper, 2 support, one heavy, and a specialist. This brings great diversity to the squad weapon wise, and lets me use a variety of perks.

Be sure to tune in next time as we cover more ground with XCOM; late game strategy, technology, and as well, I’ll touch base on some of my soul-crushing losses and why I cannot stop playing this game.

Orion is a Contributing Editor for aybonline.com and self-proclaimed Field Reporter. Catch him Thursdays at Reset Interactive Ultralounge with the official AYBOnline “Level One Scrubs” Podcast, live on Twitch at twitch.tv/aybtv!