The Struggle Within, Part IV — The Hard Goodbye 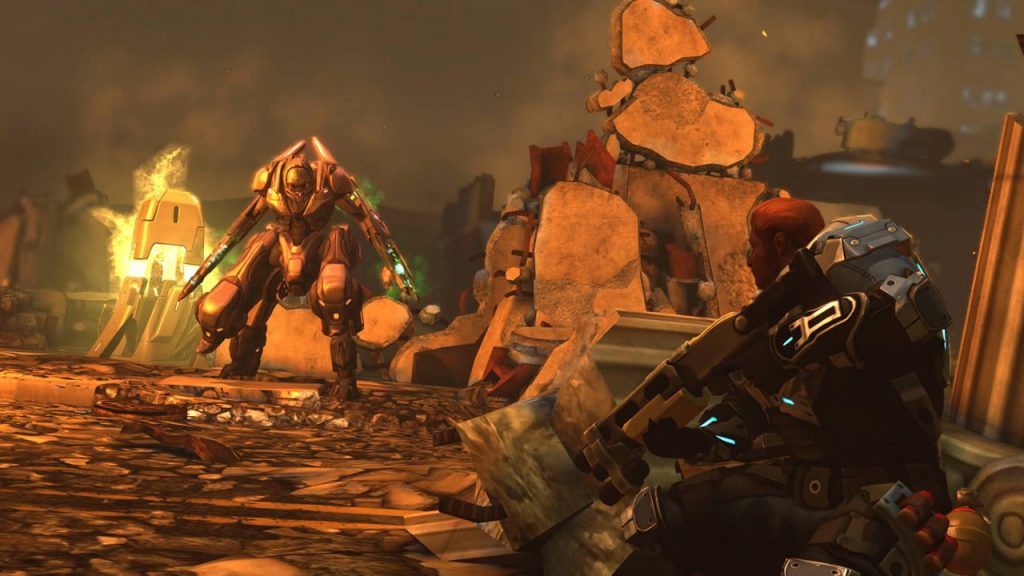 I lost it all.

Even with talking about how to be moderately successful at the game, I still lost it all.

What did I do so wrong?

Well, I forgot one fundamental thing, and it was my undoing.

Here’s what we’ve gone over in the past, as a quick TL;DR: 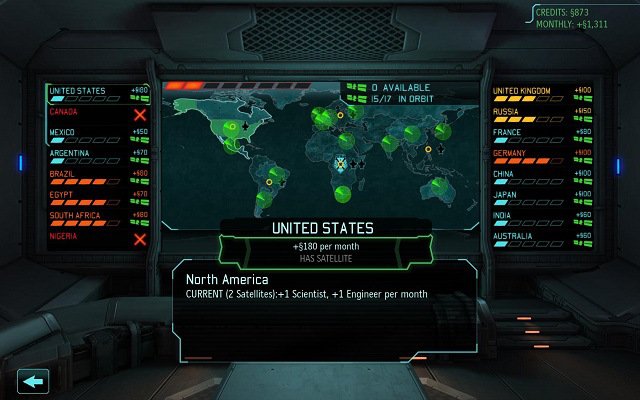 What I failed to mention–which doesn’t surprise me–is WHY you choose Scientists or Engineers, why they’re important, and how they can stop you from facing Armageddon.

A quick rundown: Scientists are important because they research new technology based on the missions you run. New guns, alien autopsy, or research artifacts will each unlock new projects for the Engineering team to build. You can, as well, unlock this tech via interrogations.

The Science team is also important for the gene therapy portion of the expansion, which allows your characters to gain new abilities through MELD formation. Enhanced vision, the ability to jump the height of buildings, active camo: all of this is because of our Science teams.

Now, the Engineers are just as important. Once the research is done they are able to build new armours, weapons, and techs such as satellites for coverage and aircraft modifcations. They are also in charge of the mech portion of the expansion, merging man and machine–or as I call it in game, “Gundams.” It’s honestly my favorite part.

I was telling you a few weeks ago about how I generally focus on building my Engineers up before Scientists; for games set on Easy or Normal, this is practical. However, on Hard, it was outright stupid.

You basically need a large Science team to reduce research times on technology; this is literally life-and-death. It can turn an armour research from 8 days to 2 days, which can be a world of difference depending on where you are in the game. So forgive me for my misleading “More Science = More Base Faster”. But do not neglect the Engineers; focus on building Scientists early on, then spread even.

Now, to this week’s portion of my catastrophic failures as a leader.

I neglected my science team. I did not have weapons on par with the aliens invading, nor did I have the armour. I had the stats and manpower, as most soldiers were gene-modified or mech-modified and had the rank of Colonel. However, since we were still running bullets and basic armou,r we got annihilated at every turn. I lost my Triple-A squad in one sweeping blow on a terror mission. I was shocked and rushed to research armour and weapons. Alas, it was too late.

The next few turns unraveled my whole organization. Losing country after country’s support, I lost the game. 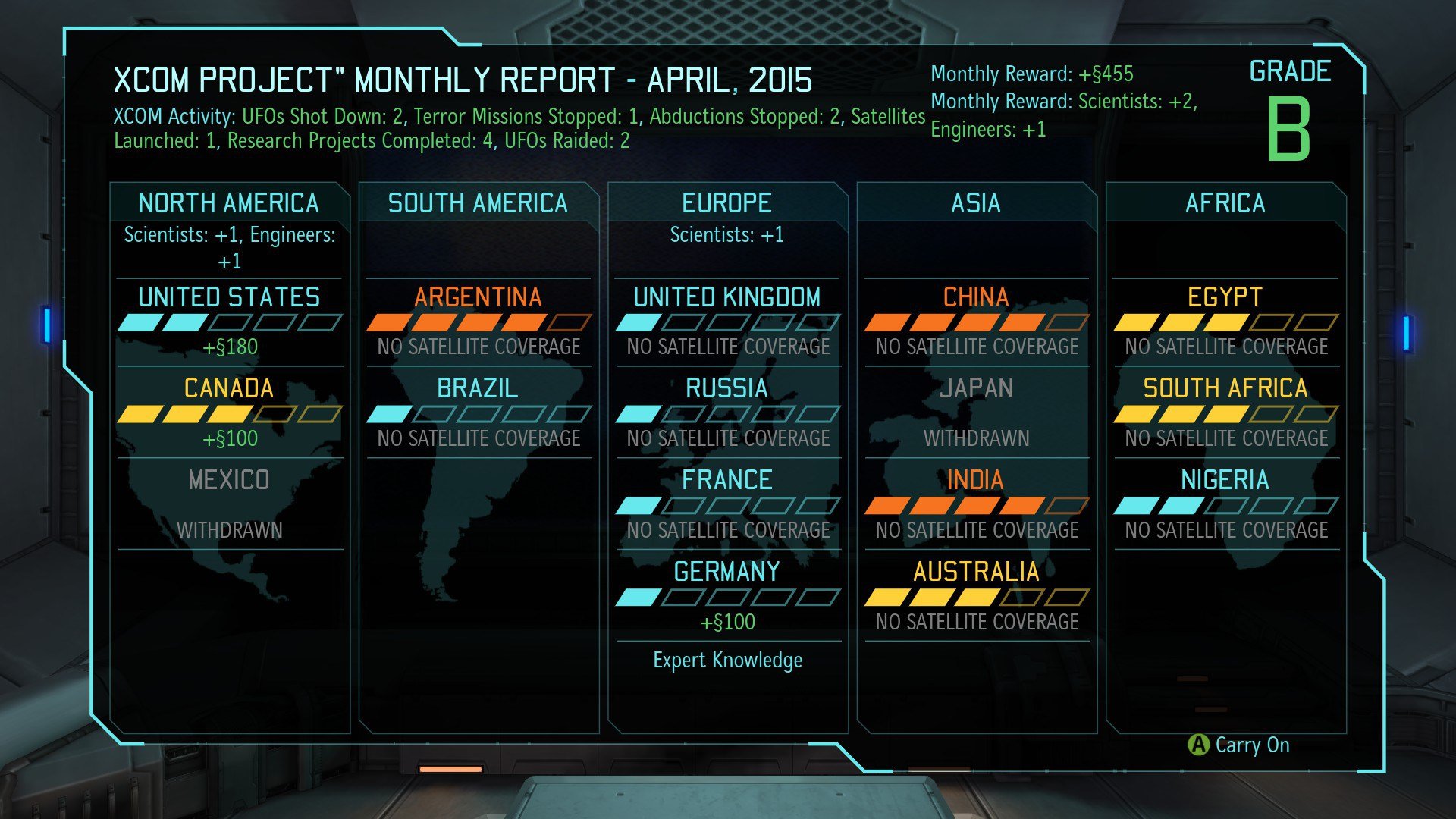 See, the whole point of the game is not only to fend off the alien invaders, but to ensure you maintain all the partner countries’ safety and lower their terror level, because come on, let’s face it, aliens invading? That’s mighty spooky.

So what do you do? You’ve got aliens attacking on all fronts, you have UFO crashes happening, abductions, terror missions and the best council missions. Where do you go? What do you do?

This is where you gotta step up to be a master tactician, plan ahead, and be ready for anything.

What I can recommend from personal experience is this:

In closing, this has been fun talking and sharing what I know about XCOM and, well, finding out what I didn’t. I truly love the game; I never know what comes next and I’m always on my toes. Over my several-odd playthroughs and 200+ hours of gameplay, I can say this has to have been one of the best gaming experiences I’ve had in the 2010s. I am beyond excited for what’s to come for XCOM 2; my playthrough is technically canon, as XCOM 2 sets us in a world where humanity lost and the aliens are now in control.