The Search for the Grand Crystal! Final Fantasy Explorers Out Early 2016! 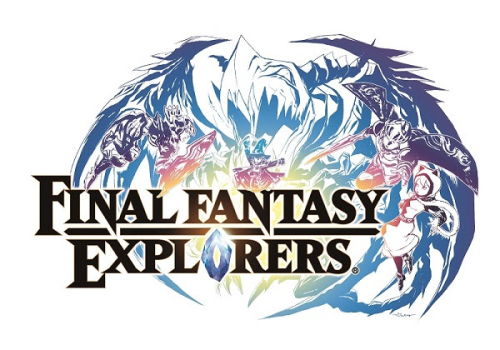 Get your Genji Armor ready! On January 26th 2016, Final Fantasy Explorers is bringing an action packed co-op Action RPG to Nintendo 3DS. With over 21 different job classes at your fingertips, it’s time to saddle up your Chocobo and venture forth and slay monsters in hopes of finding the Grand Crystal. What job classes can you play as, you ask?

In Final Fantasy Explorers, there are over 21 different job classes to play as from the much beloved Square Enix series Final Fantasy. Each with their own unique skill sets and weapon focus, players will be able to level multiple job classes, creating unique combinations to suit their battle style and switch between each class to get the tactical advantage on strong enemies. Job class favourites such as the Dark Knight, Monk, and Red Mage are all available to explore and combine. Hopefully my favourite the Onion Knight will make it in as a cameo!

Players will also get the ability to synchronise their costumes to their favourite heroes from the numbered titles, such as Squall, Cloud and Lightning and adopt skills and abilities that they would have in their worlds! 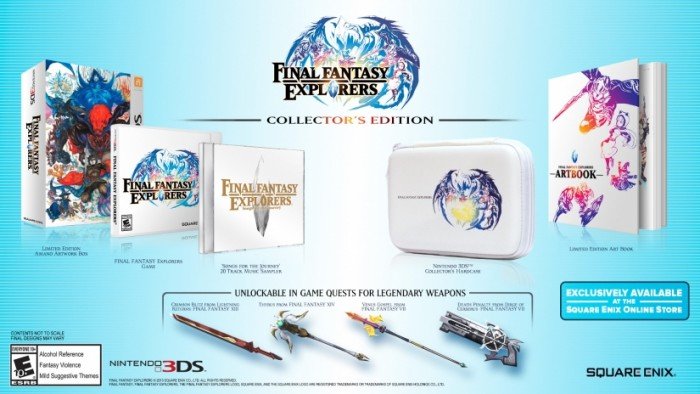 Additional to the classes above, the NA release of Final Fantasy Explorers ($39.99) will include two additional classes -the Samurai and the Blue Mage – which was only available in the Japanese version as DLC. The collector’s edition ($69.99) will include a 32-page art book featuring illustrations by Yoshitaka Amano (who also did the exclusive box art and packaging), Gen Kobayashi and Toshiyuki Itahana; a 20-track music soundtrack called Songs for the Journey; a sampler with tracks by composer Tsuyoshi Sekito; a themed Final Fantasy Explorers Nintendo 3DS hard case; and exclusive in-game quests to get legendary weapons. The legendary weapons include the Venus Gospel from Final Fantasy VII, Death Penalty from Dirge of Cerberus, Crimson Blitz from Lightning Returns and Thyrus from Final Fantasy XIV!

Which class are you most excited for? Are you going to play solo or with some friends? Let us know in the comments below!