The Looming Death of Pokemon GO 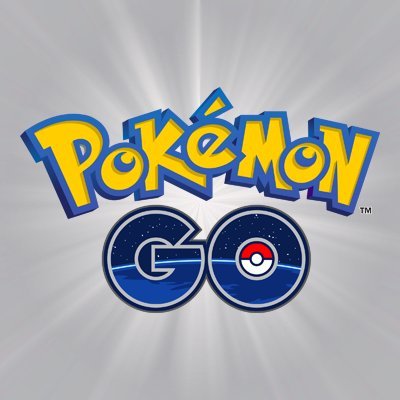 What were we, the fans of Pokemon, thinking by trusting another company with our beloved game series?
The first signs of trouble should have came when our cries for help fell upon the deaf ears of Niantic, a seemingly absent presence on social media for weeks.
We should have known better when they took away game features and came out with little to no communication, but we stayed. Somehow we made ourselves believe it would get better, and they would stop the bastardization of Pokemon.
We were fools.
The game has fallen far from the podium it placed itself on, promising us the thrill of catching Pokemon in the real world. The adventure, the journey… we’ve been hooped, friends; taken for nothing more than a ride, and now we’re faced with realizing the game was nothing more then a incensing agreement for Nintendo and a cash grab for Niantic. I mean they’ve made $14 Million off of us so far, so why do we matter at all at this point? (Source: GameRant/SuperDataResearch)
Pokemon GO had a very ambitious start. It had great intentions: it got people moving, it got people outside. The game itself was a movement, a way to bring the community together. We learned about landmarks, fallen graves, and forgotten shrines. We learned more about the world around us. This was the only good that ever came of this.
Now it stands as a testament of what could have been, followed by a wake of disappointment and disgruntled fans. Where did the game go wrong?
Easily, the first point of “shit’s going downhill” was when they removed tracking. Niantic argued that they did this for the greater good, as third party tracking sites were popping up and using the in-game tracking to make maps so people knew where to go to find rare Pokemon. They also stated that this was hindering the launch globally. Mind you — the game has been officially rolled out for weeks and we still don’t have tracking, or anything remotely close.
As much as this was a move and creation of Team Rocket to make tracking sites, Niantic didn’t act any better in handling this. In one fell swoop, tracking was taken offline so suddenly and without warning, we were all left in silence, deaf ears hearing nothing. What were we left with? A half-assed, sad excuse for tracking.
Niantic goes on to say, “The original feature, although enjoyed by many, was also confusing and did not meet our underlying product goals. We will keep you posted as we strive to improve this feature.”
So a map with Pokemon within our approximate range and tall grass is said improvement? This wasn’t a feature in the game we were sold on or introduced to. People didn’t pay real money for some shit like this, with this feature killed because Niantic didn’t want people “cheating”.
I say “cheating” loosely. I personally feel it’s a sad excuse to punish millions of players simply because you can’t handle such a small issue. Who cares? Why haven’t you reached out to partner with one of these map makers? Or hell, even make it a premium service?
People made maps to cheat. People will always cheat, and they will always find an exploit. Why waste your time, energy, and man power on such things when, I don’t know, you can actually do proper updates? What’s this grass bullshit? It was never explained. It was just thrown at us. TELL US what you’re doing. There’s this crazy thing called communication, and I suggest using it.
This was more of a hindrance for those who played by the rules, as it was a game feature many players relied on. Did they consider people with disabilities? Families with small children? People who relied on the tracking?
Now these people are forced to go on wild goose chases to find Pokemon and they pay the price. Thanks, Niantic.
Now that it’s been several months since it’s launch, I’m sad to say this will be another mobile game flop. As profitable as it may have been at initial launch, the numbers show that the game is dying. As Bloomberg has shown the peak of Pokemon GO, dropping numbers are signalling that this is the end.
Niantic, while you’re sitting there on your fat stacks of cash, you’re losing your fan base for this game quick. Time to fix that tracking, and suck up the pride, don’t you think?
Steve Noel is the Deputy Editor. He didn’t ask for this.
Niantic Pokemon Pokemon GO Steve Noel