The Legend of Zelda: Breath of the Wild Trailers! Now With More Lasers! 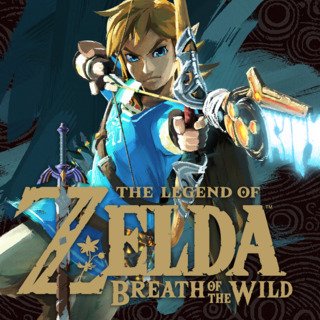 Nintendo’s upcoming blockbuster title The Legend of Zelda: Breath of the Wild has fans pretty excited, and it is easy to understand why. The game looks absolutely gorgeous! It also seems to be taking the Zelda franchise in an interesting direction. During this past week, Nintendo brought two videos to The Game Awards 2016, and let me tell you, they are really making it hard to wait for this game.

The first trailer, Life in the Ruins, is quite fascinating. It gives us our first glimpse at the NPCs that populate the desolate land players will be exploring. Even more interesting is the fact that we get to see these NPCs moving around the game world and tussling with monsters. The trailer also suggests changes in the season. I have to say, I am blown away by the airship that pops up as well as the character riding the bird. That makes me wonder if players will be able to get a flying mount and take to the skies. After the somewhat underwhelming flight mechanics of Skyward Sword, it would be cool to see them revisit this mode of transportation and refine it. Also interesting were the two female characters whose faces are not shown. My guess would be the person at the end is Zelda, but who is the mysterious woman with the long blond hair? She is really curious because her clothing is similar to Link’s in colour and design. Could they be connected somehow? Is she actually Zelda? BASELESS SPECULATION!

The next video is some straight up gameplay courtesy of Bill Trinen and Nate Bihldorff from the Nintendo Treehouse. It shows a bit of exploration, suggesting that players may have to pay attention to directions and environmental landmarks rather than just points on a map to follow. It also shows us Link fighting a bunch of Lizalfos on steroids. The coolest part is that there are a few different types of Lizalfos that Link faces off against. It also shows each player approach the objective from different angles. I still love the fact that Link can use all kinds of weapons. it was a great mechanic in Wind Waker, so I am happy to see it return.

The Legend of Zelda: Breath of the Wild looks better every time I see it. Hopefully, as its release approaches, we will learn a bit more about the mysteries of the first trailer. These videos definitely left me wanting more.

Nedu is a content writer for AYBOnline. He also tends to choose playing Zelda games over sleep. His views are his own.

Life in the Ruins Nedu Ejeckam Nintendo Skyward Sword The Game Awards 2016 The Legend of Zelda: Breath of the Wild Wind Waker zelda