The Last Shore, and its Emphasis on Environment 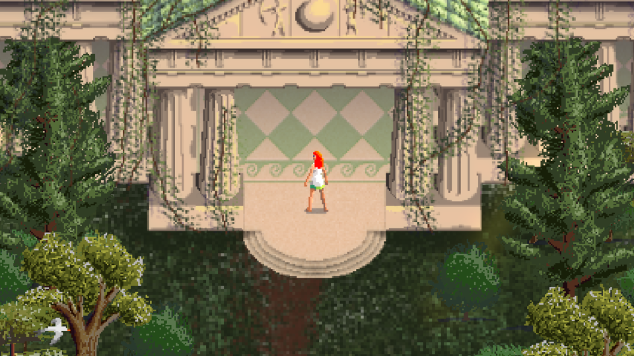 Every few years you come across a game that just speaks to you. Its voice is so authentic and unassuming that you completely lose yourself in suspension of disbelief, and melt into a new world seamlessly. Immersion is the dragon I chase. It’s critical; a hallmark in nearly all of my favourite games, but it’s not often I can tune the world out completely.

At PAX Prime 2015 – or more specifically at Seattle Indies Expo, a small side event we went to for free, I found a dragon.

Pulpo Games recently announced the Kickstarter campaign for their new game, The Last Shore. I have been following it for quite some time, and I am excited to be able to bring you this news. This is one of the most engrossing games I have played in a long time.

What brought many PAX attendees to Seattle Indies Expo was the free beer and cookies they offered. We hurried there after the PAX doors closed to try and make sure we weren’t overcrowded, but that was a pipe dream. By the time we arrived, there was already a line outside the door, most of the beer was gone, and the room was packed shoulder to shoulder. Most people seemed to be crowding near the door – desperate for fresh air, trying to escape the heat of the overcrowded bar basement. However, we headed straight for the back of the room. We didn’t have long, and I was eager to try as many games as I could.

After playing one or two games, I came across The Last Shore. Someone else was playing it at the time, and I watched for a few moments. Something compelled me to stay and wait for my turn. The graphics reminded me of Superbrothers: Sword & Sworcery EP with a healthy combination of The Legend of Zelda: Wind Waker and Diablo. After a short while the person ahead of me stopped playing and moved on, and it was my turn.

The moment that I put the headphones on, I was completely lost. I was not in that sweltering and overcrowded basement bar. No, I was on the calming shore of the Mediterranean Sea.

With very little dialogue, The Last Shore tells most of its story through environmental clues and puzzles. As a result, the atmosphere shines. Few games have such an immediate and complete effect on me. The Last Shore turned out to be one of the most memorable experiences I had at PAX Prime 2015 overall.

Follow this link to The Last Shore’s Kickstarter campaign.