The Hitchhikers Guide to Pokémon Go: Episode 4 – The Big One! 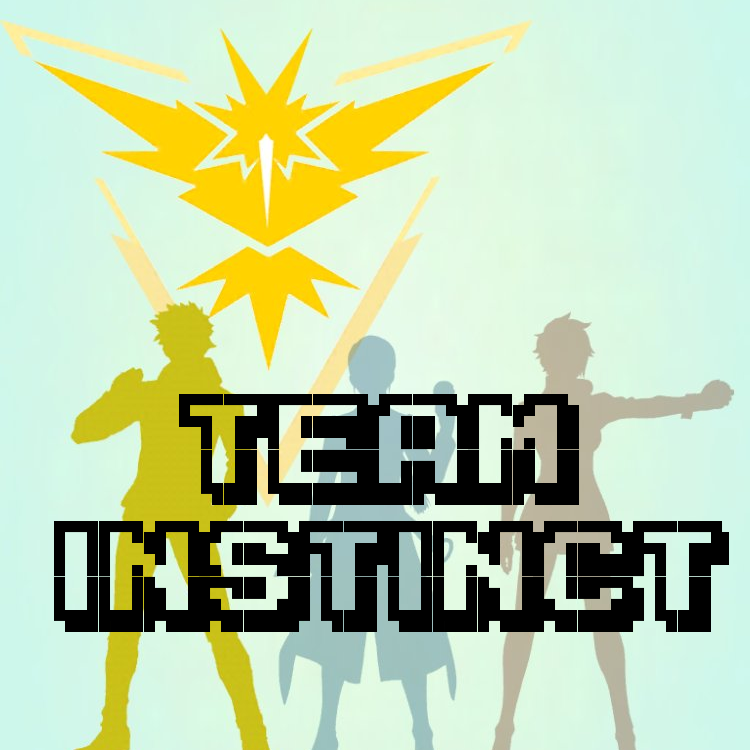 Welcome back ladies and gents! I just want to apologize for not having the Guide last week. Truly sorry! That said, this week will be a massive make up! We have got Interviews, we’ve got a whole new section to unveil and so much more! So hop on in and read more!

This week on Meet ‘n Greet, I’ve asked some representatives of Team Instinct to answer some questions, and to help get to know some of their players better. Now, to keep things a little easier to digest, I’ve asked the same questions to all the members of Instinct, so that their laziness can be bypassed as easily as possible. The interviewees? We have Josh Hastings, RealLucifer, and Ai-Kon’s President, Tracy Nauss-Laurie!

And without further ado, here we go! 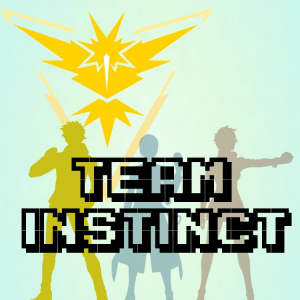 Quinn Smith: So a little background on yourself as a Pokémon Trainer. How long have you been playing the games for? Is GO your first one?

Josh Hastings: I’ve been playing since 1996 on the original version of red. My aunt bought both my brother and I Gameboy pockets for Christmas but didn’t know they didn’t come with games so off to the nearby Zellers and we both got a copy of Pokémon. I still actually have my GBP as well as our copies of blue and red.

Tracy Nauss-Laurie: I played the original Pokémon Red on my sister’s GameBoy Pocket. I didn’t have great access to handheld systems when I was growing up so I didn’t really get much of a chance to play later versions of the game. So Pokémon Go is my second Pokémon title.

JH: It’s gotta be Blastoise, I had a crazy love of Squirtle when I started so as soon as I saw the big ol water Bowser had freaking water cannons I was hooked. As for favourite catch well I didn’t catch it, I hatched my favorite. It’s a 395cp Chancy with 340hp and I leave it in gyms to make people question what they’re doing with their lives. I have a second one to further re-enforce that feeling. :V

RL: Favourite Pokémon would have to be Snorlax, it’s fat and lazy so what’s not to love about it? My favourite catch would be my first Eevee I caught in Go, they’re so adorable.

TN-L: Charmander and it’s subsequent evolutions were always my favourites. I always thought Charmander was cute and I love Charizard because dragon.

My favourite catch in Pokémon Go so far is a Dragonair. It’s not particularly strong but how it was caught was quite memorable. I was playing at the Forks with a group of friends of mine when they half decided to head to Shaw Park to try and catch a Growlithe. Almost as soon as they were out of sight, the Dragonair spawned on the map. The group who went after the Growlithe ended up missing out on both in the end.

QS: What are some things that you’ve found out about yourself and the community since GO has launched?

JH: Really haven’t found out much about myself aside from how much fun I’m having living a childhood dream through the community. I never expected to find so many nice, friendly, and open people. Every time I meet a player it’s always a smile and wave or maybe even a conversation on our team lineups. The Discord community is even more friendly and it’s safe to say I owe a few people drinks for the help they’ve been.

RL: I’ve found out that the Go community is a lot of fun. It allows me to connect with people that I would have never met elsewhere.

TN-L: I was really expecting to be competitive when it came to the gyms. I even partially based my team choice on this fact. But since I’ve started playing, I’ve really had more fun going on hunts with my friends. It has brought me closer to people I wouldn’t normally spend as much time with.

QS: For those looking to meet up with you or just chat, where can people find you?

JH: Easiest way to find me is hop in the city Discord and ping the Team Instinct admins. I’ve always got my phone handy, otherwise I’m usually prowling St Vital after work or at the Forks on Fridays.

RL: I can be found at the Forks every two weeks, I am mostly on Discord though. Drop by and say hello.

TN-L: I’m a member of both local Pokémon Go Facebook groups and the local Instinct group. I can be reached on Twitter @NasharaLaute

QS: What are your thoughts on an unholy alliance between your team, and Team Valor?

JH: Well funny story I actually did help a Valor guy take a gym the other week and we had a really great time before parting ways. Though srsly stop knocking over Fort Kickass.

RL: Better dead than red. In all honesty I have not noticed any unholiness between any of the teams, other than trash talking. I’d say the teams no matter what colour we are all just one big group of nerds having fun collecting Pokémon together.

TN-L:Considering my sister is playing on Team Valor I actually have no problem with it. I’m finding the way Pokémon Go is set up, it’s very easy to play with members of the other teams. You could play without ever choosing a team for quite a while. Unlike Niantic’s first game title, Ingress. That game is all about going against the other team.

Honestly as long as the players are good people I’m good with any kind of alliance.

QS: Is there anything else you’d like to say that I haven’t already covered?

JH: I’d say you got it all but remember Instinct is all about being lazy.

TN-L: Take some time and look at where you may be! My favourite part of the game is that all the Pokéstops and Gyms are local landmarks. Sure some of them are weird (we have some trolls playing Ingress locally), but you may just learn something new and interesting about your hometown!

Thanks for taking the time to answer those questions guys! Gotta say, their answers reflect some of my own feelings on the game, so I’m glad that there is some common ground between the teams!

Next week, we’ll see if we can get a hold of some of those vicious Team Mystic members, and sit them down for a little Q&A session.

This is our newest segment, and will feature every other week. Yes, that means every even-numbered one, so you CAN even here. We’ll cover one interesting or exciting Pokémon every time we do this, or if we run out of interesting things, we’ll probably just cover Rattata or Bidoof or something. That said, if you want a certain Pokémon featured, please leave a comment below, and I’ll be more than happy to look into your suggestions!

Now with that out of the way, this week we’re covering the Egg Pokémon, Chansey!

In the main games, Chansey, the middle evolution between Generation 4’s Happin and Generation 2’s Blissey, is known for having the second largest Hit Point pool on the National Pokédex (next to it’s evolved form Blissey), and some sturdy Special Defense. In Pokémon Go, it doesn’t disappoint in the HP market, as it easily boasts the most of any Pokémon by a long shot. Like, at 10CP it has 47HP, when most other Pokémon usually have 9-14 for the same Combat Point level.

It’s overall Attack and Defense stats though are lacking (like, they are the second worst in the current version of the game), but when you have nearly double the HP of your next biggest threat then you really aren’t too concerned, are you? That said, the general Strategy for using Chansey is to use it as a wall in your team’s gyms. They usually have a low Combat Point value for your players’ level, but that is more than made up for in its raw blocking ability.

Chansey has a total of 5 different moves, 2 of which are normal attacks, and 3 are the charged Special Moves. Pound (Normal), and Zen Headbutt (Psychic) are it’s first moves, and are actually pretty decent for a rather weak Attack stat, the preferred move will more than likely be Zen Headbutt, simply due to it being the more powerful move, with 12 Damage, compared to that of Pound’s 7. Dazzling Gleam (Fairy), Psybeam (Psychic), and Psychic (Psychic) round out her move pool. It’s cool to call Chansey a girl right? Oh well, I’m going with it. Two of these moves (Dazzling Gleam, and Psychic) deal 55 Damage, while lonely little Psybeam hands out a pitiful 40. So obviously, you want to try and snag one with either of the former attacks, preferably landing on Dazzling Gleam, as it is super effective against the games only Dragon family, and has 3 charge nodes for you to fill, compared to Psychic’s 2.

Ok, so this has been quite the lengthy piece this week, but as I said near the beginning, I missed out on last week. Again, truly sorry for letting you all down there. That said, this week, I’ll explain where I was, and why I couldn’t get Episode 4 out last week.

Last weekend, I went camping. You know, that thing that you have to set up an actual tent for? It was the first time in about 12 years that I’d gone and just relaxed for a weekend, and it was actually really nice. My friends and I went to Spruce Woods Provincial Park, and it was super nice! The only semi-unfortunate thing, is that there is absolutely ZERO cell service out there. So if you wanted to go hunting for Pokémon, there is no way to do so. But honestly, disconnecting from the digital world (save for the odd round of Sudoku on my phone, and boy do I LOVE Sudoku) was quite nice, and a much needed break. Also, just spending time with friends and not having to worry about getting texts or emails from others was super nice. 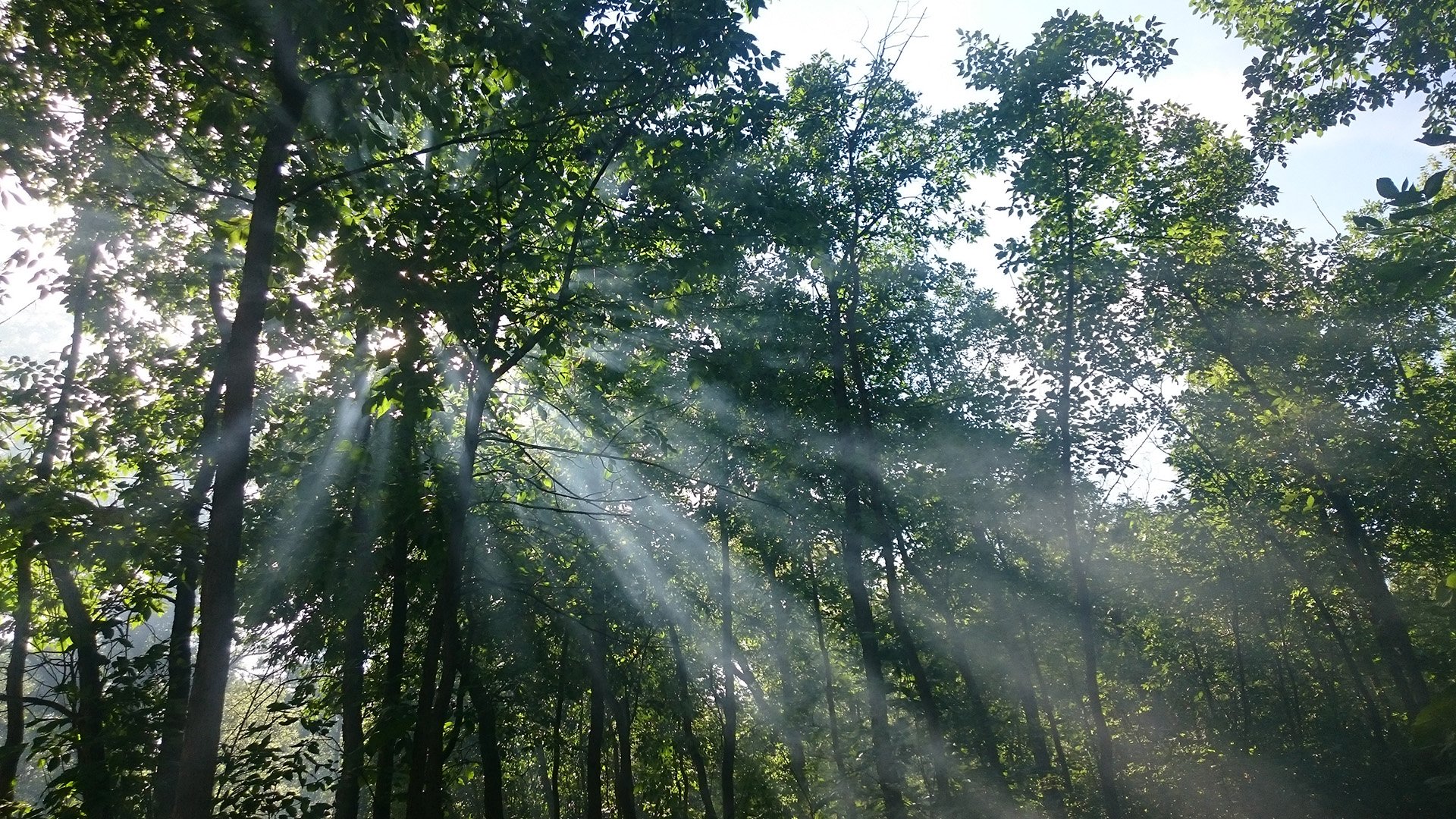 If you’re concerned about hunting while camping though, I’d steer clear of Spruce Woods. Otherwise, I cannot recommend the place enough!

Ok, that about sums it up for me this week. Tune in next week, where I’ll try and hog tie some stinking Mystics into answering some questions for me for you to read! Other than that, Hunt safely my friends!

Quinn Smith is a Contributor and walking Pokédex for AYBOnline. When he isn’t out camping, he’s hoarding Rattata to make an army to take over the world be just like Youngster Joey. His Opinions are his own.