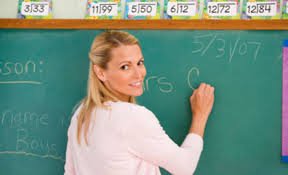 I play a lot of games. I will try most games once, and have gone back and played games I truly dislike because my friends have asked me to play with them.

I feel its pretty safe for me to say that I have a decent grasp on what I like and what I don’t like. I like doing PvP in MMOs and MOBAs. I like some single-player RPGs if they are done correctly. I like things in space. I like tower defense games of all shapes and sizes. Lately I like Soccer Spirits… but that’s a whole other story. But the most fun I’ve ever had playing video games is a very specific part of a very specific game that hasn’t really been recreated well enough to devour my every waking moment, because trust me, if someone did it properly; it would do exactly that.

My introduction to World of WarCraft was late. I started playing casually in Wrath of the Lich King and finally started raiding with a real guild (“real” meaning my friends who all happen to be very good at the game) in Mists of Panda-land.

Raiding was always what interested me in WoW. A group of people working in unison to overcome a great challenge. I have loudly cheered after killing a boss that we have struggled with, I have made bonds with people that can only be described as “we healed together for a while” or “he was my tank when I was healing Blackrock Foundry.” Raiding was what drew me in and what hooked me on the game, and I’ve talked about how differently you and I play Super Smash Bros. Or any other countless games, but nothing is so drastically different as playing WoW doing PvE and PvP.

You are trained at the onset of your World of WarCraft experience to move forward with the “W” key. You can turn with “A” and “D”, but you quickly realize that it’s much easier to do so holding down the right mouse button and looking around like in an FPS. To target an enemy, you click on them, and once you have targeted them, you use your appropriate skill by pressing the button you have assigned to it on your action bar. And then you hit max level, and are raiding, and things ramp up in complexity.

Say you’re healing (because that’s where literally all my experience is, (yes I’m a care bear, deal with it)). Well, now you need raid frames so you can see the health of all your raid members at the same time. Oh, and a bunch of those skills you didn’t use while leveling are super-critical now. Also, if you get attacked, you need to not run away; either run to your tank or stand still. And watch out for fire, don’t stand in that. What’s that, you’ve never ran out of mana before? Well, get used to that shit. Alright good, we now have all the basics down and you can start killing some bosses.

This was my WoW life for a long time. Every Tuesday, Wednesday, and Sunday: log on, kill bosses, rinse, repeat. I would count myself as competent even, not good, but passable for what we were doing. I understood my class well, I didn’t usually die to avoidable effects, and I was generally raid ready with all the necessary consumables and doo-dads to succeed. When a friend asked me to try out some 3v3 games in the PvP arena I didn’t think it could be too far off from what I was doing. Boy, was I wrong.

Remember all those basics you learned about last paragraph? Great, now forget most of them, then we can start to PvP. From now on, your right mouse button will always remain pressed, and to move forward to you press your left mouse button with it, the only two keys that move you are your strafe left and right keys, which have probably moved more towards the center of your keyboard to “S” and “F” because you need more space for hotkeys. Oh also every spell you have has to have either 3 or 6 different hotkeys. Spells that only target an ally or an enemy need three, one for each possible target, and spells that can target either an enemy OR an ally need six, again one for each possible person you would ever want to cast it on. That’s a lot of new buttons you need to get used to. Now as a healer, be prepared to be sneakier than any rogue you’ve ever met. If you can be seen then you are getting attacked, and if you can’t, you can bet your life they are looking for line of sight on you. Also, you don’t get to cast spells anymore. Anything with a cast time is a sure fire way to get Silenced, and a Silence means somebody is dead and it’s your fault. So only instant spells from now on. And all that healing and standing still? That stuff is gone. You better be able to run for both your life and everyone else on your team. However, there are some bonuses. You can for the most part heal more damage than your opponents can deal if they aren’t attacking you, and also all of your crowd control abilities (and those of your teammates) are in full effect. A good Polymorph from your mage friend can give you a lot of free time from the rogue who has been on you for the last few minutes, and your Psychic Scream is finally something that doesn’t cause your tanks to curse your name.

But trust me, you’ve never felt so godlike as when you charge onto their healer and drop a full Fear on him because you know that your teammate just ate his Trinket with a silence moments before. Now you’re on the aggressive, and you turn to the paladin who has been riding your coattails the entire game and start casting your extremely mediocre DPS spells on him. When he finally realizes that between you and the mage there is enough damage to kill him, he bubbles, confident his temporary invulnerability will keep him alive until his healer is free… except, you see it coming. You see the bubble coming from a mile away and you are already casting Mass Dispel on him. As fast as your global cooldown he is invulnerable and then vulnerable again and he is about to eat a full 5 icicle Ice Lance from your friend halfway across the country but only a couple meters across the bridge on Blade’s Edge. I’ve juked out pudges half a tress length away from me in the bushes with 10 hp. I’ve held 9 pools after going cc first into gas. I’ve magnet -> wavedash back -> double jump cancel dair crossover -> Lcancel -> jab reset -> magnet -> wavedash back -> short hop -> back air (only ever done that once, and I cheered like an idiot I was so excited). I’ve thrown a single hat trick in darts and cleared the table one time in pool. Never have I felt so amazing. It’s hard to explain why though.

At its most basic level, it’s just a 3v3 Dota from a different angle that starts with all players at max level and items, and with many more abilities… alright, so that’s not actually that similar. However PvP in WoW is not groundbreaking conceptually, yet for some reason it’s so much more than the sum of its parts. The depth is so aggressively apparent, and the learning curve so dreadfully steep, that every achievement feels so rewarding and yet minuscule at the same time. I’ve never felt so dwarfed in skill as I do when I watch CDew keep his teammate alive through full beastmaster Hunter and enhancement Shaman cool-downs, all while dealing with a mistweaver monk who won’t leave him alone. I know everything he is doing and still have no idea how he is doing it and why I can’t get even close to mimicking it even slightly. If you’re thinking I’ve gone soft or humble, don’t. The only way you could think that is if you’ve never tried PvP before and think it can’t be nearly as hard as I’m saying it is. I assure you though, it’s the hardest game within a game you’ve ever tried to learn; and even though I’m really quite bad, I’m still probably better than you.