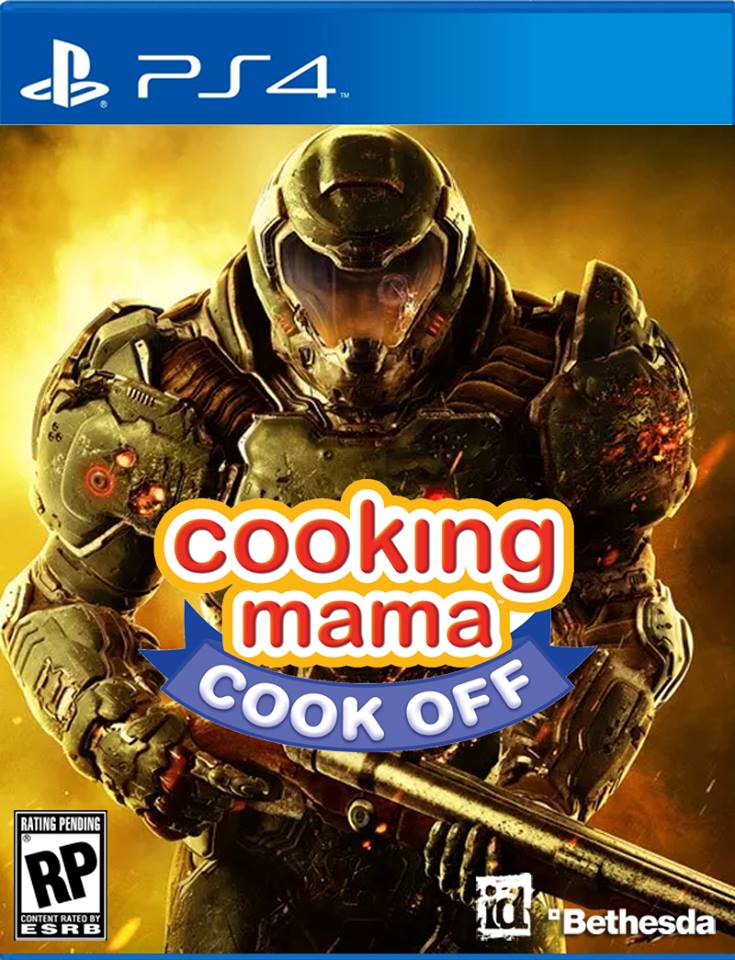 Listen, we’ve all been there already and the hype train is running low on fuel.

All hype, myths, and legends — but with little to no delivery on that hype, why should I get pumped for Doom?

Looking back at Fallout 4 — the world crumbled into ruins on its announcement. People quit their jobs and prepared their basements for a three-month binge.

But here we are at month three, and not only have I not touched Fallout since mid-December, I’ve even uninstalled it.

The fact is, the game just had too many bugs. Playing through the campaign was dryer than rolling down a hill made of industrial-grade sandpaper, and the content for the game is just lacking.

I just think that for all the hype around Doom, it’s going to be another bug-riddled, boring Half-Life. A game that leads to people getting so over-hyped that they’ll have no idea how to deal with the inevitable bugs and underwhelming story and gameplay.

Don’t get me wrong, Fallout 4 had some great moments, but it wasn’t deserving of the hype.

The new Wolfenstein games have really been the only games in recent memory that left Hype Station and actually returned with sweet, delicious goods. These are the games from Bethesda that deserve that level of praise. If you haven’t dabbled in them, get your life together and do so immediately.

But, I digress. Let’s get back to the title, and why I’d rather own an alpaca farm than jump on another hype train.

Let’s look at the campaigns for the new Wolfenstein games — also AAA FPS titles, from Bethesda, about killing evil shit with guns.

Now, let’s focus on an alpaca.

First, you can name it and make it your own; for this example, we will call our alpaca “Doom”. Now the crazy thing with Doom the Alpaca is, he’ll cost us at most $1,500 — a bit more than the actual game, but that’s alright.

Let’s say you only hung out with your alpaca for twelve hours. That would be a stupidly expensive twelve hours, hitting you at $87 per hour. You could basically throw your money away on twelve additional copies of Doom for that price.

However, this is where Doom the Alpaca wins — overall shelf life.

Where Doom the Game is going to last you probably twelve hours or less, Doom the Alpaca will bring you fifteen years of memories, real life memories and moments. The chances of you only hanging out with your real alpaca for twelve hours are so slim that to have that happen would be incredibly concerning. As well as bring up further questions, such as, “Have you ever felt true joy?”

Doom the Game on the other hand, you’ll get maybe a weekend of talking, a few dope Let’s Play videos, and probably a few memes. Give it a solid two years, then no-one’s going to be talking about it. I mean, look at Fallout 4 — it’s only been three months and there’s not even a peep.

So it is safe to assume your $80 investment into a mere twelve hours of game play will be washed away from your memory in about three months. After all, at that point you’ll be scrambling to catch yet another Hype Train as it leaves the station.

But an alpaca is for life.

What’s more, Doom the Alpaca still has a one-up. Let’s look at season passes and DLC. You’ll have to pay extra for it in Doom the Game. So, adding this into the mix, the game now probably cost you $130-150, knowing recent pricing absurdities.

Well over the course of their fifteen-year life span, you’ll be able to shear Doom the Alpaca and sell its wool. A DLC that earns you money — let’s see a game do that! Doom the Alpaca’s wonderful warmth will change the world, and even help clothe those in need. In the end, your alpaca will end up paying for itself and handing you a nice profit, thus turning this purchase into an investment.

In closing, before you get all hyped up and ready to pre-order a game, remember the bugs, remember the over-priced DLC, and remember, it won’t bring you the same lifetime of happiness you could get by welcoming an alpaca into your home.

For all your alpaca buying, selling, and trading needs, I recommend The Alpaca Seller, a wonderful outlet connecting alpacas with their new forever homes across Canada.