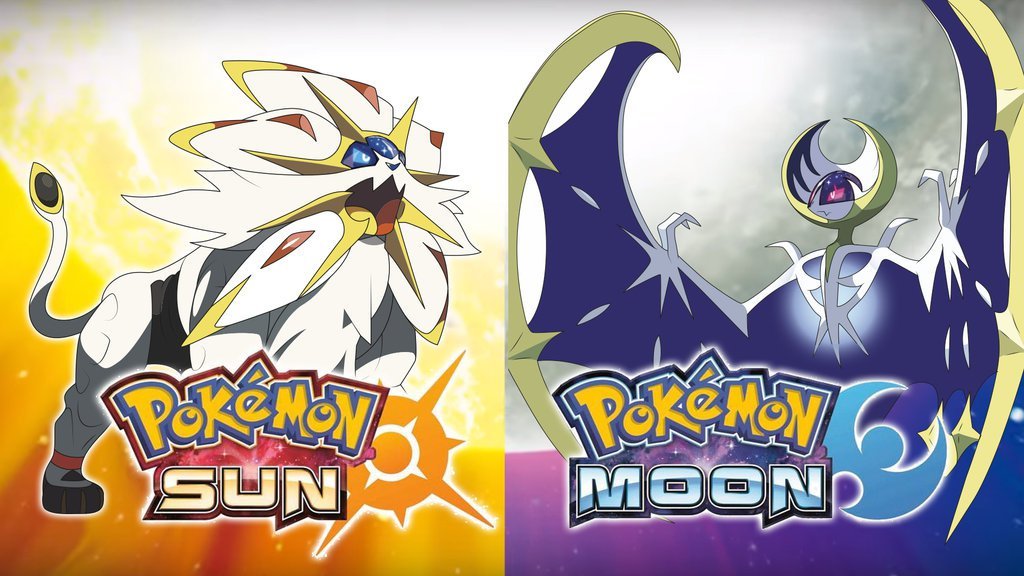 Pokemon: Sun and Pokemon: Moon are big games. There is a lot of meat to be cut from their bones and examined. In my first few passes at this article, I found myself spiralling into mechanics holes – ranting or raving about a totally optional and possibly inconsequential feature of the game.

As an enfranchised Pokemon fan, I am probably going to explore pretty much all of the features the game has to offer, but not everyone who picks up these games will be in it as deep as I will. Besides, every set of Pokemon games has a few unique features that make them special. Generally, they are surface-deep changes to time-tested mechanics.

These changing minutiae are not what set SuMo (Sun and Moon) apart; they are not what makes these games worth writing about. What SuMo does better than any previous entry into the Pokemon canon is:

And it’s these that my review will be focusing on.

The events of SuMo take place in Pokemon’s adaptation of the Hawaiian islands: Alola. While adapting real-life locations is old hat for Pokemon, the sheer amount of detail put into Alola’s design sets it apart from what has come before. While all previous regions have been varied – from a geographical perspective – the common thread of eight gyms, scattered throughout a region centred around a primary metropolis has held true for nearly two decades.

When you first boot up SuMo, you will likely be holding the concepts of past Pokemon games in your mind – things like gym leaders, the Elite 4, and a villainous team obsessed with the legendary mascot of the game. You will find none of these in Alola (at least not at first).

Pokemon gyms have been replaced by the island trials. Each trial is overseen by a captain. Trial captains may sound like simple re-skins of gym leaders, but in practice they are very different. Each of the captains acts as a guide rather than an adversary, and battling them is (usually) completely optional.

Rather than combat, the focus of the island trials is exploration. The purpose of the trials is to display the ways in which pokemon and humans interact within the environment of Alola. The player is encouraged to think about the world they are experiencing while they learn about the customs, environments, and inhabitants that bring it to life. The trials are presented with humour and sincerity, while the captains are well-defined, entertaining characters.

The events that unfold on Akala Island were an especial highlight of my playthrough. I found myself laughing out loud multiple times during the fire, water, and grass-themed trials. The water captain’s lasciviousness and the fire captain’s boisterous scenery-chewing were presented with an earnestness that made both characters feel believable. Too often, the dialogue in Pokemon games is a potpourri of adventure story cliches presented without an ounce of self-awareness. While SuMo still serves up a pretty big helping of cliche-stew, it’s seasoned liberally with meta-commentary and quirky, character-specific idiosyncrasies.

While the trial captains do not play the role of rival combatants, the trials still culminate in a boss fight. In this case, the boss is an exceptionally powerful wild pokemon known as a Totem.

Each Totem pokemon is a remarkable specimen of a species unique to Alola. The Totem’s are worth mentioning because of the challenge they present. Instead of relying on several powerful pokemon presented back-to-back – the way gym battles do – the Totem battles present the ultra-powerful Totem alongside a second wild pokemon they call for assistance.

For instance, Wishiwashi, the water totem, is a very potent pokemon; however, its power is tied to its HP being above a certain threshold. The ally it summons is Alomomola, a bulky pokemon with the move Heal Pulse, which ensures that the Totem’s HP will stay in the range to make it optimally dangerous.

Each of the Totem fights presents a very different challenge. There is no full-proof strategy to make each one easier – you have to be ready to adapt every time you complete a trial.

Once you have finished each trial on an island, you are eligible for the island’s Grand Trial. The Grand Trials are a little closer to what you might expect out of a Pokemon game. They are a battle against the island’s spiritual leader – the Kahuna. Each Kahuna is as well defined as the Trial Captains. They are all integrated into life on their island, whether they act as a mayor or a police chief, it is apparent that they play a crucial role in Alola.

Alola feels organic in a way that past settings haven’t. The regions of other games had little to set them apart beyond geography. In Alola, you are presented with an entire culture that has been shaped by interaction with pokemon. The sense of discovery and wonder that is generated by the unfamiliar pulls you in. You are immersed in the experience of rediscovering everything you thought you knew.

Before I move on to discussing SuMo’s story, I want to discuss one of the major mechanical improvements over the past games – Ride Pokemon.

Any veterans of the franchise will be familiar with HMs (Hidden Machines). Hidden Machines were used to teach your pokemon moves that aided your progression through the overworld of past games. HMs sucked. They were mostly sub-optimal moves that were a liability in battle. Frequently, players had to choose between teaching their powerful pokemon HMs and reducing their usefulness, or devoting one of their six team slots to an “HM slave” whose exclusive duty was to be useful in the overworld.

HMs have been stricken from SuMo. In their place is the Ride Pager – an item that lets you call a pokemon that can aid you in getting around. For instance, instead of teaching one of your pokemon the move Fly to get quickly to areas you have already explored, you get to add Charizard Glide to the Ride Pager. Glide will summon a Charizard that you can hop on and fly to where you need to go.

Not only does this remove an annoying feature of past games, it also adds a moment of childish glee when you see your avatar hopping onto the back of a Charizard and riding it into the sky.

Legendary pokemon are forces of nature. They are plot devices given snappy names and cool powers. Once you capture them, there is no difference between them and that caterpillar pokemon you nabbed at the beginning of your adventure – they are just another weapon in your arsenal. You may feel a rush created by the sense of dramatic climax from your encounter with them, but odds are good that you don’t really care about that pokemon specifically.

SuMo makes you care about that legendary pokemon on the box. They give it a nickname, an adorable infant form, and a personality. You watch it develop alongside its custodian as it weathers a harrowing journey. Instead of a cinematic climax, its reveal as a god-like legendary pokemon is an emotional climax – the culmination of this little creature’s huge adventure.

Just as Alola gives the impression of being the product of incredible thought and attention to detail, so too does the story of SuMo. Every major character introduced, from Professor Kukui to Plumeria, has a clearly defined goal and a personal journey on which they travel. Not all of their storylines contain a resolution, but those that don’t address that lacking element and imply that the hanging threads are an intentional part of the story the games are trying to tell.

There is a sense that deliberate attention was paid to every element of the story in these games. The thought put into these characters allows themes like domestic abuse to be addressed without coming off as tasteless or facile.

The further I get from my completion of SuMo’s main story, the more I appreciate how much these games made me care. The emotional stakes in Pokemon have never been higher, and this game doesn’t deal with the end of the world – just a deeply troubled woman and her relationship with her children.

The Devil is in the Details

As a Pokemon fan, it has been a joy playing through Sun and Moon. If you asked me to design my own entries in the series, these are very close to what I would create. I do have a few quibbles: the removal of sixth generation’s Super Training and horde battles, the lack of a good move tutor, and the fact that the PokeBank application was not available at launch – to name a few. However, these are all complaints fuelled by my inner PokeManiac. As a fan of Pokemon and video games, I can say that the seventh generation has left me feeling totally satisfied.

No matter your Pokemon pedigree – a consistent fan, a newcomer, or even a disenfranchised veteran turned off by recent franchise instalments – I cannot recommend Sun and Moon highly enough. They are informed by the legacy of the previous games without being enslaved by it. The love that went into their assembly is obvious, and the intricacies that turn beneath the surface are unlike anything Pokemon has assembled before.

If there’s one thing that I have taken away from Sun and Moon, it is faith that success has not made the designers of Pokemon lazy. I hope they approach all future installments in the series with the same joy that bleeds from every pore of these newest games.

Jackson claims to have written this from the back of a flying Charizard, and is a writer for AYBOnline. His opinions are his own.