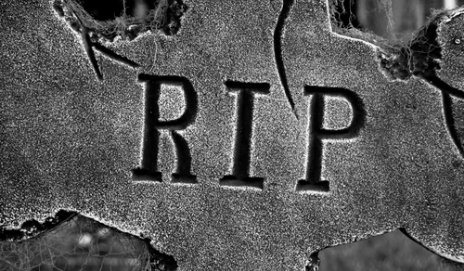 A family road trip when I was 8 years old. Watching Captain Kirk reruns in Grandma and Grandpa’s room after everyone else had gone to sleep. That was my first exposure to Star Trek, and that’s where it all began for me. Before that, “Star Track” 😉 was something my parents watched, that was guaranteed to clear me from the room.

I can almost measure my life’s progress and highlights through ‘Trek. I remember our family’s cabin and two TV channels, with only The Next Generation coming in clearly. I had dates watching Voyager. Faith of the Heart was even heard at my wedding. Fast forward a few years, and I’ve taken the commercialism bite: more than a handful of collectibles, merchandise, models, okay… toys. Plus every TNG book published. And, of course, a uniform.

So, does this make me a super-fan? I don’t know; maybe a fan+, I’d accept that. I do know that I’ve enjoyed the Star Trek universe for more than its special effects, bad puns, and witty repartées. The interwoven stories were (generally) intelligent, bringing together subtle and overt social issues to the fore, and treating science and engineering as something real. Now, I know I’m discussing science fiction here, but how many times have you heard of people saying they’ve entered their respective fields or study (and/or of different technologies being developed) because of Star Trek?

Like many other Trek fans, I was excited to see what the next installment was going to be. Oh… it’s a reboot, eh? Okay, well, it might not be too bad! Look at those trailers! Hey! Did I hear Spock’s voice? Look! They’re welding the Enterprise! Oh… time travel. Well, that hasn’t always been too bad. I didn’t mind First Contact. That worked out! Oh… Vulcans are all dead now, eh? Well… oh…

After it was all done, I felt deflated. Others seemed okay with it, so I kept to myself. But it didn’t feel right. It didn’t “feel” like ‘Trek. “What’s the difference?” some people asked. It’s still called Star Trek! They have the Enterprise, it’s right there! Well, that’s like saying ER and Scrubs are both serious medical shows.

And then we went Into Darkness. More of the same… but now others started to agree with me. The question we started to ask ourselves, the one that was hard to vocalize: “What, exactly, IS the difference?” It can’t be the destruction of the Enterprise. Take a quick look back; she was banged up in Wrath of Kahn, got smoked in Search for Spock, Swiss-cheesed in Undiscovered. Even Picard couldn’t make it through a movie without killing his Enterprise off.

It can’t be possibly be the rough-and-tumble action, right? You look at any previous Star Trek movie, and you see action. You see story, you see fights, you see story, you see… story… story, a little more fight, then more story. Wait, that’s it. I think The Great Bird said it best:

In making this opinion article, I had to carefully examine what, specifically, I disliked about the new “Star Trek”. To say “bah, I don’t like that”, is easy. See? I just did it. But, to explain why…ah, that’s hard. Some filmmakers/storytellers may well believe that it’s simpler to get a tale done by adding action. And, to be fair, often it is. If I’m watching The Terminator or The Fast and The Furious, then I want heavy action, little story. But in Star Trek, less action is more.
Try and think of the “action” sequences of the first few movies. And yes, while they’ve stepped up, even with the TNG crew (still my favourite), it still wasn’t overpowering.

I tried to build a list of “action” scenes for this article. Twice. I came up pretty empty. Ilia (V’Ger) throws a guard? That’s the action? Okay, there’s more as the movies went on, but not that much. In all of Voyage Home, the most action came from when they caught the Ruskie spy, and when the whaling ship shot at the Bird of Prey. Fast forward to the last “real” ‘Trek movie. In Nemesis, how much action was there? To be fair, a decent amount, but in relation to the plot and storyline, it actually flowed perfectly well. A dune-buggy chase, a few space scenes, with a little shipboard action scene thrown in, and it wasn’t over the top. It wasn’t filler or rushed. It all made sense.

Now, we’re stuck with NuTrek. Kelvin Timeline. (AbramsTrek, LinTrek.) Lin, who directed The Fast and the Furious, has no issue bringing us more action than story. Where somehow a slightly different timeline explains different aliens, and canon/’Trek history doesn’t mean anything to us fans.

But there was still hope! Fan films! Sure, less than phenomenal visuals, more than their share of puns, and yeah, a little wit. The short film Prelude to Axanar was great, and it had the feeling of returning to “true” ‘Trek. Less action, more story; more feeling. Then CBS/Paramount took another step in (what is my opinion) reducing the full value of ‘Trek by directly attacking the fans. The fan-led production company was sued by CBS/Para, and new “Guidelines” were established, handcuffing anyone who had any interest in making brand-new stories based on brand-new characters in a not-for-profit manner.

And lastly, we go beyond “Beyond” to discover Discovery. This, my intrepid friends, is the last nail in the arrow-headed insignia-shaped coffin. While there’s been some promising news that Discovery might actually be going back to the roots of good storytelling, it will be nestled safely behind CBS’ premium pay-wall (Yes, there has been some indications that in areas outside of the USA we will be able to see it on other sources such as CTV or Space but these have not been confirmed and the timeline of the release is also unknown). After the “adventures” above, I will not be lining CBS/Paramount’s pockets any longer for Star Trek Collectibles, and future TV/Movies.

Will they care about my $8 for Beyond, and CBS All Access at $6/Month? Nope, not at all… but then again, maybe I’m not the only one out there. Would I partake if I came across it for free? Probably; I’m sure I’ll run into a friend who may well purchase it in the future, for example. I still enjoy science fiction. But I’m afraid Star Trek, for me, has been dead for several years. There’s a “Pine Box” joke there somewhere, but I’m too lazy to find it.

This is a freelance piece done by AYB Staff. Opinions expressed herein are strictly those of the staff member, and not necessarily the collective thoughts of AYB.