Thank You from Indie Alley 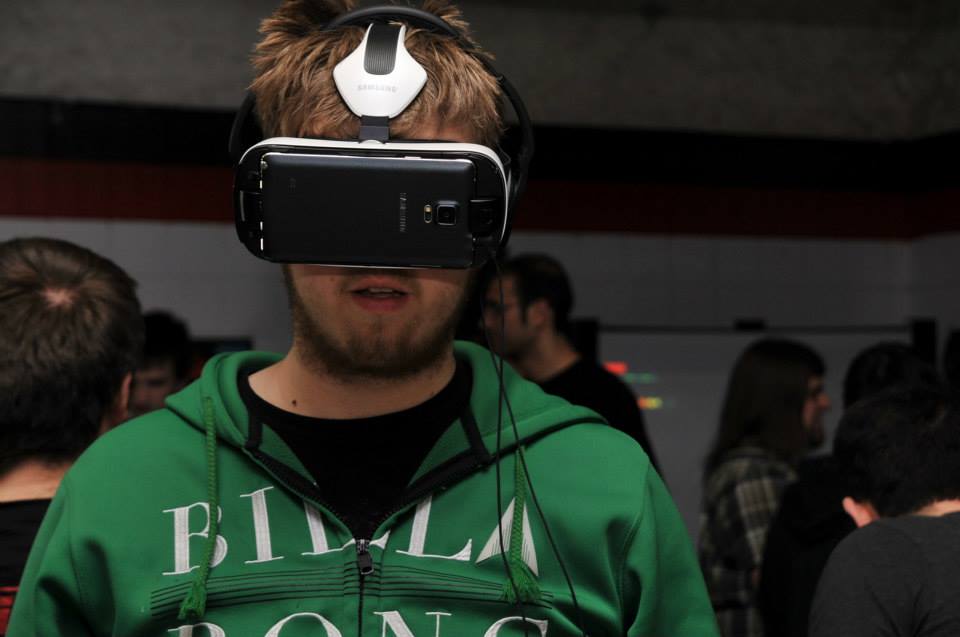 A week has officially passed since Indie Alley at BaseLAN 28, and we here at AYBOnline would like to thank everyone involved, from the developers showing off their games, to the people who came by to check them out! In total, over 50 attendees came and checked out Indie Alley. To our surprise, a few people even came by on Saturday specifically to check it out!

Indie Alley came out to a great start, with Last Refuge on the projector first. The amazing pixel art captured people’s attention right away, harkening back to the hand-drawn sprites of classic games like Metal Slug and Super Metroid.

After a few hours, Wand Wars took the stage. The catchy chiptune soundtrack brought in groups of players who challenged each other and the developers in local multiplayer matches; some of us here at AYBOnline still catch ourselves humming the theme music.

Parallax broke people’s brains throughout the night, and after a while some gamers were so captivated that they even challenged a few levels from its mind bending final chapter.

Man Overboard! showed people the mobile gaming side of VR on the Samsung GearVR. The developer also set up a new demo station app that will change the way we demo the Oculus Rift going forward!

Thirty-six people ran for their lives in our Speed Runners tournament, competing for awesome prizes such as t-shirts and game keys provided by the developer, tinyBuild GAMES.

Overall, Indie Alley was a huge success, and we look forward to continuing to showcase even more independent games in the future!

If you had the chance to check out Indie Alley at BaseLAN 28, or if you’re planning on checking it out at BaseLAN 29, please give us your thoughts! How do you think we could improve our show? Follow this link to give us your feedback!

Check out Last Refuge at: toastersquirrel.com/last-refuge

Check out Wand Wars at: wandwars.com

Check out Parallax at: toastygames.com/parallax

Check out and vote for Man Overboard! on Challenge Post

Check out Speed Runners at: tinybuild.com/speedrunners