Thank You From Indie Alley 2015 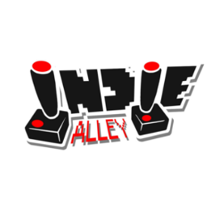 BaseLAN 29 has been over for more than one week now, and I’m only just recovering from the week long high (and flu). Everyone here at AYBOnline has been buzzing about how successful and exciting the event was, and how smoothly everything ran. In no small way that is thanks to all of you, our amazing fans, who played in our tournaments, tuned into our live casts, and checked out our demo area and sponsors.

I haven’t been with AYBOnline for very long. BaseLAN 28 was the first time I was involved, and it was also the first BaseLAN event that I attended. For all intents and purposes, I am the noob here at AYB, but BaseLAN opened their doors to me, and our President Aaron gave me full autonomy to set up a sub-event to showcase local developers, and I am very grateful for this.

As many of you know, BaseLAN 28 also marked the first official trial run for Indie Alley. In May 2015 we featured 4 developers: Toaster Squirrel showed Last Refuge, Moonradish showed Wand Wars, Jonathan Carewick showed off Man Overboard, and Toasty Games showed Parallax. We hosted Indie Alley all day on Saturday, and each game was played by about 40 different people. Some people even came specifically just to check out that and the demo area. How they heard the news, I’ll never know. While it wasn’t a resounding success, it demonstrated that there was a clear demand for something like this in Winnipeg.

At BaseLAN 29 we took the concept and ran with it, more than doubling the number of developers and games. As you know from Kevin’s post about the demo area, we expanded all of our non-tournament showings. This year we showcased nine developers over all three days:

We don’t have an exact count for how many people checked out each of the tables, but conservative estimates put it at around 250 to 300 people playing each game over the course of the weekend – one developer even made their first sale at the event!

Between the live casting, VR demo area, and Indie Alley, it’s clear that BaseLAN is growing from being central Canada’s premier LAN and competitive gaming event, to being Canada’s premier gaming event in general. I could not be more thrilled and thankful to be a part of that growth.

Keep an eye out for more news about Indie Alley and other local gaming events.