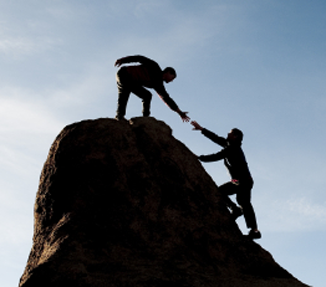 What is teamwork as it pertains to E-sports? For most people, when they are asked to describe teamwork, they say things along the lines of evenly distributing workload or duties and responsibilities amongst the entire team. For example, you work in a department that has a clearly defined structure, everyone is expected to do their share of the work to make sure it gets done.

In Sports, Teamwork has a different meaning. Yes, I said sports. Most of the article will be breaking down how teamwork pertains to a CS:GO lineup, but this is knowledge pulled from years of competitive sports. My descriptions will be completed for T Side (or Attacking Side) in relation to CS:GO.

There are 4 positions or defined roles within a CS:GO Lineup. Those are Entry, Support, Sniper, and Lurk. There is one other mandatory responsibility that needs to be filled, but this can be done from within any role, we will speak to this a little later. Let’s break down these positions, shall we?

This role is the easiest to describe, and the hardest to properly do. Your job is to enter the site according to your strategy, gain information on enemy placement, kill or heavily damage the defenders to make sure your team has an easier run to get in to the site. You do not need to always try and take the frag though, map and site control are key. If you can force a player to fall back and watch from a different angle you may be able to take that round by simple strength of position.

To play this role you need to have great game sense, timing, and a deadly shot. Friberg is one of the all-time gods at this position; his Dust2 Catwalk entries are well known, but his Inferno Banana control is something of legend.

You are there to pick up frags, follow in the entry and trade kills if necessary. If the entry fragger gets tagged up before entering or while clearing the site, you may need to step through and take over that job in the middle of your execution. Pronax is one of the best in the world currently playing this position.

Before I move on, I want to clarify that there are number of professional teams that do not have specified players in these roles, or they have multiple players that could play either position, and the teams switch out these players frequently. Fnatic is probably the best example of this. They have 3 players that can step in to the Entry role and they use that to their advantage quite often.

Not all teams have a designated AWPer, mostly because there are only so many people that are as gifted with an AWP as KennyS, Guardian and JW. The role of the AWPer has traditionally been to hold the hard angle, something to give them an advantage over a rifling player. The current meta is one that has been favorable to aggressive snipers. Using odd angles or pushing to uncommon spots to catch players off guard to get picks have been commonplace until the recent changes to the AWP. Though it still happens, it is less frequent.

Lurkers, or as some people call it “Back Stab”, are players designated for a few tasks. Obtaining map knowledge of the other side of the map, checking for flanks and pushers, and in some cases making noise as a diversionary tactic or trying to pick off individual players. They also have the responsibility of being one to take out rotating CTs, often shooting them from behind as they push toward sites (hence the back stab).

Possibly the most well-known lurking player in CS:GO is GeT_RiGhT. He defined the role within competitive play, and was used to great advantage during NiP’s epic unbeaten streak in 2013/14.

So, we have 4 roles (sometimes 3) for a team of 5 players. This allows for overlap within positions, and creates the opportunity for versatility in placement. Secondary snipers, splitting entry duties, and so on. With the current double AWP meta becoming more established, you will start to see some support players pick up that role and train up sniping to be more effective within that strategy.

All of these roles and tasks within the game can change round to round as instructed by the In Game Leader. Note that I did not add the IGL to the list of roles because they can and should fill any of the above roles. The IGL may call a more push heavy strategy, not splitting the map, to try and pick up a quicker round or if they feel the other team may be saving.