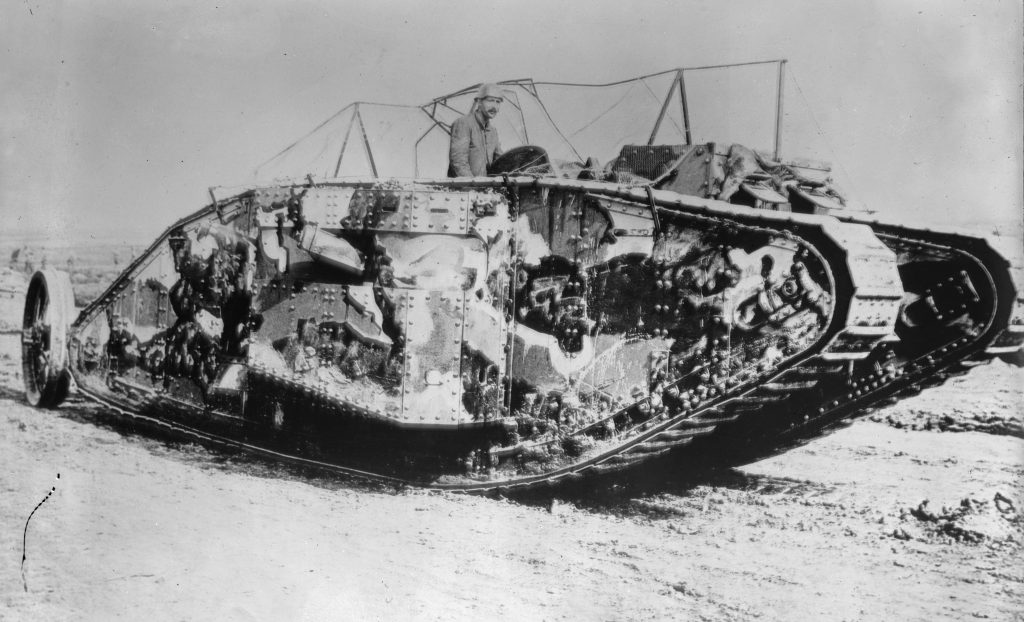 In conjunction with the 100th anniversary of the first tank appearing in World War I, World of Tanks dev Wargaming is publishing a free AR/VR app.

Quoth Markus Schill, Wargaming Europe’s General Manager, in a release: “History is a part of Wargaming’s DNA. We wanted to use all that technology has to offer to give everyone a new way to rediscover [the] history, tanks, and facts of World War I.”

And they certainly appear to have succeeded. Developed by Ballista Digital in partnership with the Tank Museum in Bovington, England, the app is available on both iTunes and Google Play, and will let you see a life-size model of the original Mark I tank (or a smaller version on your desktop) wherever you set it up.

You can also watch “stunning 360-degree virtual reality films” of WWI tanks in action, and future versions will have tanks from WWI, World War II, and more.

The release describes the new app as a “living app enriched regularly with new content”, with plans to allow users to “interact and take control of the tanks themselves”.

The app is available here on iTunes and here in the Google Play store.

How about you? Does the opportunity to drive the world’s first tank get your motor running? Fire off in the comments!

Jesse Mackenzie is the Managing Editor of AYBOnline.com. He can be reached at jessem@aybonline.com.