Taking a Walk in Year Walk on Wii U 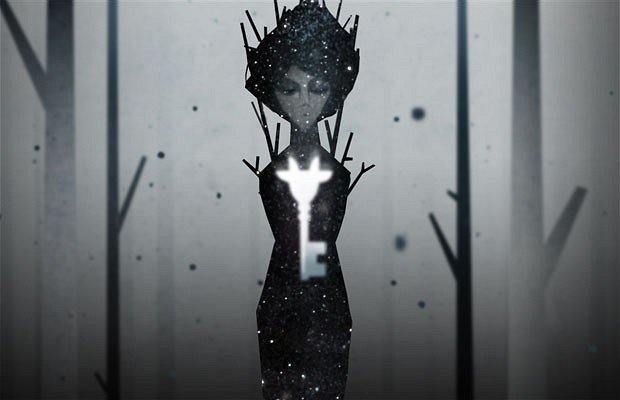 If you were given the chance to glimpse into the future, would you take it?

Especially if it meant risking your life?

Okay, so this isn’t anything new, but this is something I’ve been wanting to write about for a while – a different type of review, I suppose, on Year Walk and its recent launch on Wii U, and also an in-depth look into this gem and what makes it so damn special.

Originally developed and launched for iOS in 2013 by Swedish developer Simogo, the dark narrative puzzler received very positive reviews, which prompted its launch on Steam early last year. With the success of the PC version, the game was brought over just this September to console with the help of developer Dakko Dakko.

So what is Year Walk? Based off the ancient Swedish tradition Årsgång (good luck with pronouncing that), the game follows you – the player – partaking in the dangerous act of Year Walking as a means to see the future, and what it holds for you and the love of your life. You will be confronted by strange visions, haunted by cryptic messages, and above all: you will be tested by The Watchers.

Of course, a watered down explanation of the premise is that you must make your way to the Church. There, you will see into the future.

The transition between mobile to Wii U / Gamepad was a very smooth one. In fact, while I really enjoyed the iOS version, the game just feels like it was meant to be on the Wii U all along (not to detract from the game’s platform predecessors, of course.)

The inclusion of the Companion Guide as well as other key features on the Gamepad definitely adds more value to the game. Integrated into the Gamepad is not only the Creature Encyclopedia, but also a map, an area to take notes, a hints section if you happen to be stuck on certain puzzles, and a cryptic password section that comes into play much, much later. Simple things, but all essential – even the hints section. While I have too much pride to look online for answers, I did indulge in a hint or two for puzzles I had a lot of trouble with. And even then, the hints don’t just tell you the answer; it’s just a cryptic albeit helpful push in the right direction.

Having all of these small-but-significant features in one easily accessible area make it easier to immerse yourself in the story and gameplay. I loved the mobile version, but unless you were fortunate enough to own two iOS devices (one for the game, the other for the Companion Guide app), you were forced to juggle a lot with screens. On the Wii U, you can refer to information you need without having to close down the application just to view the Guide.

While the Steam version integrated the Companion Guide much better, the wonderful thing about the Wii U version is that you can still have your notes or hints open on your Gamepad while you still navigate your way through the woods, without having to pause. Having an on-hand reference to quickly look at what you need to solve a puzzle while making your way to your next destination feels less disruptive and more engaging overall.

But there’s more to this game than these enhancements – which is where the second part of this review takes place: under the hood.

One of my favourite things to do with games (some more than others) is to break them down and discover what makes a game tick – and tick so well. I will be a bit vague in this section as I feel one needs to play this game not knowing what to expect. There are some things that this game does very well, and it has even changed my own mind on how I see games overall. It was one of the first games that introduced me to this kind immersive narrative. Most games out there involve you having to fight off hordes of enemies or button mash your way through a challenge – but not Year Walk.

Instead of being handheld and given clear cut objectives, I was allowed to wander, stumble, and “discover” my objectives with only my guided intuition. If I were told outright what I needed to do from the start and what this game and story was about, I think it would have taken away the surreal strangeness of the world that I was suddenly absorbed in. Instead of aggressively dealing with the supernatural forces in my path, I played spectator and witness to the events unfolding – and yet I felt as though the part I played would mean more in the long run after each encounter.

After completing Year Walk for the first time, I felt a void – as though a huge portion of the story was being kept from me. If there is one thing that I can allow myself to say, it’s this: there is – and you’ll find it was right in front of you all along; you just needed to pay attention and wait for the answers to appear. (Not-so-cryptic Kate says: Playing the game again allows for a Part 2 of the game; not a New Game Plus, but an additional part of the game that is unlocked when you finish it the first time – where everything finally makes sense.)

If we were to break this all down further – and allow me to be kind of meta here – doesn’t this relate to our own lives? Wandering aimlessly, looking so hard for the answers to life’s puzzles, wishing to know what lies ahead of us. Knowing the future and the purpose of everything means nothing if we don’t pay attention and understand the actions that lead up to those moments. We are guided by our own instincts, led by curiosity of the unknown, and plagued by the concept of patience. But everything makes sense in the end. It always does.

With less creepy shit, of course.

Kate is a contributing Content Editor and graphics person for AYBOnline. Her opinions are her own. She also talked about this game on the Level 1 Scrubs podcast once, but it was rudely interrupted by Darude (what an appropriate name.)