Syndicate Will Be the Next Assassin’s Creed 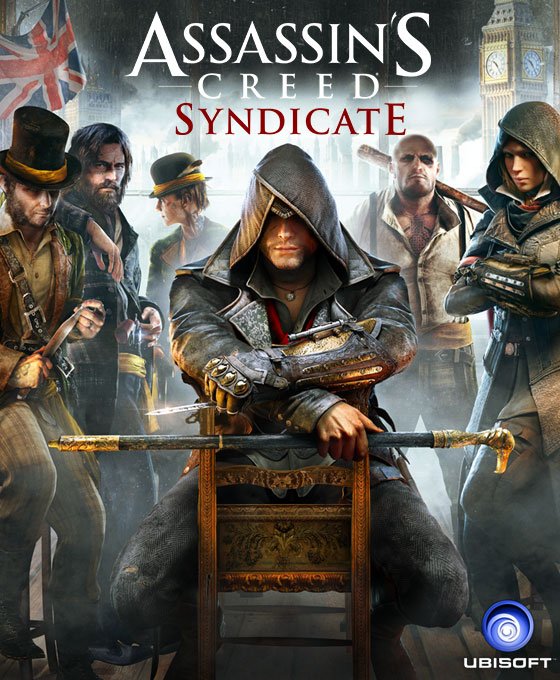 Today, Ubisoft had their live reveal of the next entry to the Assassin’s Creed series, Assassin’s Creed: Syndicate. This time it takes place in Victorian London circa 1868, right in the heart of the Industrial Revolution.

Jacob Frye, the games’ protagonist, is a born-and-bred assassin. He asserts himself as the leader of one of the city’s most notorious street gangs, and with his power he intends to put a stop to the oppression these new leaders of industry see fit to exploit for their own profit. “Time for a change,” he says in the opening scene. Frye sees a better future coming; with electricity and the telegraph, the world is about to change for the better. He’s determined to make sure that future isn’t soley for the wealthy. “But it must be a future for everyone,” he declares.

Considering the way the developers of the game were talking about their heartbreak over Unity’s poor reception, it seems this is how the company has approached the new game. They seem very keen to make sure this game is as good as people want it to be. You can see the passion in the way they talk about the series.

In a game series that’s seen as many iterations as AC, it gets to a point where new features might not be exactly what the series needs. Sometimes stretches are made just in the name of new content, but Ubisoft has shown they still have relevant ideas. For the first time in an AC game, you’ll be able to use the environment to take out your targets. There was little in terms of specifics, but they did show a scene where Frye cut the rope to a hanging pallet of barrels, that then dropped on an enemy’s head. Presemably there will be myriad other ways to use objects to kill more subtly.

Another new addition to the series is high speed chases. This is of course Victorian London; people are hustling about in horse-drawn carriages. An example of such a chase was shown in the reveal footage. It looked a lot like if Grand Theft Auto took place 150 years ago. I’m personally looking forward to running amok with a few horses trampling through the streets.

Assassin’s Creed: Syndicate is set to release on October 23rd on PS4 and Xbox One, and is promised “this holiday season” for PC. You can pre-order the game today at various retailers.