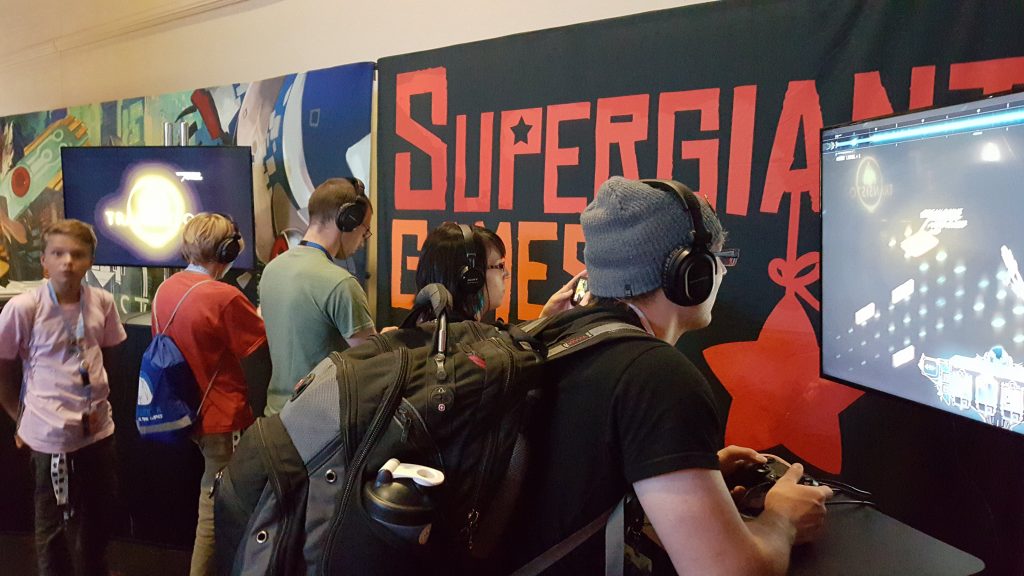 It took me a few days to get to this, mostly because I’m still sitting here going “DID I actually speak to Greg and Darren? DID that actually happen” As I shake my head, look at the footage and the proof’s in the pudding, I did talk to Super Giant and they are amazing.

In a world loaded with characters, con goers and game studios, it’s not every convention that you get a chance to talk to one of your favorite studios, never mind have the chance to meet the team. With a convention floor loaded with thousands, here it was: the Super Giant Games wall – busy as it can be. It was such a surreal event, and I’m still playing it back in my head. Seeing the fan interaction, the genuine excitement – it was all such a beautiful experience, and trying to describe the feeling with words is hard. The best way to describe it is with a question: “IS this real?” 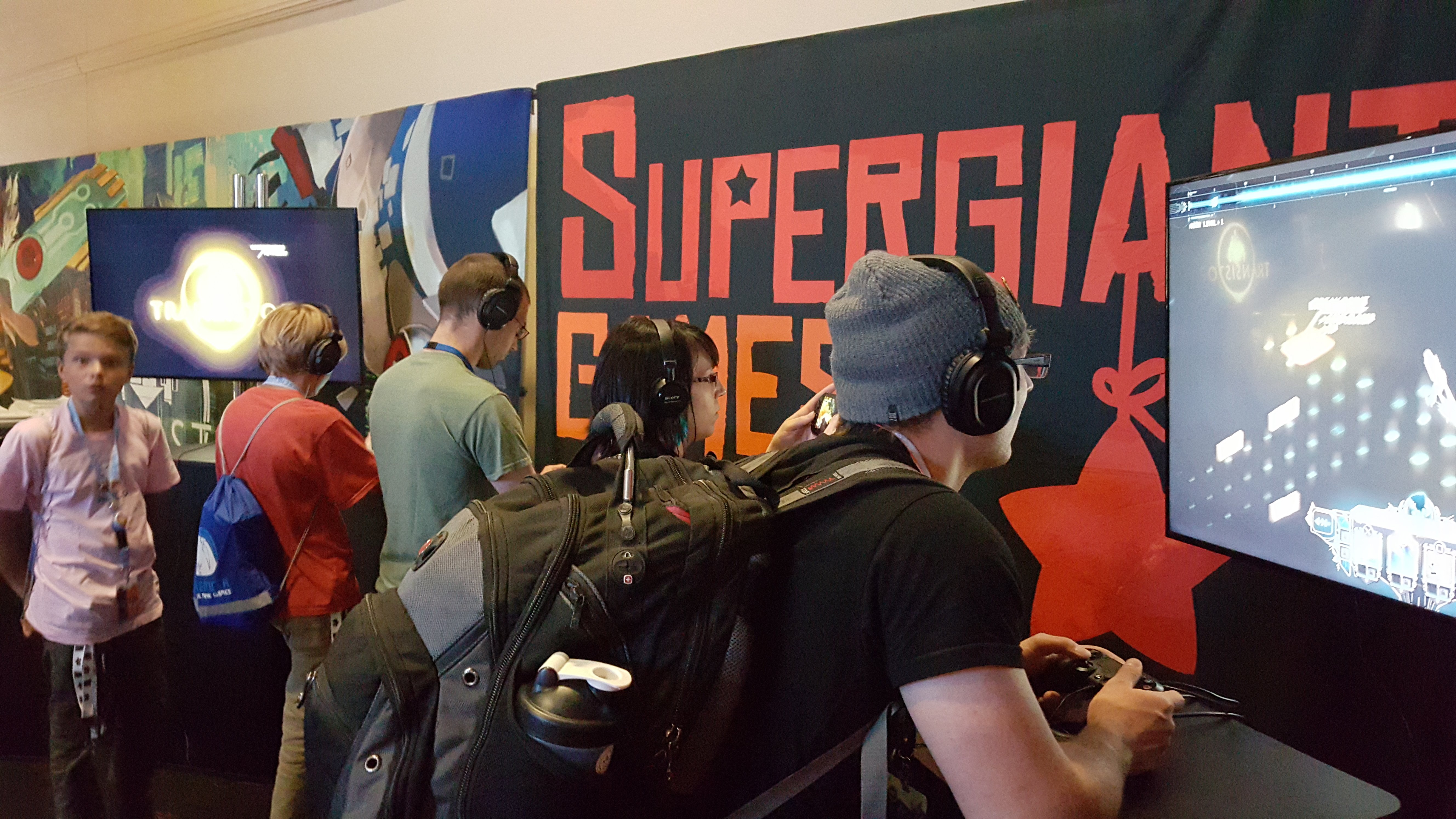 I’m going to level with you all here, I love what Super Giant Games does: their art, their story telling, the music – I love it all. I have the Transistor original sound track in my car and I’ve listened to it more than 500+ times now. I invite you to listen to the album yourself. The feelings I get while listening to this album, it just takes me someplace else. I am simply just in love with the music. It’s an unreal feeling, it’s just beautiful and soothing. I have two copies ready for when the other one burns out.

What I love the most is how everyone at the studio is a genuine, good-hearted individual; it was an odd and overwhelming feeling to be so welcomed, and get such a personal experience. Super Giant Games truly cares about their fans, and that’s why I am so excited to share such a personal and close to my heart experience with you all. 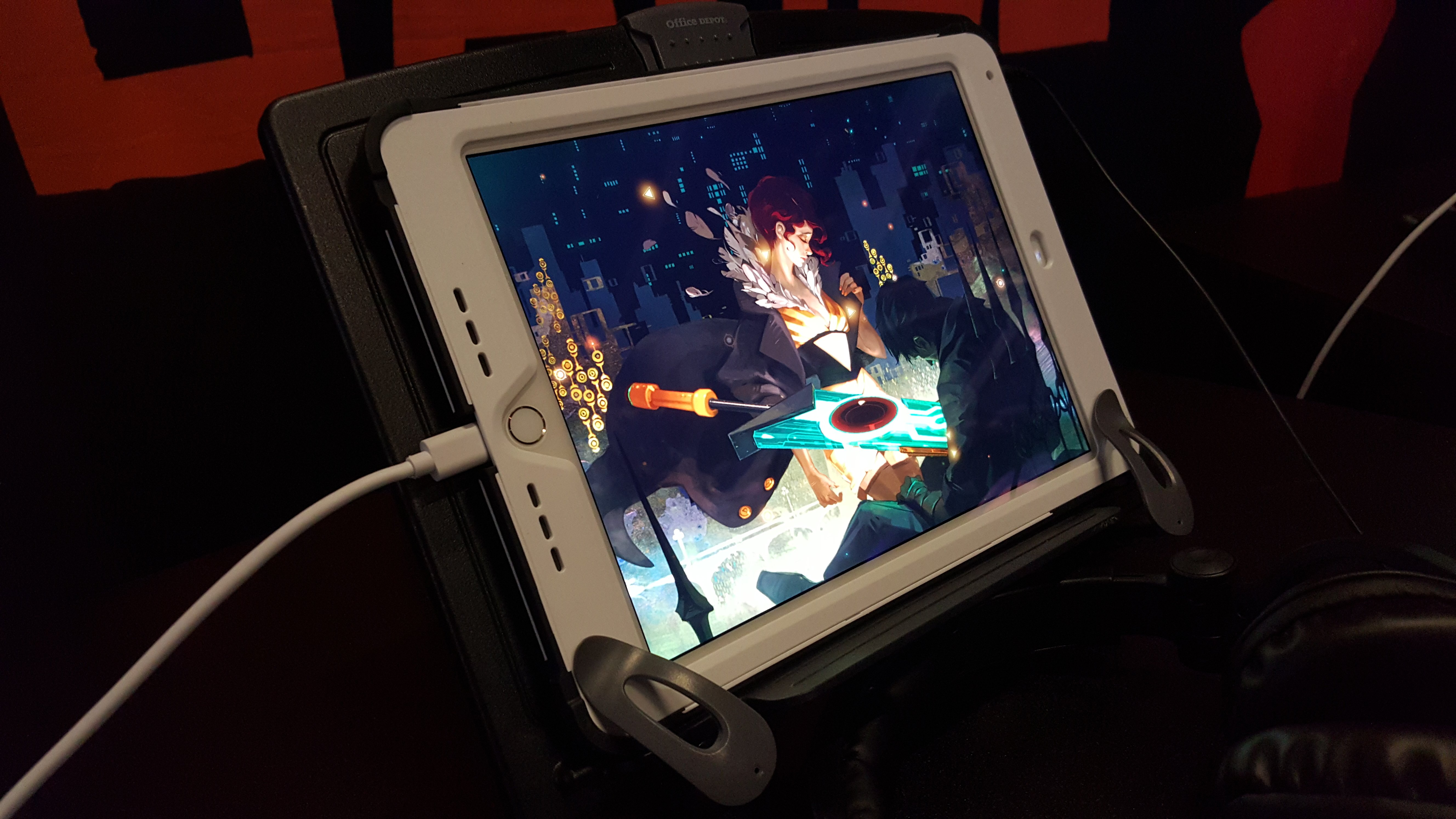 Please enjoy this interview I had with Greg Kasavin, who wrote the story of Bastion and Transistor, and Darren Korb, the composer for Transistor and Bastion.

This was truly an unreal experience, and one I hold close to my heart.

Thank you Super Giant, for making my Pax a genuinely great experience and caring so much about your fans. Never change.

Orion is a Contributing Editor for aybonline.com and self-proclaimed Field Reporter. Catch him Thursdays at Reset Interactive Ultralounge with the official AYBOnline “Level One Scrubs” Podcast, live on Twitch!  Twitch.tv/aybtv