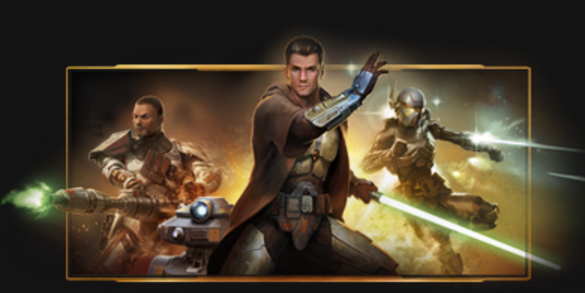 In case you missed it last week the next chapter in the online MMO Star Wars: The Old Republic was released free to all subscribers. The new content titled Anarchy in Paradise introduces a seven part episodic expansion and introducesthe infamous mercenary known as Firebrand. The new character embarks on a mission to destroy the Eternal Empire as well expand on the story of the Outlander.

What really takes the cake here is ALL subscribers to the MMO will receive all existing and future chapters of Knights of the Fallen Empire for free as long as long as they maintain their subscription. New players can jump in immediately with a level 60 character.

So really, if you have yet to experience the Star Wars universe through Bioware’s legendary writing perhaps the time is now!