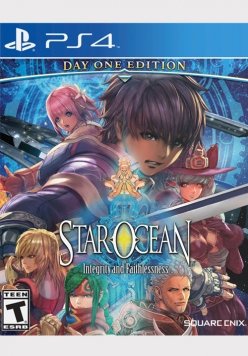 Star Ocean is back! The epic sci-fi RPG saga returns this June with STAR OCEAN: Integrity and Faithlessness on June 28,2016. The title will be launching exclusively on PS4 with two editions — the Day One edition and the Collector’s Edition, both with brand-new features and a ton of content. 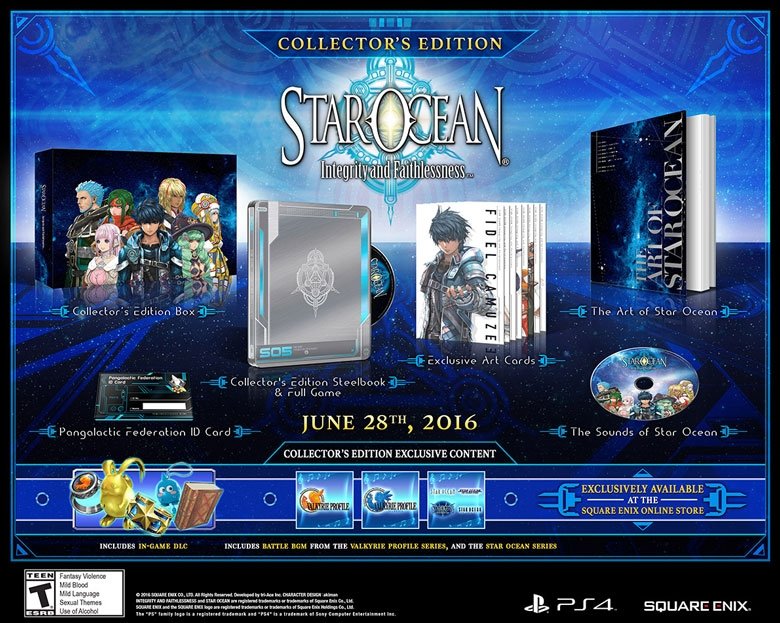 Square has shared very little about the story so far, other than it will be following Fidel and his friends as they protect a mysterious girl named Rellia, who holds the key to this story.

From what we know so far, the Collector’s Edition is where it’s at, featuring a beautiful steelbook case, containing the game and Sounds of the Star Ocean sampler CD soundtrack, featuring 16 tracks from famed composer Motoi Sakuraba — also known for their work on the Tales series, Valkyrie series and even Dark Souls.

It also features some exclusive content for the diehard fans, including a Pangalactic Federation ID card, an 80-page art book, and eight exclusive art charts featuring characters from character designer Aikman, who is also known for their work on Street Fighter. In-game, you’ll get DLC items that will aid Fidel and crew on their journey, such as the Ring of the Valkyries, Gold Bunny Statue, Bushybrume Cincture, Wristlet of the Stars and Secret Sthalian Tome.

STAR OCEAN: Integrity and Faithlessness will will run you $59.99 USD for the Day One edition and $109.99 USD for the Collector’s edition, exclusively through the Square store. Of course, if you’re a die hard fan that’s been waiting years for this, that is a small price to pay for all this content!