Star Citizen: What You Missed at Citizencon 2015 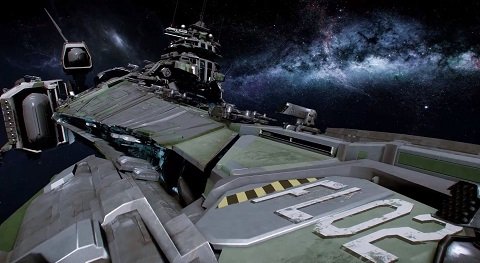 It’s been over a week since fans left Manchester, UK and Citizencon 2015 wrapped up so you might be wondering why you’re here reading about week old news. Well, after seeing how so few people know about Star Citizen in the first place and even fewer know about the big announcements like Gary “Commissioner Gordon” Oldman that were made, I thought I’d try to fill in those who missed out. There was also that Star Wars space thing last night that, too. More space stuff is good stuff, right?

First up is, of course, the biggest star announcement, depending on if you’re an X-Files fan… but I’ll get to that: Gary Oldman! Chris Roberts revealed that the iconic actor will be one of many starring in the story mode, Squadron 42. Check out his character’s speech below.

Mark Hamill, Gilian Anderson, Mark Strong, John Rhys Davies, and Rhona Mitra (who I’ve had the worst crush on since junior high) are among a huge cast of characters. It’s an incredible list but given the almost $100 million they’ve raised in crowd funding? Not surprising.

Most impressively, Chris Roberts showed off the online portion of the game, featuring several players together almost seamlessly moving from a space station’s combat centre, to a multi-crew ship together, lifting off, jumping to light speed, battling pirates, and recapturing a station. It’s buggy but still incredible to see in action as no game has pulled off this much at once before. It remains to be seen if this alpha footage will be how the final game looks but I’m very hopeful. Maybe someday my friends and I will live out some Battlestar Galactica fantasies in a massive cruiser online?

On the “you can touch this right now” side of things, Roberts announced the Star Map and launched it on the company’s website. It’s another impressive piece of work that will apparently help players navigate the universe they’ve created and dig into the lore. You can check it out here right now but make sure you’re not on your phone or a low end PC; it’s beautiful but demanding.

The recent ginned up controversy aside, it’s hard not to be optimistic about the state of the game. Unfortunately it has been delayed a few times now but several of the gameplay modules are currently playable. The module I’m waiting for, the persistent online universe to live out my Battlestar fantasies in, hasn’t been released yet, but “Planetside” social module is for up to 24 players. All things considered, the future is looking bright and I’m still pumped to see the final 1.0 release of the game next year.

Want to check out all the neat stuff Matt was talking about today? Check out Star Citizen’s official page here. There’s no referral link to get him space bux, I swear.

Matt Kondracki is a Contributing Editor to aybonline.com. He watched too much of the rebooted Battlestar Galactica (2004) series 10 years ago.