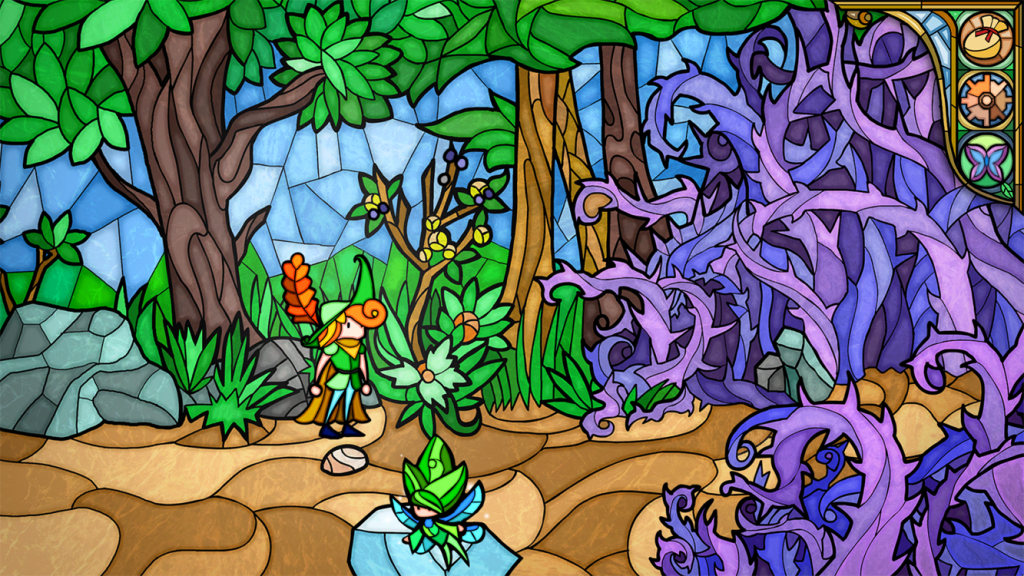 Congratulations, the Princess is in this castle. But it’s protected by thick, razor-sharp brush, and she’s been sleeping for a hundred years. Witch’s curse, or something. You know how it is.

Borne out of the 2014 Indie Game Maker Contest, Little Briar Rose released on iOS and Android yesterday. The adventure-style game is made by Elf Games Works, an Italian studio made up of two people. It’s coming to Steam on December 2.

Little Briar Rose, the original text, is the Brothers Grimm version of Sleeping Beauty, based on Charles Perrault’s The Sleeping Beauty in the Wood (based on Italian poet Giambattista Basile’s Sun, Moon, and Talia — which is, apparently, still not the first one); the basics of the story are the same as the Disney version, except that in the Grimm version, the whole castle falls asleep and the whole kerfuffle could’ve been avoided had the king and queen been better hosts and kept more golden plates.

The game appears to be an imaginative new take on a classic tale. Stocked with puzzles and fantastic creatures, the game is suitable for all ages, according to publisher Mangatar. The ending, we’re told, can be a bit unexpected, so how far it actually follows the story we’re all familiar with remains to be seen. 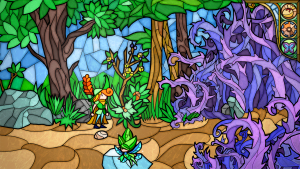 The art-style is exceptional. Similar to Apotheon, which took place on a piece of Greek pottery, Little Briar Rose exists in a living stained-glass world. The graphics are hand-drawn.

“We wanted to let the player join a lively world and interact with the flat surface of a stained glass, so we considered the setting as a theatre piece,” says artist Fabiola Allegrone. She says the scenery was inspired by Casina delle Civette, but credits comics for teaching her how to improve scene readability.

The trailer shows what looks like a down-right beautiful game: the colours, the ultra castley-cool harpsichord-like music, and delightful lines like, “It is me, Prince Stephen I…” and “Lo! There, the castle!” — magnifique.

“Little Briar Rose is a little, real jewel standing out from the ocean of video games,” says Alfredo Postiglione, Mangatar art director and co-founder. “This peculiar title, inspired by the old graphic adventures, is filled with that magic recalling the settings of the greatest ‘80s and ‘90s movies.”

Little Briar Rose is currently selling for $3.99 Canadian on the App Store. You can also get a bunch of game-related iMessage stickers free!