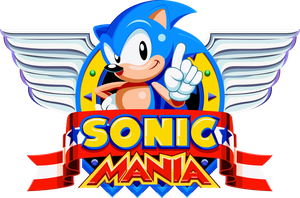 In September 2016, Sega announced the Sonic Mania Collector’s Edition for North America. At that time, there seemed to be no intention of a European pre-order for the collection. That all changes now! On October 17th, Sega Europe Announced that this edition is headed to Europe! It is currently available for pre-order through Amazon UK, Spain, France, and Germany.

Just in case you did not hear the news from the North American announcement, this edition will contain a code for the game on a metallic collector’s card, a stylish Sega cartridge cast with a golden Sonic Ring and a 12″ Sonic statue with the classic Sega startup audio sound effect. All of these items will be delivered inside a very cool collector’s box. The Collector’s Edition will be limited, so if you are interested it would be a good idea to order one soon.

Sonic Mania is a 2D side-scrolling platformer in the style of the classic Sonic games on the Sega Genisis. The game will feature remixed stages as well as completely new zones. In an effort to preserve the classic style, the only playable characters are said to be Sonic, Tails, and Knuckles each with their signature abilities.

Sonic Mania is in an interesting position and is a bit of hopeful light at the end of a tunnel for Sonic fans. It is not much of a secret that the blue blur has been having issues for the past several years. It is clear that this game is intended to recapture some of that lost glory. Christian Whitehead is involved with developing this game. Many Sonic fans know him from his days making Sonic fan games and later being hired by Sega to port Sonic The Hedgehog, Sonic 2 and Sonic CD to iOS. Needless to say, the man knows his stuff. As a Sonic fan myself, I am cautiously optimistic. Sonic Mania is aiming for a digital release in spring of 2017. The game will be available on PS4, Xbox One and PC.

When Nedu is not listening to the theme for Sonic 3’s Hydro City Act 3 on loop he writes content for AYBOnline. His views are his own.