Song of Horror – A Different Kind of Scary 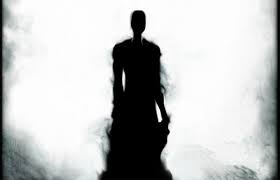 I’ve said it many times on the Level 1 Scrubs podcast (shameless plug), and I’ll say it again: I love horror games. But lately I’ve been feeling if you played one, you’ve played them all – many of them taking notes from successful franchises and one-shotters such as PT, Fatal Frame, and Resident Evil (to name the big hitters).

So it’s refreshing when I come across a game that seems to take risks in how it delivers its horror to people like me.

I follow an indie game development blog that shows games in various states of completion, and when I stumbled across Protocol Games’ Song of Horror‘s screenshots, curiosity caused the cat to click on the kickstarter (try that tongue twister).

It might have been the Evil King Stan style of the persistent entity in the screenshots, or it might have been how the kickstarter campaign presented its overview. Regardless, the scare itch was triggered, so to say, as I read more.

The trend lately is that current scary games require everything to be in first person view now. While the tactic definitely delivers the fear right in your face, horror games are still effective in third person. Song of Horror offers this same experience, having 16 playable characters tell this deadly narrative.

But that’s where Protocol Games changes it up. When you die in most games, you start back at the last checkpoint, but not Song of Horror. Adding in a permanent death feature, the developers put it in your hands to tell the story. With each chapter starting with a character you choose, the story shapes itself dynamically, dependent on the characters that survive the chapter. If one character dies, they’re not coming back. Another character takes their place, with the story changing slightly in how each new character reacts to situations, depending on their background, opinions, and quirks. Each play through would be vastly different than the last, offering great replayability.

Jam packed with great content, puzzles, music, and wonderful tier offers, Protocol Games has 11 days to meet their goal. They’ve already been Greenlit on Steam and are using the kickstarter campaign to assist in their completion of the game, showing off their music samples, story progression structure, and some creepy screenshots, making it one of the most fleshed out kickstarter pages I’ve ever seen in my humble opinion. It would be great to see this game finished.

So what do you think? Would you play this? If anything, at least you can check out the Pre-Alpha demo for free!

Kate is the Deputy Editor and graphics person for AYBOnline, and producer on Level 1 Scrubs Podcast. No one is telling her to talk about this kickstarter, she just really likes scary games. Her opinions are her own. Feel free to follow on Twitter!